A Trek Into The Unknown! 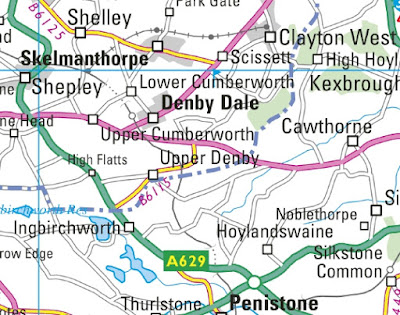 Before the Industrial Revolution the village was sparsely-populated with a small textile industry near the Lane Head crossroads of the Barnsley to Oldham (A635 - red) and Sheffield to Huddersfield (A629 - green) roads.

Within 25 years, factories and mills had been built and had a railway station on the Penistone Line. Denby Dale provided the textile industry with raw materials, coal, and transportation.

Its viaduct, once a wooden structure ... 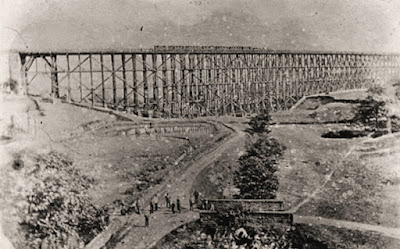 Silk for the Queen Mother's wedding dress was made at Springfield Mill; herewith a memo "slip" from the owners with the stain from the paper clip to left.

They did things "proper" back then. The mill buildings are now, inevitably, a collection of industrial and retail "units" but better that than demolition. 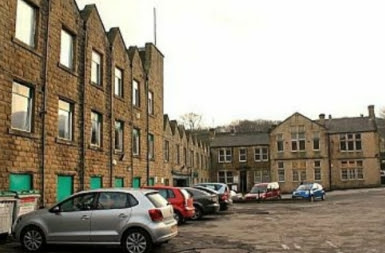 The station was once quite palatial for a small community ... 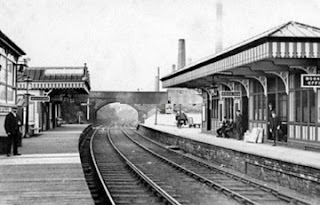 ... but is now in the single platform plus shelter style. 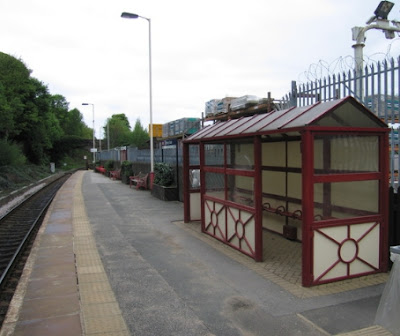 The brickworks, seen beyond the station in the "old" picture ... 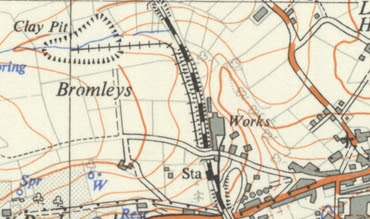 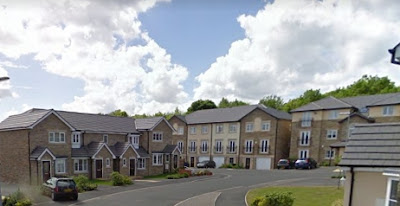 ... with quaint names: Bromley Bank, Blue Hills Lane, Clay Delf - as in blue clay for the bricks. The scar of the quarry is still clear in Google's aerial view. 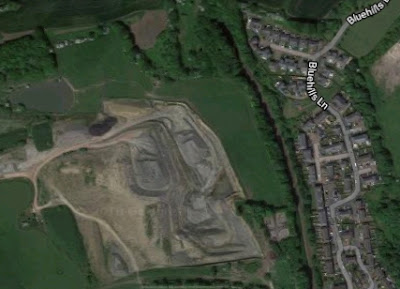 Because of the lie of the land and the height of the viaduct, it is a hefty climb to get from main road up to the station ... 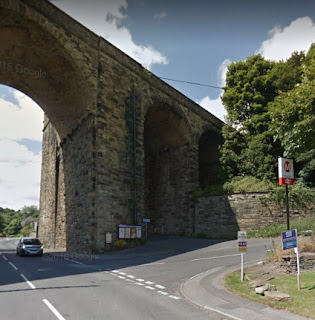 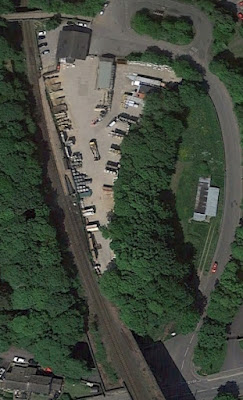 ... you are guided to the station via a small car park. 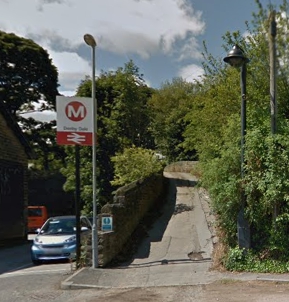 Notice those posters back on the main road ... 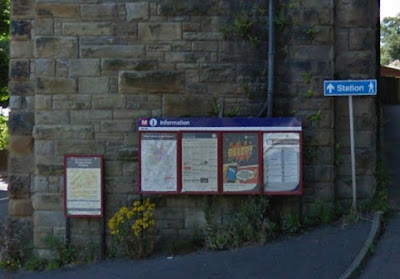 ... and a sign which takes you under the viaduct and up a steep footpath to the station. There are steps ... 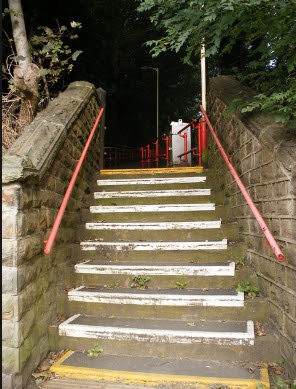 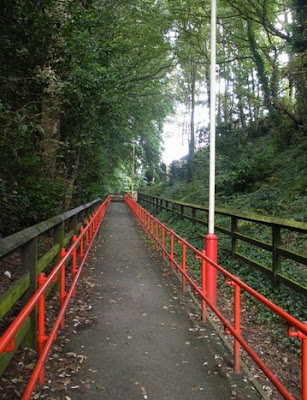 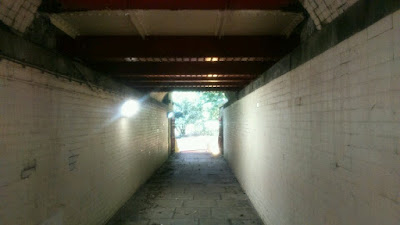 fbb would vote for the "road" route! 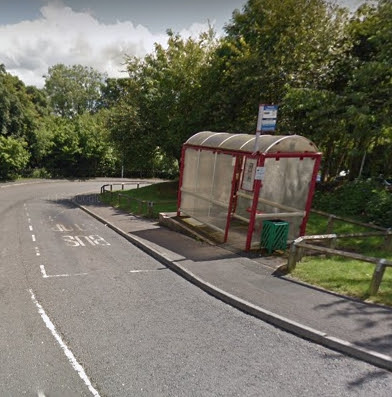 Note also that there is a bus stop at the foot of the final station path and we will return to that luxury later.

But why fbb's interest? Sheffield newshound Roy was there, and was intrigued with events of last weekend, 20th and 21st January.

But where does the pie come in? 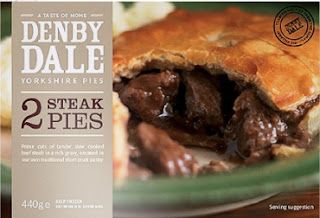 Denby Dale Pies is a manufacturer of pies founded in the 'Pie Village' of Denby Dale. Their products are sold in branches of Sainsbury's, Tesco, Waitrose, the Co-operative Food, Asda, Morrisons and Booths. The Denby Dale Pie Company was sold to Chapel Foods Ltd. in 2013, and became part of Country Style Foods in 2015.

How a pie should be
They may not be perfect-looking, but that’s the beauty of our pies. Hand-filled, hand-crimped, hand-finished and a bit rough around the edges. In fact, you might just get away with passing them off as your own.

But as Chris Tarrant was wont to say on "Millionaire", "We don't want to give you that!". fbb is fairly certain that Denby Dale Pies are no longer made in Denby Dale.