It all started when fbb, in a fit of feverish enthusiasm, made another attempt to clear out some of the thigh deep layers of junk in his "office". A slow start to the "downsizing project"! Poking up from the mountains of mess were to boxes of photos that your author knew were somewhere; possibly in landfill after some energetic expulsion by Mrs fbb. 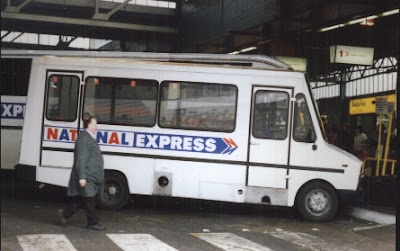 A National Express minibus, no less; providing a "luxury" service 331 from Bristol Bus Station via Temple Meads Railway Station to Bristol Airport. Date? Not sure, but late 80s.

... and local buses on a variety of routes under the First Badgerline banner. 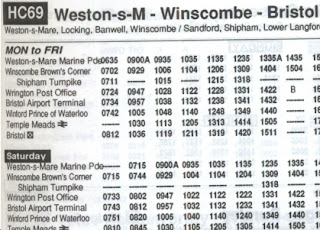 The airport began as an overflow site for the military in 1940 and its expansion into a civil facility started in 1955. 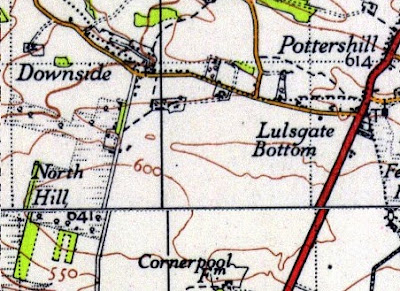 Like most regional airports it has grown staggeringly. The local road south from Downside has been wiggled round the runway and the A38 have acquired a pregnant bulge; presumably to stop planes landing on it! 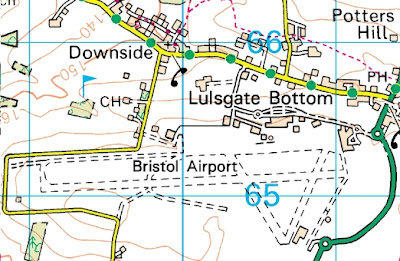 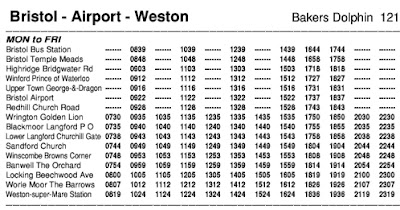 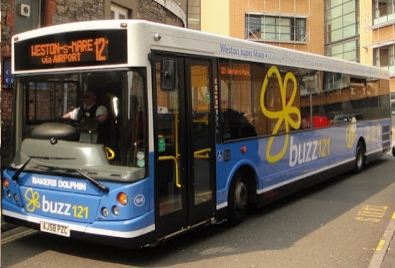 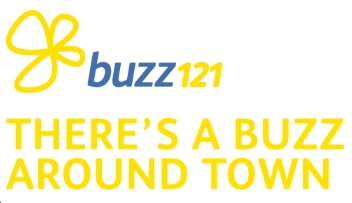 Sadly the management of the Airport hasn't quite caught on to a change of operator yet. 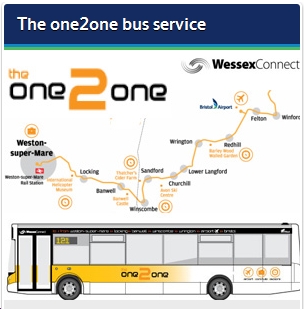 They think it's still run by Wessex Connect! fbb guesses that the main customers for the 121 will be airport staff rather than luggage laden holidaymakers.

For the bus spotting fraternity, fbb is able to report that at least one of Bakers Dolphin's "new" vehicles for the route has travelled many tiring miles to bring a buzz to the bottoms of Lulsgate as it was previously in the service of Perrymans ... ... over the border in Bonny Scotland.

But the successor to National Express and First Wessex is a much changed facility, still in the capable hands of First, but now running "up to" every ten minutes. 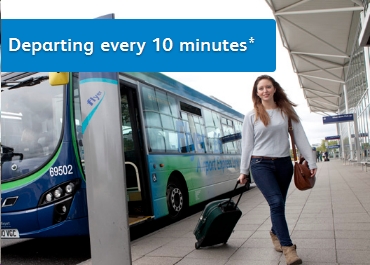 Sometimes, fbb is just a little sad that such publicity always features young trendies with minimal luggage and a broad smile. What about the elderly, overweight and arthritic sombrero-wearing  pensioners with too much luggage and a huge straw donkey? 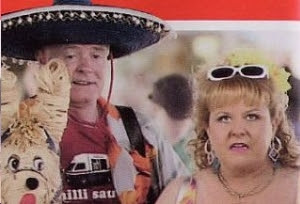 Perhaps the likes of Mr O'Leary and his punitive pricing policy have effectively rid our airways of such dubious delights? Olé!

So, tomorrow, we take a look at this super-slick coach service numbered A1

Or is it both?


Next Bus Blog : Sunday 17th Febuary
Posted by fatbusbloke at 02:00