Bus One; What Fun!

Lodge Moor hospital was erected as a result of the Sheffield smallpox epidemic of 1887-1888. Despite the increasing number of vaccinations, the disease remained virulent and the one way of keeping it in check was to isolate those with the disease from the healthy members of society. With this in mind Sheffield Corporation built the hospital on an area of rough moorland called Lodge Moor on the western outskirts of the city. 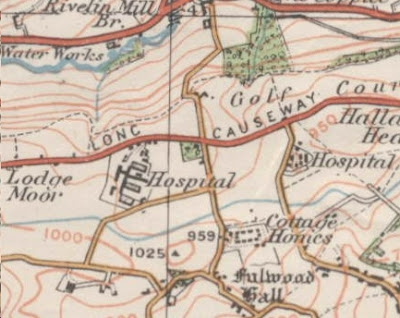 The hospital was built at the high altitude of 280 metres (919 feet) above sea level as it was thought that this would give the necessary fresh air to patients.  By the turn of the century the diminishing number of smallpox patients due to widespread vaccination made it possible for Lodge Moor to admit patients suffering from other contagious diseases such as scarlet fever, diphtheria and typhoid fever. 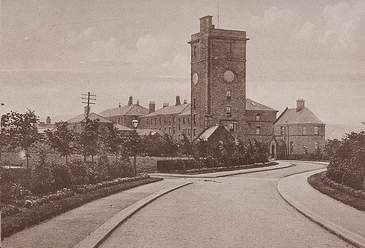 Further expansion to the hospital completed in 1905 saw the addition of the six South wards, the main lodge, waiting room and the square tower which is a conspicuous landmark in the surrounding area.

The other hospital on the right hand edge of the 1930s map extract shown above was Crimicar Lane Fever Hospital ... 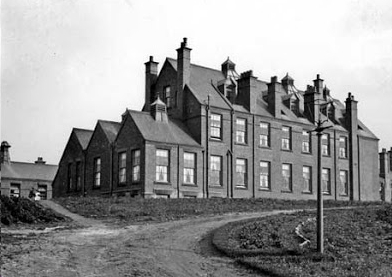 Until 1913, the only way to get to the Hospital(s) would be to walk miles from Fulwood, Crosspool or even Broomhill or arrange to be conveyed by the hospital coach. 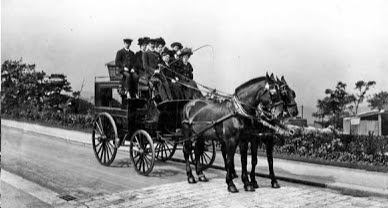 It is not clear whether ordinary mortals could use this facility; but whatever echelon of society was included, there was nowt else until Arthur Robinson Fearnley [ARF] had his bright idea.

Giles Fearnley's grandfather tried out his bus, running from the bottom of Manchester Road to the Hospital on 15th February 1913. 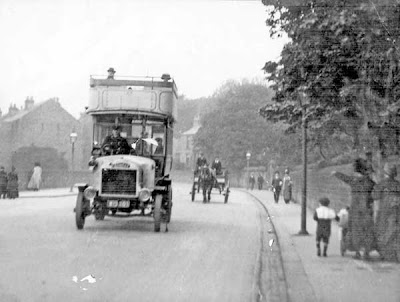 The route was hugely successful and soon needed extra vehicles. Here fleet numbers 1 and 4 and seen here coping with the crowds at the hospital gates. 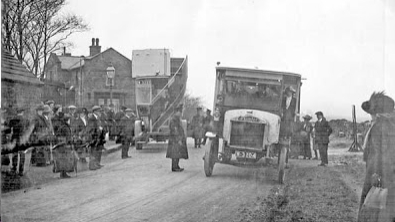 And not that many months later we are up to Bus No 10 in the fleet as "they new fangled motor buses" spread to many other parts of the City. Nevertheless No 10 is here shown on Sandygate Road ... 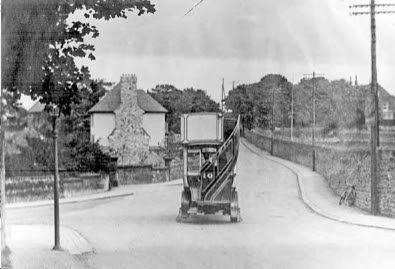 ... speeding its lightly loaded way back to Broomhill. Is that the photographer's bicycle leaning against the wall on the right? Probably not, as his camera would have been the size of a small bungalow! The eagle-eyed might just spot the bus stop; still in the same place after a century. 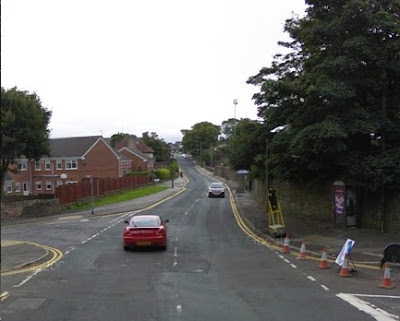 The great fascination with ARF's expeimental bus route is that, although the environmental surroundings have changed somewhat, the route still runs today between Broomhill and Lodge Moor; holding the (non-existent) award for Sheffield's least changed bus route. There cannot be many bus services nationally that follow the same roads as their 100 year old progenitor.

We shall see more of this century of omnibological heritage in tomorrow's "History of the Route" blog.

fbb has blogged previously about Bus No 1; particularly the location of the "official" vehicle photograph; see "Why Bother with Wyming Brook" (read again)