And the Last [Diamond] shall be First! 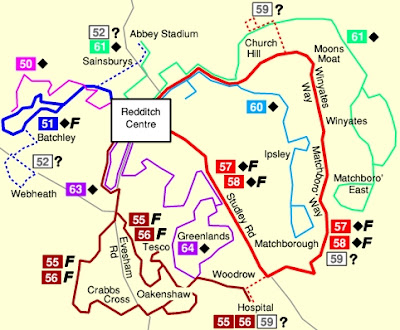 Yesterday we looked at the three most frequent Redditch town services; of which two (51 Batchley and 57/58 Matchborough) have head-to-head competition between a declining First Bus and a growing Diamond (now re-re-named as "Diamond Worcestershire"). What's left, with two minor exceptions, are all operated by Diamond with some having been abandoned by first in the past. 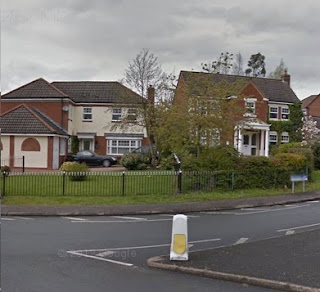 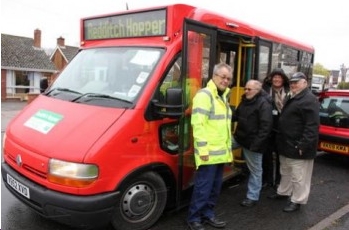 The first community run bus in Redditch, linking Webheath and Batchley with the Sainsbury's "Supersttore" north of Redditch town centre. Every hour, Monday to Friday 0930 to 1430.

59 Church Hill Matchboro' Hospital  Community Bus
This route provides a daytime Monday to Friday (hourly 0900 to 1500) link to the Hospital, provided (in part) by Diamond's 58A on Sundays. 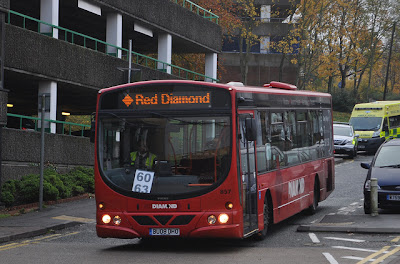 Dig the crazy confusing destination board! (Card, sheet of paper?) Is it a 60 or a 63? Who knows? The 60 route follows the line of an "old" but much rejigged Ickield Street ... 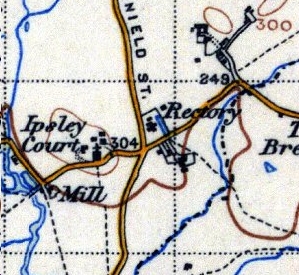 ... via the ancient settlement of Ipsley ... 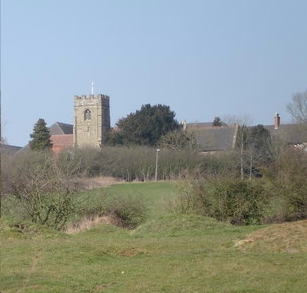 Icknield Street or Ryknild Street or Ricknield Street is a Roman road in Britain that runs from the Fosse Way at Bourton on the Water in Gloucestershire to Templeborough in South Yorkshire. It passes through Alcester, Studley, Redditch, Metchley Fort, Birmingham, Lichfield and Derby. 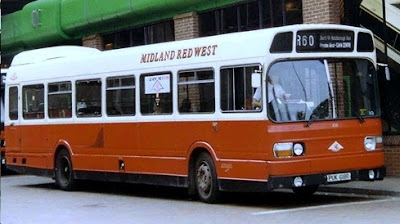 60 bus before First : before they cast it aside 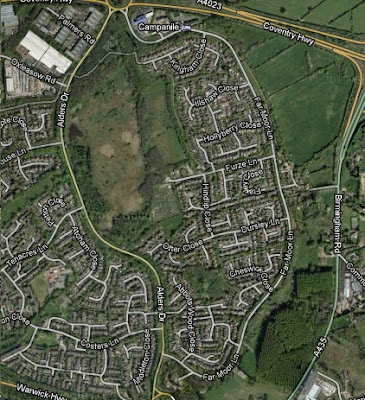 fbb guesses (but does not know) that originally the route served only Winyaes Green in a big loop only and was subsequently extended to Matchborough East. Hourly Monday to Saturday daytime.

63 Plymouth Road  Diamond
An odd little thing this : see map. Runs out via Plymouth Road and back to town via Mount Pleasant. Monday to Saturday hourly 0930 to 1430.

64 Greenlands  Diamond
Again, not much of a service: running hourly Monday to Saturday between 1000 and 1700. It serves somewhat posher car-owning housing but does have the delight of using Tunnel Drive, built on the trackbed of the former railway line between Redditch and Evesham. 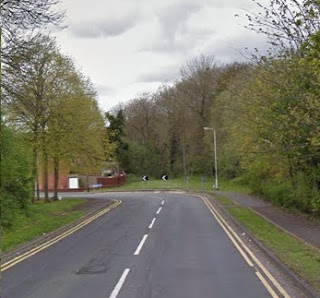 None of these services could be described as potentially lucrative with most being tendered by the local authorities. It is not surprising, then, that Diamond chose to seek revenue from the more likely bus passengers in Batchley and Matchborough. And once the detailed contracts are signed and finally exchanged, they will have the lot. Unless ....

And finally for today ... 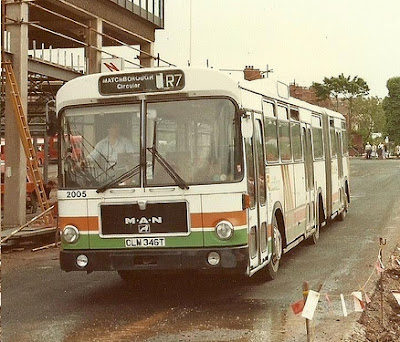 ... bendibuses as used on the Matchborough Circular (then R7 and R8 and incorporating the present Crabbs Cross route) way back when. These MAN vehicles had come from Sheffield ... 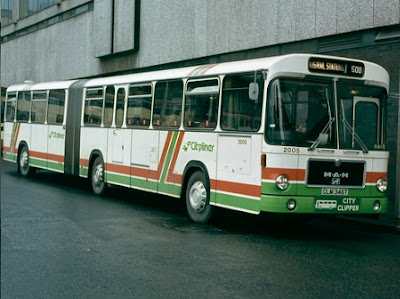 ... where they operated the service 500 "City Clipper" and were the first ever articulated buses to be permitted to operate in Britain. They did not find long-term favour with Midland Red West.

Tomorrow : looking for a bus garage and a mysterious destination.


Next Bus Blog : Wednesday 6th February
Posted by fatbusbloke at 02:00