Competition for International Rail Journeys
From our Europe Correspondent

Actually its that lorry driving chum David who started it again. A web site advertising yet another continental coach service, this time called "Royal Dutch." But the publicity for the coach refers to "Fyra". 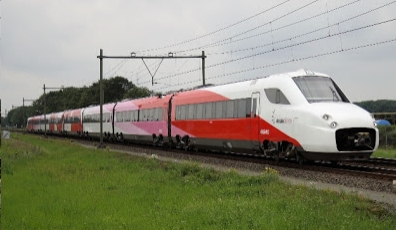 Fyra is a new high-speed train service between Brussels, Antwerp, Rotterdam, Schiphol & Amsterdam operated jointly by SNCB (Belgian Railways) and NS HiSpeed (Dutch Railways). The V250 trains run on the new Brussels-Amsterdam high-speed line at up to 250 km/h (155 mph) and take just 2 hours between capitals. Initially launching with 10 trains a day, they will build up to a departure every hour in each direction within the next few months. They compete on this route with the existing high-speed Thalys trains which continue to and from Paris.

Pronounced "fee" "ra" (NOT "fie" "ra") and derived from French and dutch words meaning "proud", the trains were designed by a long lost cousin of the late Charles Schultz ...

[No they weren't; but it would be good if they had been!]

And the whole experience looks super-swish!

If you book in advance at www.b-europe.com you can find limited-availability fares between Brussels and Amsterdam from just €25, no-refunds, no changes to travel plans. If you buy on the day, flexible fares cost €54, although you may find a €39 senior fare available for anyone over 60, or a €30 youth fare available for anyone under 26. Children under 12 go for €15. For full details of fares on Fyra, see see www.fyra.com or book online at www.b-europe.com. In fact, www.b-europe.com will book you from London to Amsterdam by Eurostar & Fyra from just €73.50 (£59.65).

Except that it isn't.

This is the Fyra web site today:-

And there IS more:-

Due to technical problems encountered on the Fyra trains, SNCB and NSHispeed have decided to suspend Fyra train services until further notice.

In addition, SNCB is putting AnsaldoBreda, the Italian manufacturer of the Fyra V250 trains, in default. 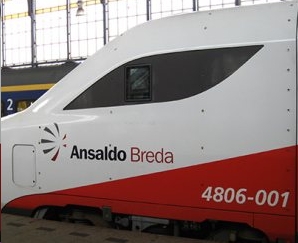 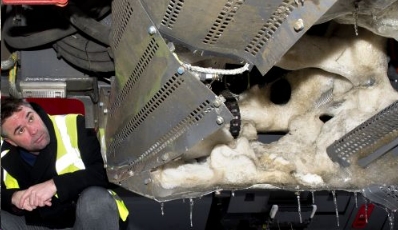 Fyra services have now been suspended after three trains were damaged by snow and ice last week. The new service started in December, replacing slower intercity trains, but has been beset by delays and breakdowns since then. On Friday Belgium said it would not allow Fyra trains to use its railway tracks until all the problems had been ironed out.

Hey! It's not only UK trains that suffer from "the wrong type of snow".

The phrase originated in a comment by British Rail's Director of Operations Terry Worrall on 11 February 1991 whilst being interviewed by James Naughtie. He explained that "we are having particular problems with the type of snow, which is rare in the UK". Naughtie replied "Oh, I see, it was the wrong kind of snow," to which Worrall replied, "No, it was a different kind of snow".

But it seems that problems with the trains go deeper than just a bit of snow. One news item refers to "an incident" with one of the trains. The use of "an incident" is usually a euphemism for something technically very serious.

Meanwhile some experts have suggested that Belgian and Dutch Railways accepted a bargain quote for manufacturing the trains from a company with insufficient experience in building high speed units.

The company replies that the trains have been tested in all conditions. But, presumably, not in the wrong type of snow!

Meanwhile, the existing "competitor", the Thalys consortium of rail operators ... 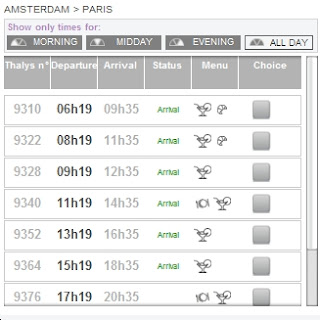 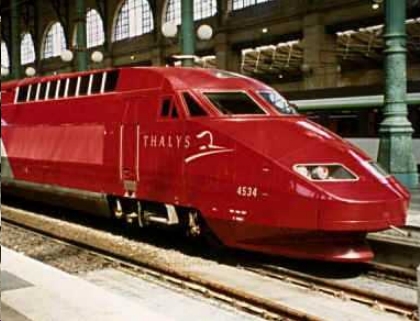 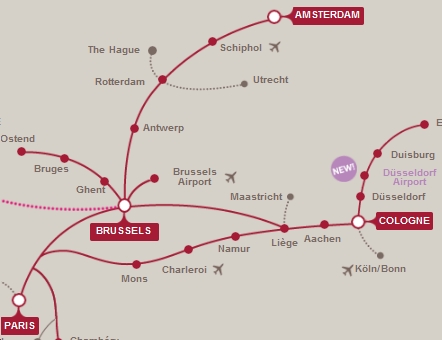 I bet their management is really disappointed to see their competitor in disarray!


Next Bus Blog : Sunday 10th February
Posted by fatbusbloke at 02:00