Guildford was, traditionally, an Aldershot and District town ... 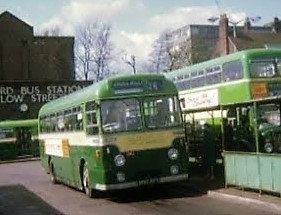 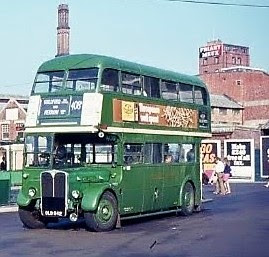 The pack was shuffled by the National Bus Company (NBC) with the main man becoming Alder Valley and, horror of horrors, adopting the red of its former Thames Valley constituent. There is no River Alder and thus no valley for it to meander through, the name having pinched bits from the two companies, namely ALDERshot and District and Thames VALLEY. Meanwhile, green buses were wrenched from London Transport and handed to NBC as London Country. 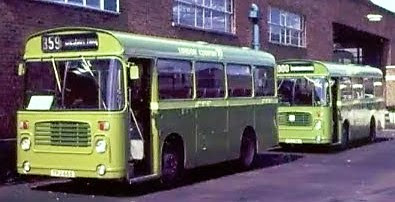 With more shuffling of the pack to prepare for privatisation. Alder Valley was split again into "North" and "South" with South eventually retaining the name. 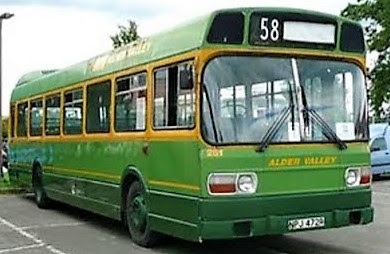 London Country was split into four chunks with the "South West" bit eventually taking on the name London and Country and adopting a livery very similar to Alder Valley ... 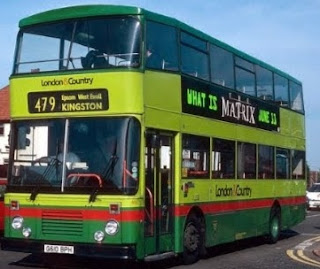 ... one of the smartest "privatisation" paint-schemes.

In a final (for the time being) mini shuffle, Alder Valley sold its Guildford depot and services to London and Country.

Alder Valley begat Stagecoach and London and Country became Arriva and we arrive, via a convoluted piece of corporate prestidigitation, at the present situation in Guildford.

In the midst of this turmoil one operator has remained solid and resolute; and in 2019 is still loyally and effectively serving the good folk of Guildford.

Safeguard began operations 95 years ago! It is now rare for a long established family-run company to survive in the tense and sweaty bear-pit of urban bus operations. fbb's daily school run by Yorks of Northampton - gone; A & C Wigmore of Dinnington running hourly into Sheffield - gone; 1960s upstart Percy Phillipson of Thurnscoe (Dearneways) - gone, and many many more.

But recent events must be putting this bastion of local reliability at risk, as we shall soon see.

Safeguard developed three town routes for which fbb will use the route numbers as adopted later where practicable; as Safeway has had no truck with such sophistication for much of its business life so far. These are  offered in route number order. 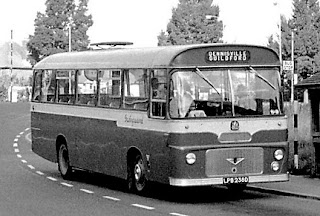 This morphed into "Onslow Village" services 10 and 11, became a tendered route, which Safeguard lost and is now Arriva route 18. 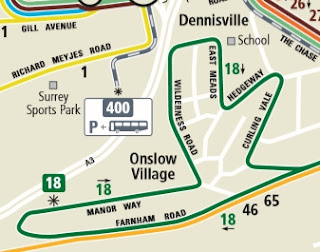 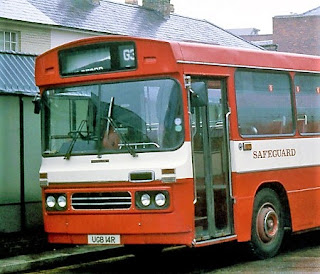 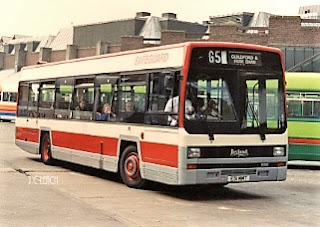 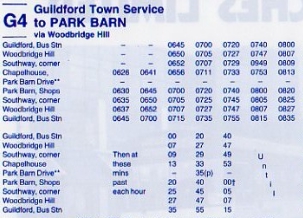 For much of their recent history, however, service 3, 4 and 5 have been peacefully jointly operated with Arriva. 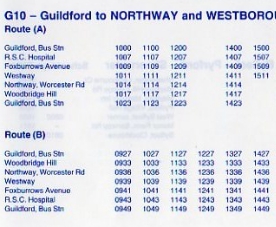 ... and, briefly, a longer distance route between Aldershot and Camberley. 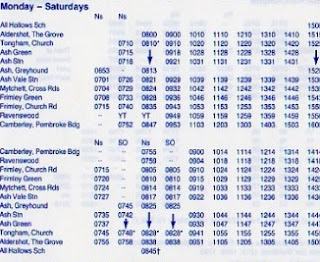 Currently this is Stagecoach route 3 continuing from Camberley to Yateley (MID BLUE). 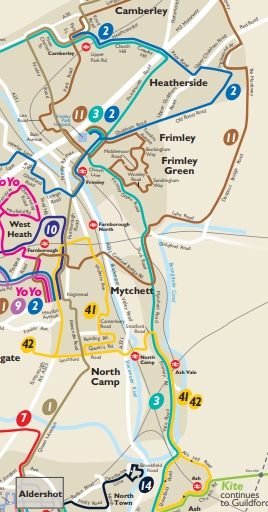 Maybe our loyal reader knows the answer, but fbb suspects this was a Safeguard competitive venture riding on the back of Allhallows school journeys.

Also operated for a while was the Onslow Park and Ride ... 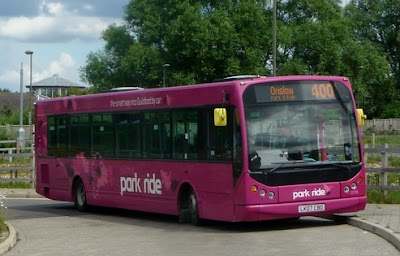 ... lost to Arriva and now in the hands of Stagecoach.

At the southern end of Guildford's bus station is a sad and lonely shelter that rarely shelters many people. 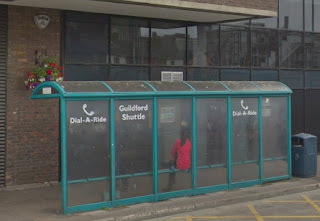 It carries a label for the "Guildford Shuttle" once operated by Safeguard.

In 2000, Safeguard gained the contract for the Guildford Shuttle, a free service connecting various parts of Guildford Town Centre. 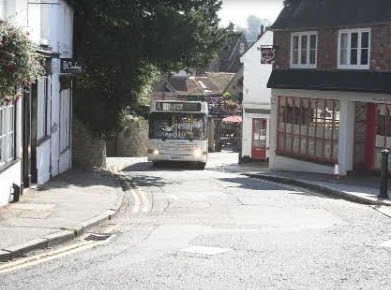 The Guildford Shuttle was withdrawn in August 2008, the council saying it was costing too much to operate. There had been fierce campaigns to keep it going before it stopped and since then, more protests to re-instate it. A decision to replace the service with an advance booking "dial-a-ride" services have been met with resistance, users claiming it is "inflexible" and that "people don’t know days in advance when they will want to go somewhere and when they want to be picked up". Campaigners also reject the idea that there are commercial bus services that provide a replacement, as around half the route is on roads unserved by other buses. 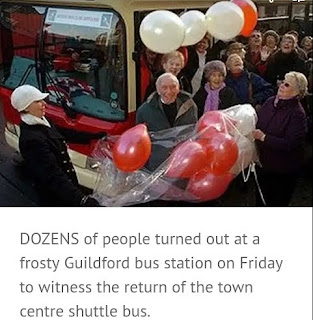 From January 2009, Safeguard reintroduced the service commercially, but it was withdrawn for a final time in May 2010.

So, after nine years of shuttlelessness, nobody had bothered to peel off the letters!

Having diligently delivered a much simplified history of buses in Guildford (e & o e), fbb will move on to have a look at what is happening today (more precisely on Friday last after the final of three launches of First's RailAir 2).


Next Guildford blog : Tuesday 16th July
Posted by fatbusbloke at 02:00