Farewell To An Old Friend (1)

But First - It's A Result!
Yesterday's blog reported the sorry take of a correspondent who was fleeced of £18 for his ride from Sheffield to Chesterfield (£5), from Chesterfield to Bamford (£7) and for the day on the H1/2 Hope Valley Explorer (£6). 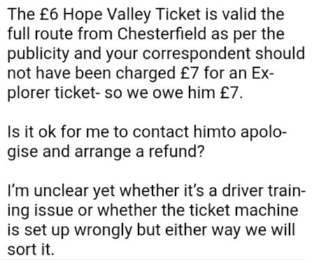 At least someone is thinking! Of course what he ought to have been charged ideally was simply an Explorer at £7 for the whole trip. The anomalous state of the H1/2 remains wholly unsatisfactory, but at least one mess is sorted.

Thanks to all concerned for prompt action.

In Sheffield, What's Going On?
In Sheffield on Sunday 1st September the timetable changes that presage the start of the new school term are being implemented by the operators.

In the first place First Bus is making significant adjustments (reductions?) to MOST of its commercial services.

Stagecoach is not making huge changes, but, as is usual these days, is tinkering with the odd journey here and there. The net result is that MOST Stagecoach services will have new timetables, albeit with very minor retimings on certain journeys.

Then there has been a "tender round". Every three years (currently) every service that receives a little bag of gold coins from the PTE goes back on the shelf and all operators are invited to submit bids.

ALL tendered services are changing their route OR their timetable OR their operator or in various combinations of all three.

The net result is that you can count the routes that do not have some change or other on the fingers of two hands.

fbb is frantically getting updates for GoTimetable Sheffield ready to send off to the technical team. There are also maps to redraw (currently 17 of the approx 25 needed are ready for uploading) and the aim is to get most of the work dome by the end of this week.

Fat chance - because one operator, which has won most of the tenders, is very slow in responding to requests for timetable files.

fbb is very glad to say the both First and Stagecoach have offered excellent co-operation. Their timetables were neatly lodged on fbb's confuser within days of their being registered.

But if there has been any deficiency in blogs over the last few weeks (further panic expected for another two weeks), readers will understand why.

Oh yes, and the technical department is changing the presentations of the tables slightly to help users find their way round the alterations. But a slight change involves quite a lot of lines of code.

But There Is Sad News 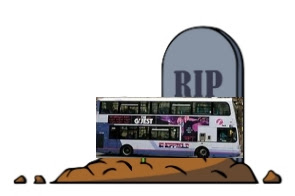 Two long-standing Sheffield bus route disappear completely; both of them being held in high esteem, for various reasons, by fbb. Both of them are currently tendered by the PTE. 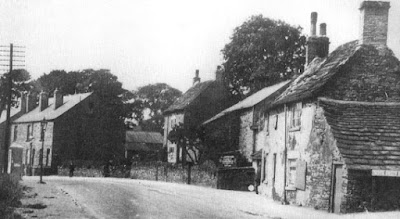 Bents Green was no more than a hamlet, part of Ecclesall parish, with its few properties (on the map "Hill Top") clustered around the junction of Bents Road and Ringinglow Road. 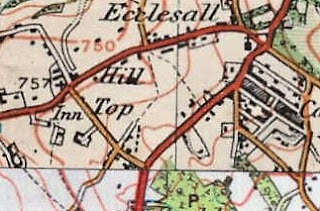 The "Inn" was (and still is) The Hammer and Pincers a much extended and improved hostelry which began its life in ancient times as a smithy. 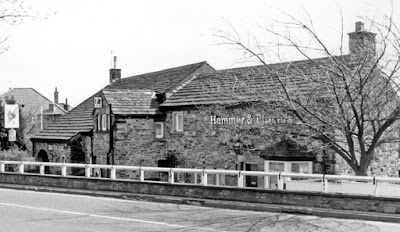 It existed mainly as a refreshment stop on the track over the moors to Hathersage, long before the A625 was developed as the main road to the Hope Valley.

As the city expanded, housing development began in the "triangle" south west of Ecclesall church. Thus it was that on Monday 11th November 1926, Sheffield Transport Department started a bus service (route 28) from Ecclesall tram terminus to Bents Green.

Initially the service ran Monday to Friday only and shut down mid morning! It ran round the triangle ... 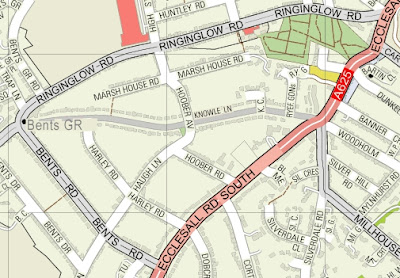 ... from a superb turning circle and shelter opposite the tram terminus. 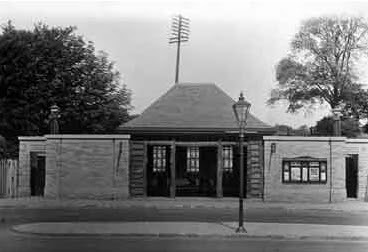 The luxurious facilities included Ladies and Gents toilets (the latter oft frequented by fbb until they closed) and windows to the rear gazing on to a patch of shrubbery. Occasional journeys ran to the hamlet of Ringinglow. as service 27

The shelter and turning circle are still there ... 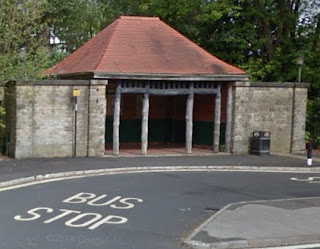 ... but bereft of toilets and windows! Just across the main Ecclesall Road was the tram terminus ... 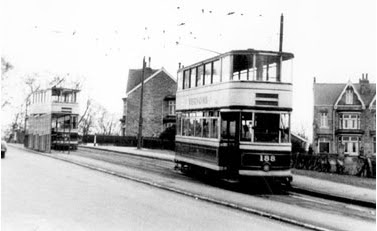 ... whither passengers from service 28 would be expected to trot across the then less busy road to join the tram for a ride into city. The former tram track has been adapted to provide extra parking for the lucky residents of Millhouses Lane. 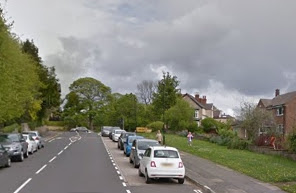 The route into town eschewed the main tram route and used Psalter Lane ... 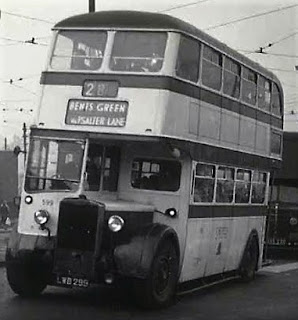 ... (pronounced Salter, of course, thus bringing confusion and mystery to anyone wanting or giving directions!). 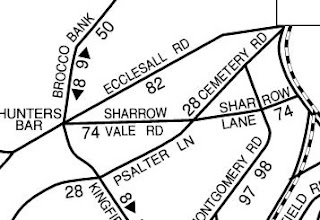 Psalter Lane continued as Cemetery Road and ran past the end of Grange Crescent Road ... 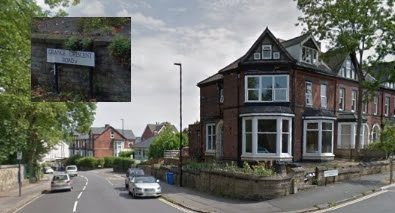 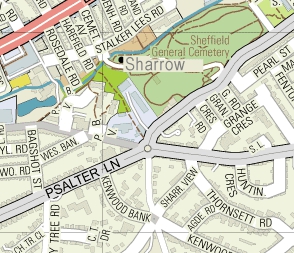 The cross-city links varied over the years but in 1960 all buses were numbered 4 and ran to the north of the city via Brightside Lane, Wincobank and the steep Newman Road to Firth Park.

From 1971 to 1984 this was the route occasionally used by fbb to get to and from Hinde House School where he rose to the dizzy heights of head of the RE department. The school has since been demolished and rebuilt but is still on the same site, upper left on the map above, just adjacent to Jepson Road.

A creepy footpath led from bus stop the to school which, each morning, was filled with a flowing crowd of kiddies (plus fbb!) eager to enter the much anticipated halls of academe. (yeah, right!) 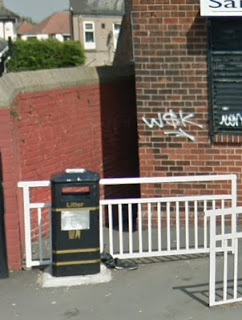 Inexorably, the via Wincobank service eventually got reworked but not after a highlight in 1973 when the whole route was equipped with Videmat Machines. 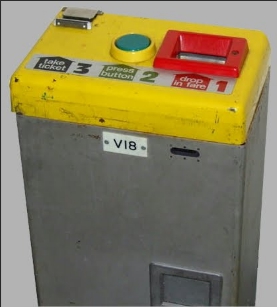 You dropped coins into the red slot and the gubbins printed the actual coins on a strip of paper. The fare for the whole length of the 4 was 22p so the aim was to accumulate &44 frac12; coins and grab the longest possible ticket.

Surely fbb would not be so childish? Oh yes he would and he did!

But the 4 via Psalter Lane was much longer lasting as here in 2010. 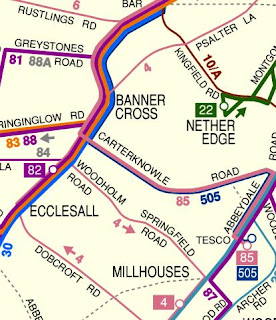 The present 4 (operated by T M Travel) runs hourly and has returned to its traditional terminus of Bents Green ... 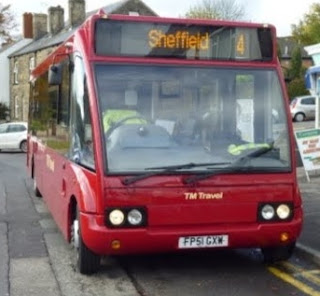 ... with occasional trips to Ringinglow. 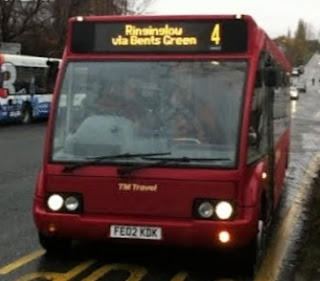 Things looked bad for Psalter Lane, Bents Green and Ringinglow when T M Travel decided to send its half hourly service 218 between Sheffield and Bakewell that way to avoid traffic congestion on the "normal" Abbeydale Road route. 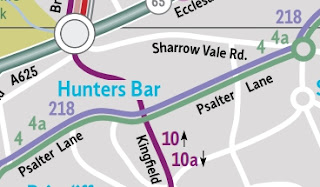 The 218 runs every 30 minutes (seven days a week for the extended Summer dates) and is commercially operated. The 4 runs every hour and is tendered.

Clearly the PTE is not going to spend its diminishing box of pennies on the 4 when the same operator is operating a better service tender free.

So it is that on Saturday 31st August the 4 ceases to be; the tender has not been renewed. 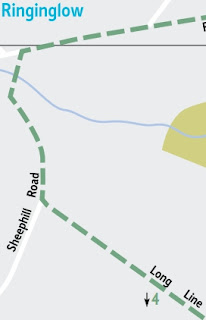 "And what about Ringinglow?", we hear you cry. The long standing occasional 4 will disappear; but the PTE has come up with a cunning plan to replace it. But that's another story.

Tomorrow, another number vanishes from history.


Next farewell blog : Tuesday 30th July
Posted by fatbusbloke at 02:00