The Challenge of Cheltenham

Northampton correspondent Alan has taken a trip to Cheltenham recently - by coach; Hamiltons to be precise ... 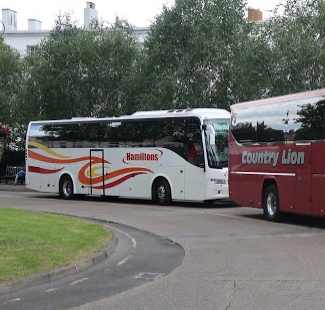 ... seen here parked at the Royal Well. There doesn't seem to be a well, let alone anything that smacks of royalty but maybe there was one once. It is what passes for Cheltenham's bus station ... ... for non-Stagecoach out-of-town services. Plus it is a good place to park your coach. 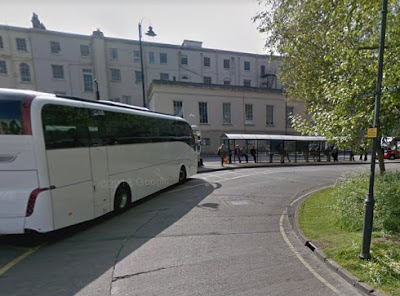 Alan set himself a couple of transport related tasks; one was to collect some printed information about bus services in the town and, two, was to travel (virtually) to the Government Communication HeadQuarters (G C H Q) a top secret hub for the UK's spy network and thus terribly, terribly secret.

Checking on-line, several addresses were given for "Stagecoach Cheltenham" in Cheltrenham. One seemed unlikely.

A later check on Google Streetview revealed Highland Road, with a very neat looking bungalow at No 10 ... 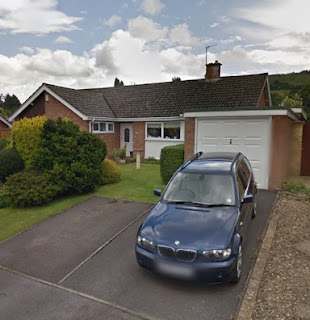 ... on an estate road: BUT, excitingly, it did have a bus stop outside. 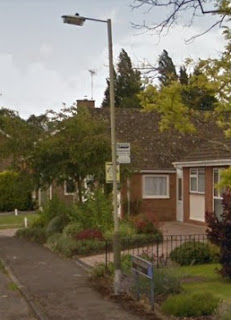 Whilst the property's owner might have been willing to assist with bus enquiries, Alan thought it very unlikely, so did not go there.

More hopeful was an address on High Street in the Town centre. On the way, and one street away was the address of the Tourist Information Centre (TIC), viz ... 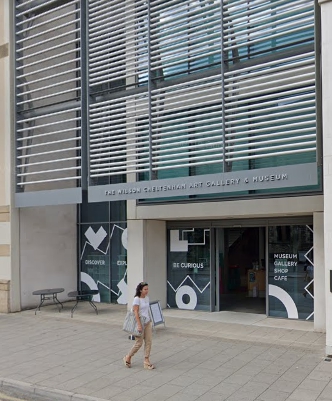 "The Wilson", Cheltenham Art Gallery and Museum, 51 Clarence Street; just a short jog from the Royal Well. Any passer-by can see that the TIC was in there (somewhere?), from the lavish explanatory signage on the door. 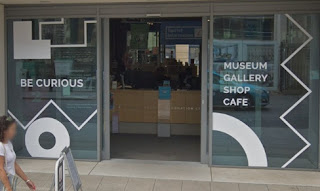 And Alan WAS curious. Would there be public Transport Information for Tourists in the Tourist information Centre?

His summary report appears below.

So on to the Stagecoach Office on High Street. 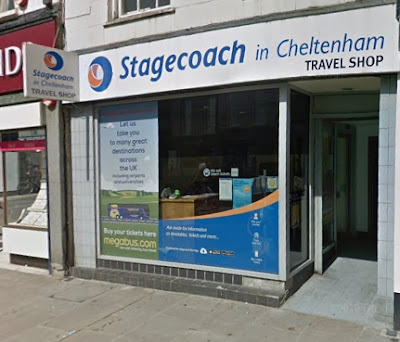 Again, his summary report appears below.

But getting to G C H Q was a doddle by comparison. Alan could catch a bus!

Was G C H Q actually disguised as a football ground? Apparently not; it is hidden in full sight just next to the service A terminus ... 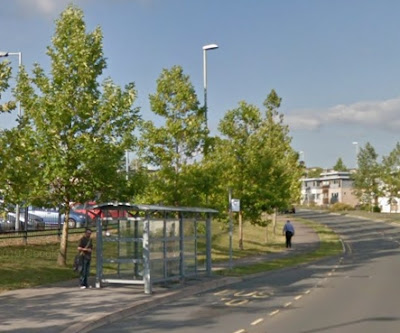 ... the stop being right next to the main entrance. 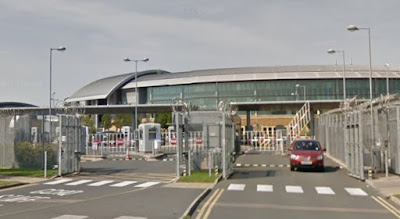 Spy planes or drones would possibly spot another way in from a footpath through Hesters Way Park. 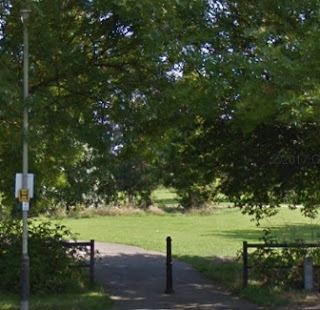 Alan thought that it might not be quite as easy to get in, however, compared with the TIC or Stagecoach's Travel Shop! 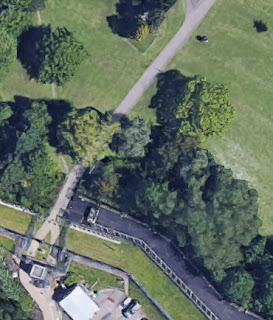 Clearly, plenty of the inmates go by car ... 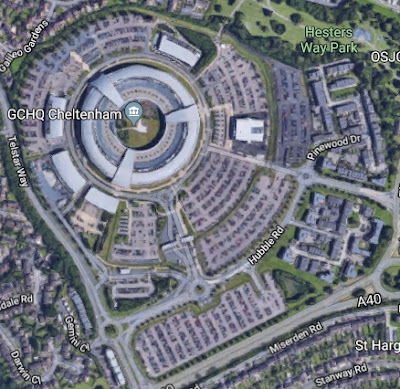 ... although there was a palpable lack of "Spies This Way" signage on the A40 nearby. 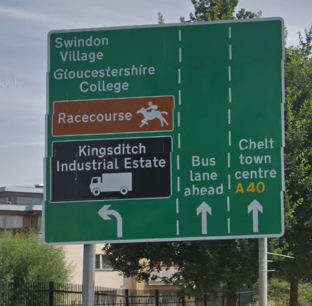 Helpfully, there were local signs. 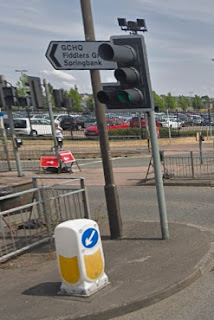 Unfortunately, and under the circumstances, Alan could not file a full report but this summary arrived, printed on rice paper and hidden in a packet of sweet cigarettes. 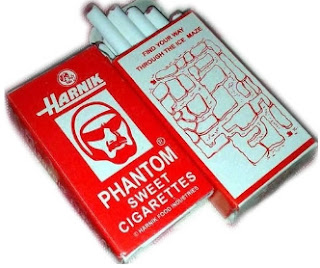 After copying the message for this blog, fbb dutifully ate the rice paper and the ciggies! 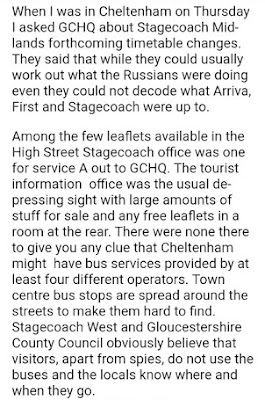 Thanks, Alan, for risking certain arrest in sending this report.

Below; Alan, as snapped just prior to boarding the coach back to Northampton.

Yet again, public transport information is poor and, no doubt Stagecoach and other operators will be bewailing the decline in passenger numbers and the parlous state of their business. Might there be a link?