To Infinity Braehead And Beyond
Go back to before WW2 and there wasn't very much between the "red" roads and the River Clyde. 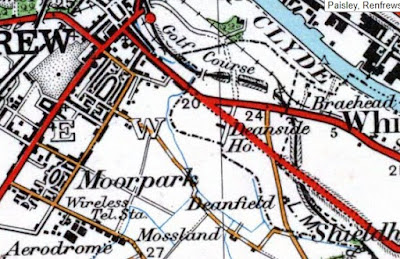 But there will have been scraps of industry plus railway and a golf course. 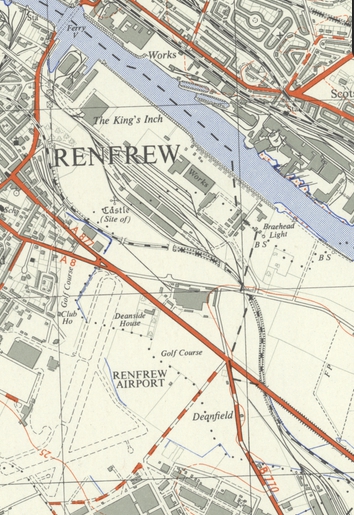 In 1946 a massive new coal fired power station was opened which took the Braehead name. 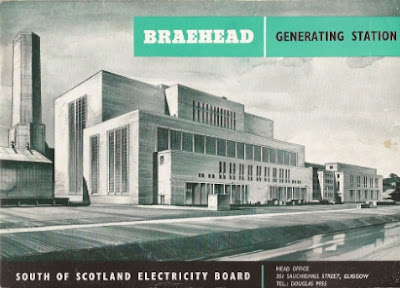 It was the pride and joy of the Board and, of course, the coal arrived by train hence the ladder of sidings between generating hall and road.

The station generated power until 1984 but remained derelict and disused until the early nineties. Comparing both map extracts you can also see how Renfrew aerodrome developed into the first Glasgow Airport. 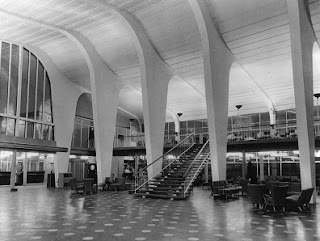 The site was not big enough and the airport moved a short distance to Abbotsinch, opening in 1966. The Renfrew site is now a housing estate with the M8 following the line of the former Renfrew runway. 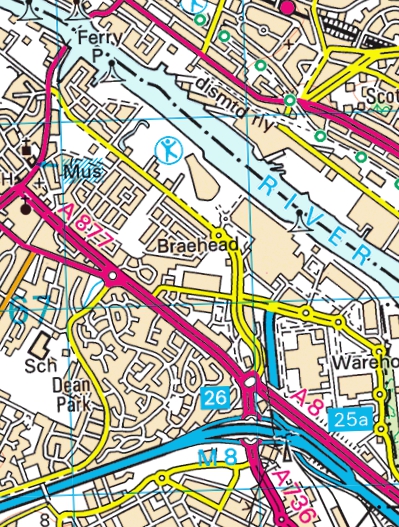 fbb's 901 bus service left the motorway at Junction 28, followed the "yellow" road northwards, turned right at the crossroads, left at the roundabout to that little square of roads below the lighthouse symbol which is Breahead bus station. To the west of the "square" is the main shopping "mall" and beyond the exciting retail experience is a strange shaped block coded with one of Sherlock Holmes' "incredible dancing men".

This is "Soar", a multi- modal leisure complex with an emphasis on indoor skiing on real machine-generated snow. 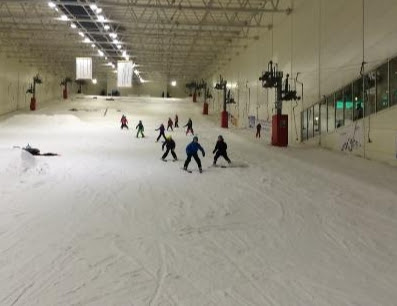 There is a multi-screen cinema as well - all such fun! If only fbb had known!!

Breahead was, as you might expect, scheduled as a PNB after 90 minutes on a Merc single decker. 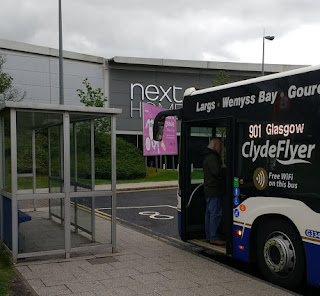 The necessary "facilities", we are told on-line, are next to Regis ...

... but fbb was unsure of the geography of Braehead's internal workings and might not have done the deed in time for his next connection. But right next to his 901 was this apparently anonymous building. 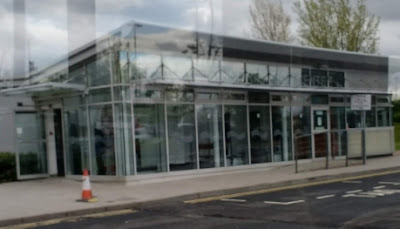 There were people inside, waiting as if for a dental appointment; and fbb tiptoed gingerly within. In fact there was lettering, large lettering, underneath the eaves as you can clearly see! Amazingly ... ... it was a near secret travel information office. There was a departure screen, a man in a yellow hi-viz "gilet" and a gents' (and on its left a ladies') waste disposal unit. 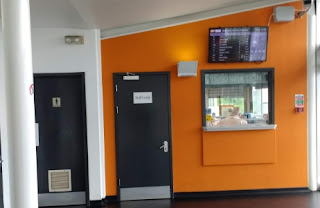 So fbb did not have to attempt an expedition to find the source of the nile some personal relief.

There was a very limited refreshment service ... 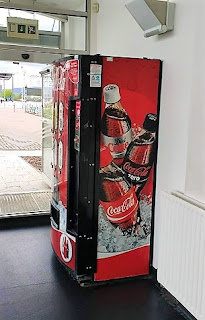 ... and a ludicrously incomplete set of leaflets. ("It's not my job to keep it stocked, jimmy; we'll slot'em in if the companies give 'em to us.")

So off fbb toddled to find his next bus; a service 26 to Paisley. A quick glance at the timetable frame showed the 26 as next door neighbour of the 901 - on stand 7. 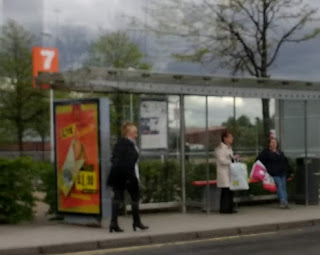 As the scheduled departure time approached, a 26 duly appeared -but going to Glasgow, not Paisley. As there are no timetables posted anywhere, you had to be pre-informed that Glasgow 26s did not go via Paisley.

After a creaky teeter past a line of shelters ... 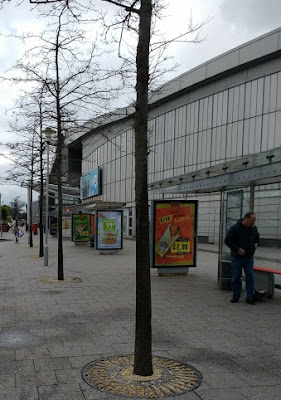 ... he eventually spied a 26 going to Nethercraigs. 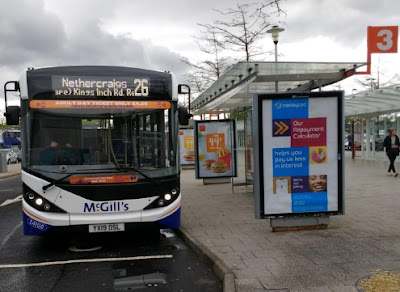 Thanks to your author's consummate skill in reading and remembering timetables he knew instantly that Nathercraigs is a suburb of Paisley and this 26 was what the old man wanted.

Why no bus station plans on display? Why no network map? Why don't the timetable leaflets show stand numbers?

In fact, the 26 is, de facto successor to the multiplicity of operators of old running from Paisley to Renfrew Ferry. The revised route is along the "yellow" road (Kings Inch Road) past "Soar". At the end, the 26 turns left to take the straight and narrow wide road direct to Paisley.

Were the bus to turn right at this point it would very soon come to the ferry. Once a busy chain ferry carrying motorists and foot passengers ... 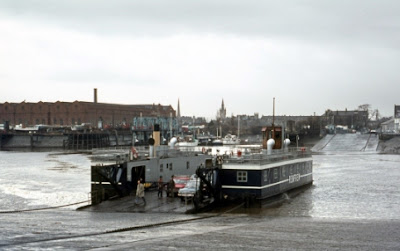 ... it is now a much reduced foot passenger only boat. 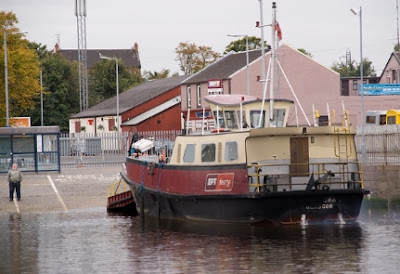 It was here that Stagecoach tested its "floating bus" a while ago. 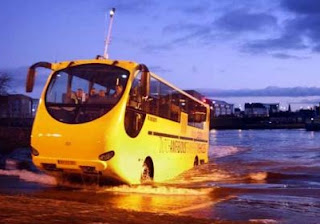 The idea did not "catch on"!

The next McGills blog will follow later. Tomorrow, to give fbb a breather, will be a collection of oddments. The gruesome twosome should be back in Seaton this evening but, with their Bible Study "5th Monday Special-with afternoon tea" to get ready for kick off at 1500 tomorrow, blogging time may be at a premium.


Next Miscellany blog - Monday 29th April
Posted by fatbusbloke at 02:00