The Only Way is Essex - 2 (Brightlingsea)

But First ...
... a correction from correspondent Keith.
Hedingham's main depot is now in Clacton, not far from the now-abandoned First depot. 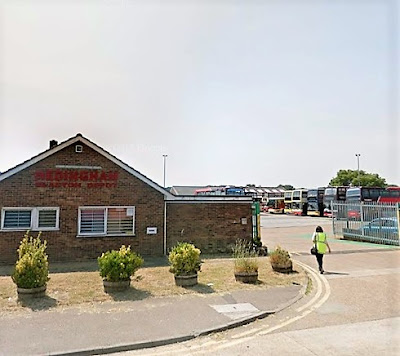 Tollesbury depot closed some time ago. 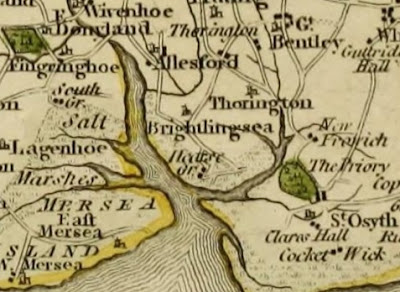 Back in the late 1890s, Brighlingsea was not much more than a sleepy fishing village on the River Colne opposite Mersea Island. 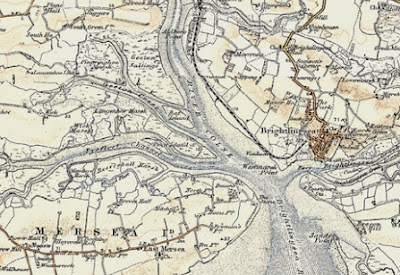 Brightlingsea Oysters were/are much prized by sophisticated diners. (fbb has never been keen on culinary "delights" that are slimy - so oysters are a no-no!) 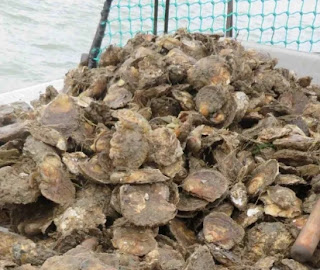 As fishing faded, so the village developed into a holiday resort, retirement area and dormitory town for Colchester. It has a collection of uninspiring streets and a huge length of beach huts. 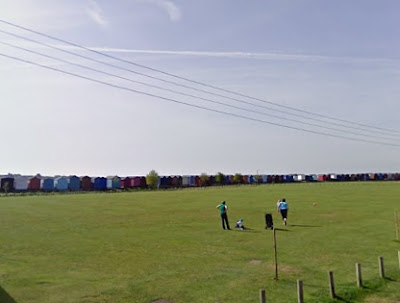 There is a lake and a huge outdoor pool ... 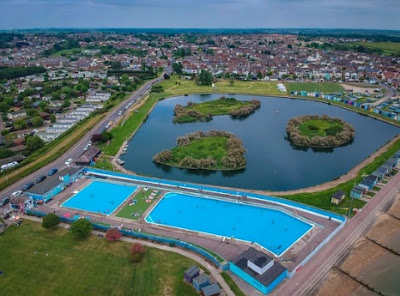 ... and at the end of Promenade Wayu is a mysterious tower. 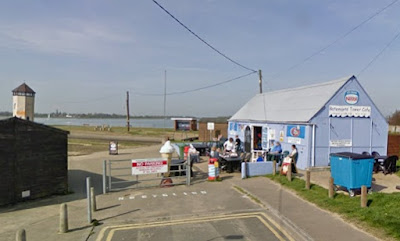 Bateman's tower was built in 1883 by John Bateman which he used as a folly for his daughter to recuperate from consumption; however it may have been intended as a lighthouse as part of a failed plan to expand the port. During The Second World War the original roof of the folly was removed so that the tower could be used as an observation post by the Royal Observer Corps. In 2005, a restoration project funded by The Heritage Lottery Fund took place to restore the tower to its original condition, including the fitting of a replica of the original roof, refurbishing the interior of the tower and also painting the outside. The tower is now used by the Colne Yacht Club to administer races. During race days, the public can visit the tower, whose new roof makes it a popular gallery from which to watch races. 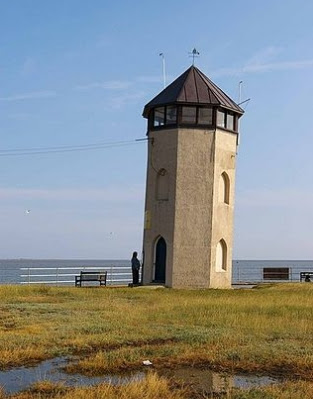 Bateman's Tower is leaning slightly; it is said that its foundations were laid on bundles of faggots. 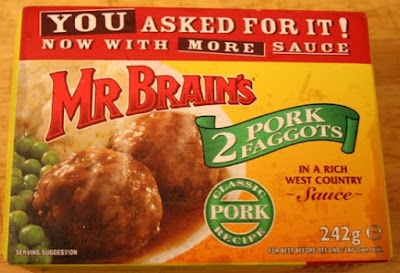 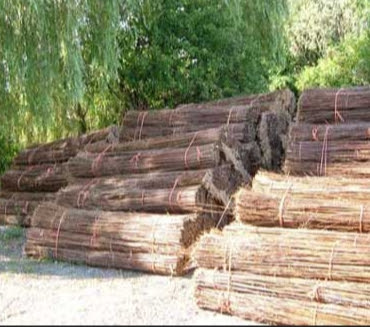 The former fishing harbour has been redeveloped by some rather intrusive posh flats. 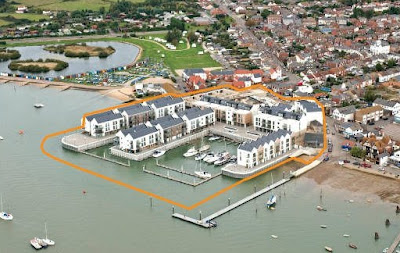 Very pleasant, to be sure, but surely out of character for such a quaint little town? 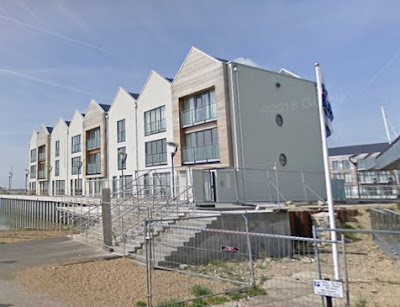 Development of tourism was helped by a railway branch line leaving the Clacton and Walton "main" line just east of Wivenhoe station. 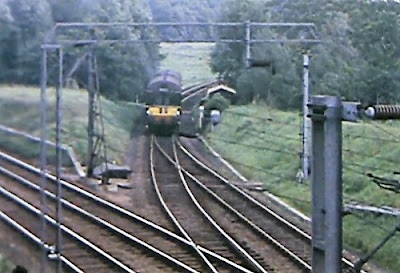 It still has a Railway Tavern ... 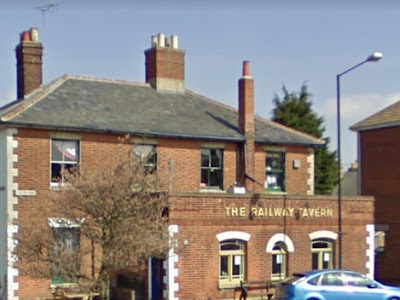 ... opposite which is a pleasant and well tended chunk of parkland. 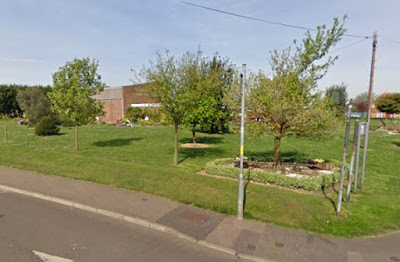 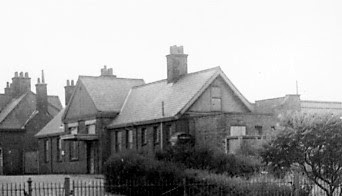 ... seen here from the "business end" of the railway. 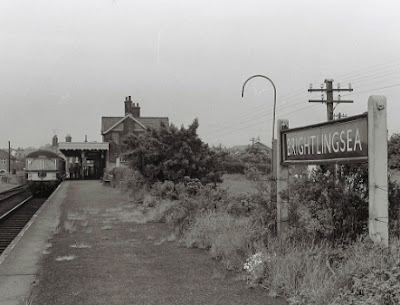 The trackbed is now a footpath, seen here atop a low embankment. 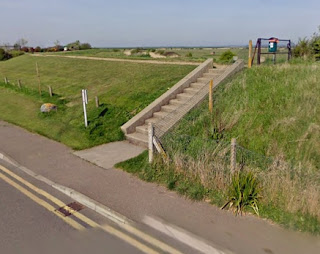 You can therefore walk the old line as far as the point at which it crossed Alresford creek which was once traversed by a splendid viaduct and swing bridge. 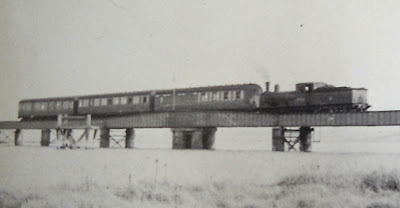 The bridge swung to allow boats to go up the creek to collect loads of gravel from various wharves and loading docks (see "Aerial Ropeway" on map below). But this splendid piece of engineering is no more. 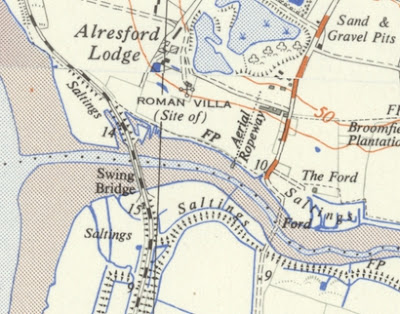 Older maps show a ford, newer maps a footpath through the creek; but there is no such usable crossing now. On YouTube is a video of someone having a go at using it! 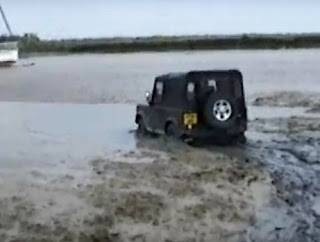 The video is entitled "First Attempt"!

No longer can you travel by train as the line closed in 1964; so, if you wish to visit the Leaning Tower of Brightlingsea, your journey must be by bus.

We will focus on a bus developments in tomorrow's blog.