The Only Way Is Essex - 3 (Brightlingsea) 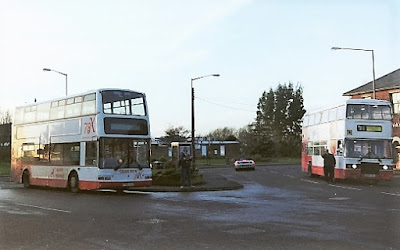 ... and Horizon Bus which turns up today with a clutch of school services. 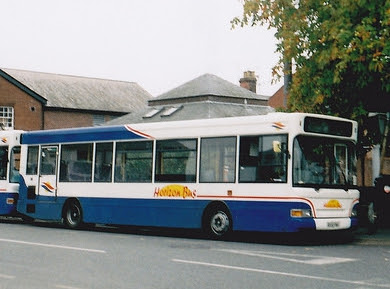 Back in the days of the great Great Britain Bus Timetable (in this case in year 2K) the "main line" service from Colchester was service 78/78A, running every 30 minutes. 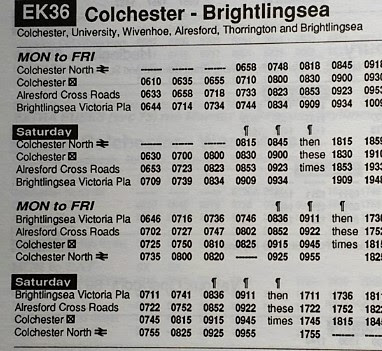 In passing it is worth noting that services between Colchester and Clacton and between Clacton and Walton were much the same in Y2K as they were before the July capitulation.

First bus (and its predecessors) was king of the road for many a year, but recently the challenge of competition has reared its ugly head. 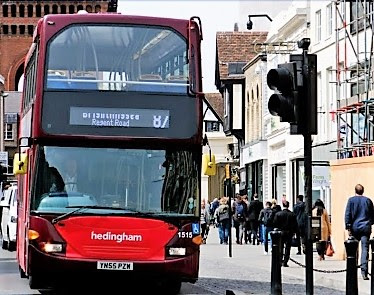 ... a direct copy of First's Brightlingsea offering, running every 30 minutes.

The route is the same. 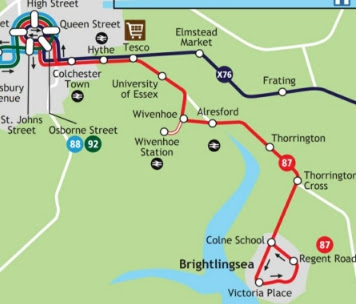 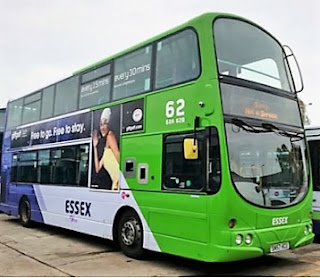 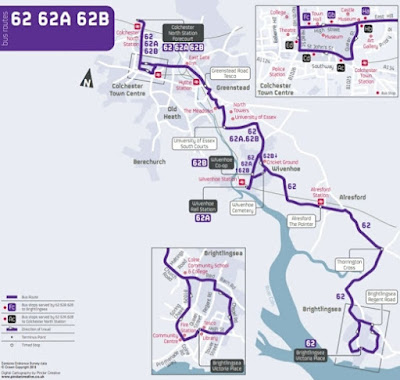 The timetable differs, however, in a couple of ways. First maintains the long-standing half hour frequency through to Brightlingsea, but adds an extra half-hourly 62A plunging more deeply into Wivenhoe.

Everything serves the Co-op ... 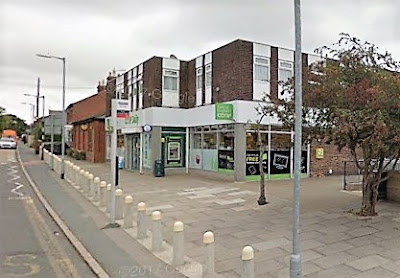 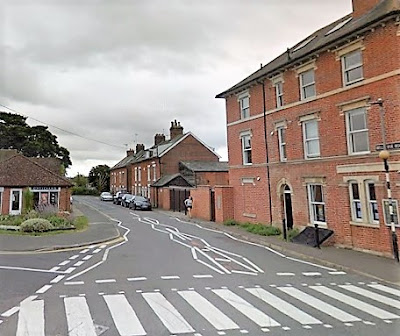 62a journeys continue along the High Street, then turn right almost at its end to serve an nice little turning circle layby thingey outside the railway station. 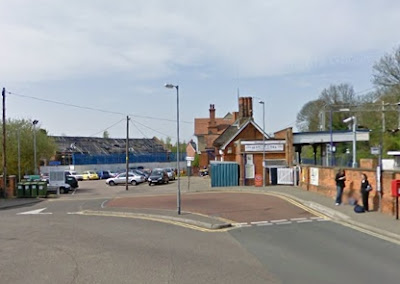 There is also a route 61 to Wivenhoe Station (every 30 minutes). 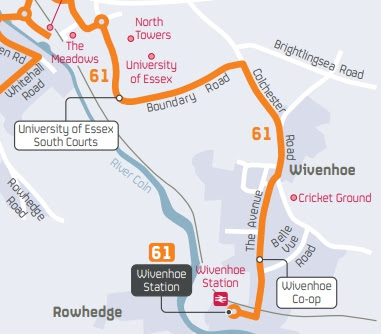 These services combine to give the University of Essex six buses an hour. 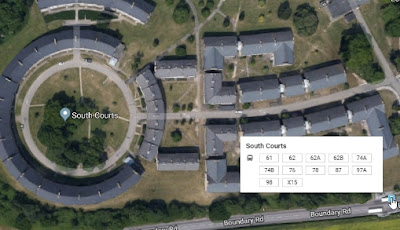 In Colchester, First runs to the so-called North Station - which doesn't actually exist! 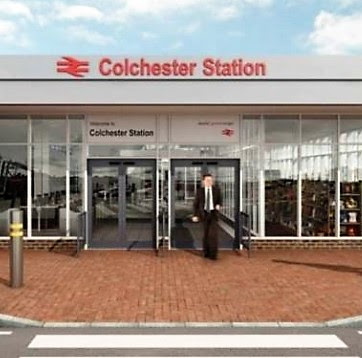 As far as fbb is aware, it has always been just Colchester Station, never with North added to its name. There is a "Colchester Town" station, located more in the centre of the town - there's a clue in its name!

For countless generations local folk have referred to the main station as "Colchester North" and bus destination blinds and timetables follow this tradition. 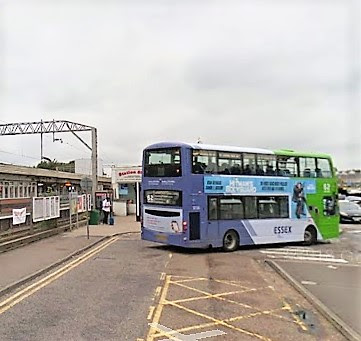 From an outsider's point of view, it seems that First have been offering the better service of the two competitors ... 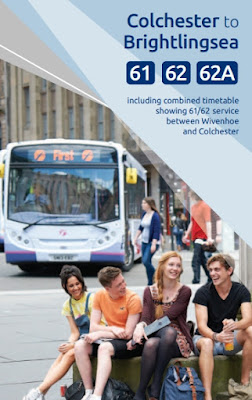 ... so perhaps we should not be surprised to read this in Hedingham's web site.

Unfortunately route 87 will be discontinued from September 2nd 2018.

However, to say goodbye we will be offering a £2 a ride Farewell offer from Saturday 18th August until Saturday 1st September 2018.

Thank you for your continued support.

i.e. only an hourly service.

On Saturday 1st September buses will only run

Bus watchers will be interested to see if, with the removal of the competition, First begins to reduce its joint 61/62/62A frequency. 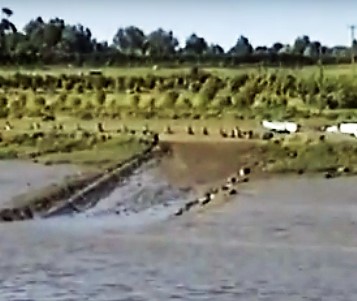 fbb referred to this in yesterday's blog (read again). But a gang of keen Land Rover enthusiasts were not going to let about three feet of gloopy mud impede their desire to ford the ford!

First, turn your Land Rover into a bulldozer and attack the gloop. 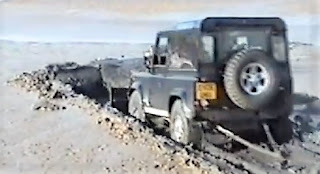 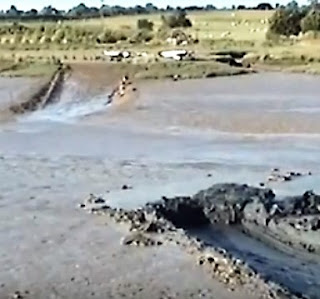 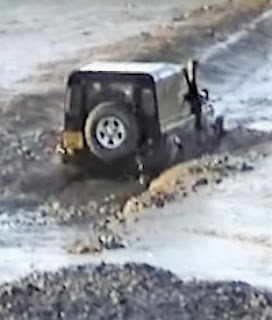 After a rescue or two! 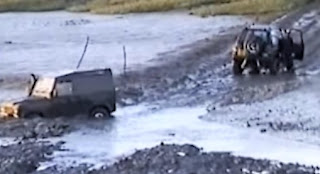 And there it is ... Alresford Creek ford available to all ... 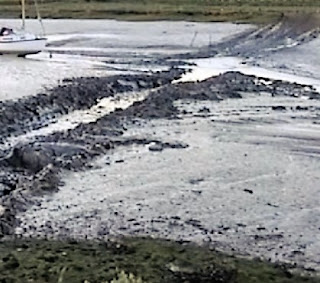 Presumably the next few tides filled it in again. Videos were dated 2008.

Tomorrow - how to spend £4 million plus!