Before 1870, Sheffield was on a short branch line from Rotherham, terminating at Wicker station. 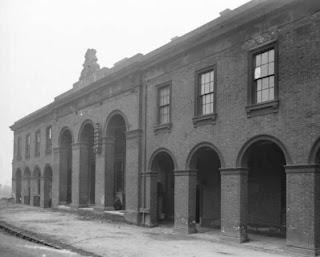 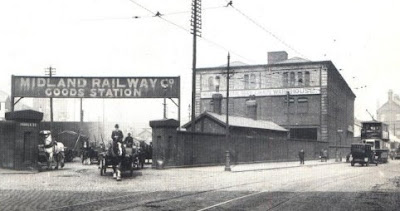 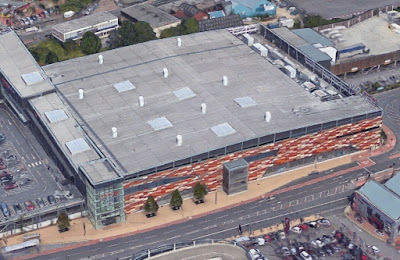 Getting the main line into Sheffield from Chesterfield was a real toughie. Bradway tunnel had to be bored ... 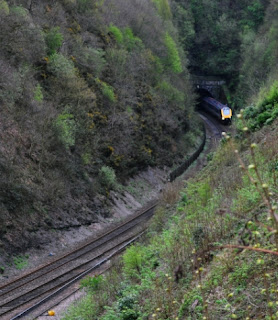 ... and although the approach began through a wooded valley ... 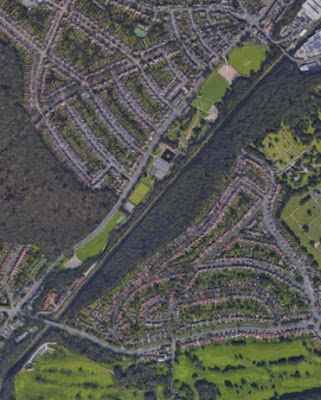 ... as the city came nearer, there were roads to be crossed, old property to be demolished and the river Sheaf to be buried in a huge culvert to allow the building of Sheffield's so-called Midland Station. 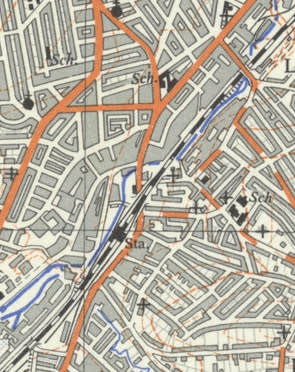 Stations were built at Beauchief, Millhouses and Heeley (map above), the latter on a substantial embankment.

The line had two tracks initially with the station building being on the western side, as crudely illustrated in this engraving of an early accident. 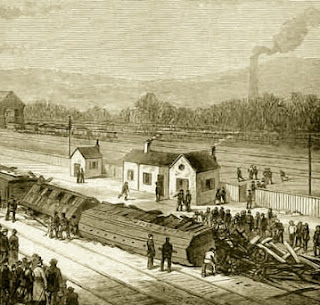 This picture is of the two track layout. 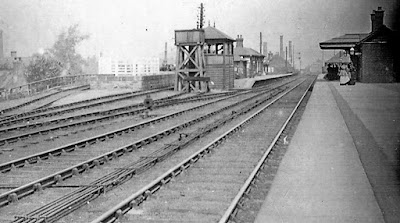 The curved road leading up the the east-side goods yard from London Road can also be seen in this sketch. 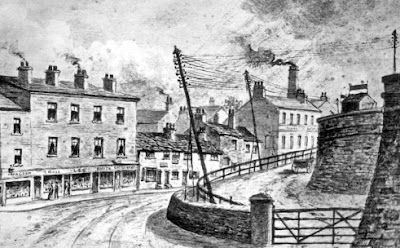 In about 1900 the line became four track with Heeley equipped with platforms on all four lines. 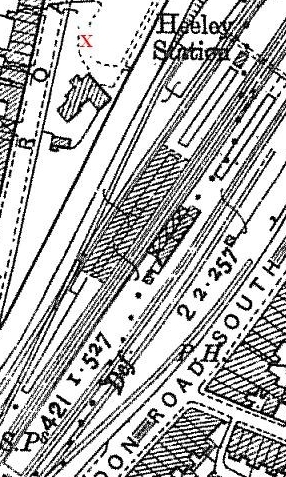 This aerial view shows part of the station ... 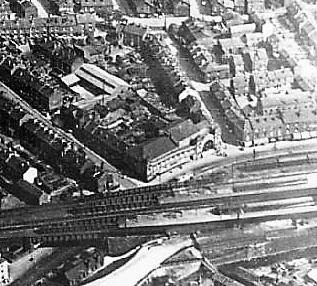 The white "slash" (botttom centre is an access road to the minimal goods facilities ousted from the east side by the four tracking. The building (bottom left) is the replacement station building which still stands today! 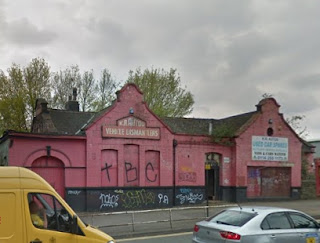 Also the gateway to the station yard is still there. 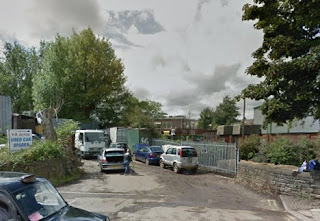 Access to the platforms was by subway and, by the time fbb arrived in Sheffield in the mid sixties, the station building was barely used. 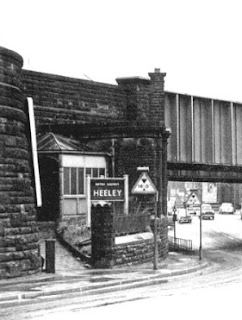 With the news of impending closure in 1968, fbb and chum decided they had to travel from Heeley to Sheffield Midland. Needless to say, they were the only passengers to board an evening train and the fare, if fbb remembers correctly, was 6d shown on a hand written ticket.

The subway entrance can still be discerned but it is, understandably, bricked up and weed encrusted. 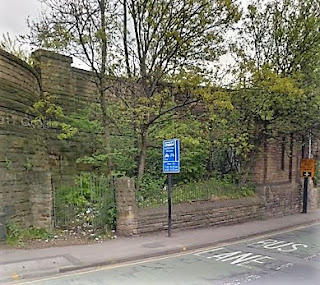 Naughtily, the two lads travelled in the First Class section of the diesel unit in the hope that they might be charged an excess. The guard, sensibly, decided that the two young men were completely nutty and allowed them to travel in utter luxury. 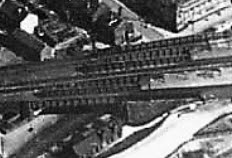 It was difficult to photograph all three bridges from road level because of the different heights at which the road was crossed. This tram ... 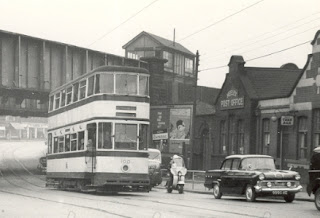 ... has passed under the bridge nearest to the city. The abutments are still easy to see. 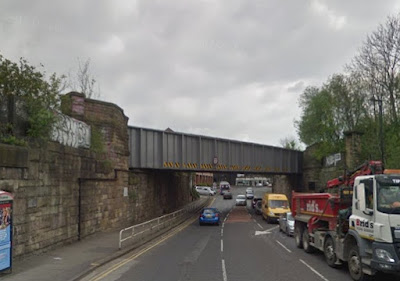 Likewise the bridge furthest from the city has also been removed ... 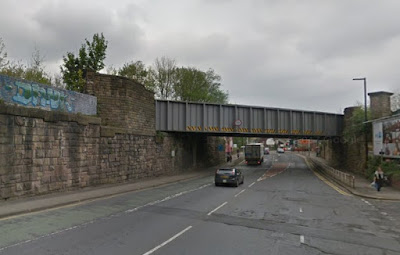 ... when four tracks were reduced to two under a "rationalisation" scheme.

How long, a cynical fbb ponders, will it be until Notwork Rail announces four tracking from Dore and Totley station through to Sheffield to increase capacity - especially as HS2 is planned to come that way and the Transpennine (South) service is due to be enhanced!

As aerial view of the former station site shows something of where it and its yards were. 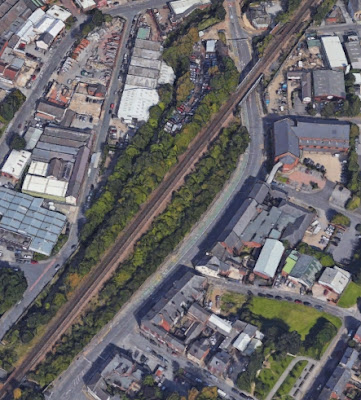 But it is those bridges and the incursion of the railway into Heeley that presents a problem for today's public transport through the suburb; a problem which has required the City and H M Government to break open their piggy banks for significant expenditure - again!

Next Heeley blog : Saturday 1st September
Posted by fatbusbloke at 02:00