Alan was at a railway talk recently which revealed a bit of vintage snow clearing stuff. The winter of 1947, you may remember (fbb was aged two and doesn't!) was long and hard. The Great Western Railway sough a novel solution to clearing the track.

Blow the white stuff into oblivion with a couple of surplus jet engines! 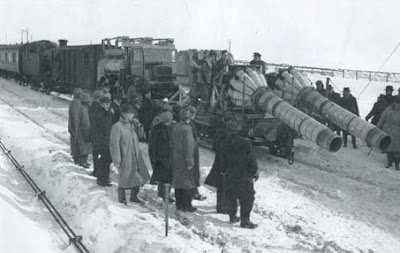 The speaker reported that the experiment was not successful as the powerful blast from the jets removed lots of snow but also most of the ballast. Alan wondered how the GWR managed to get hold of jet engines in 1947.

The Gloster Meteor entered service with the RAF in 1944.

Jet powered snow blowers are regularly at work today in many parts of the world. 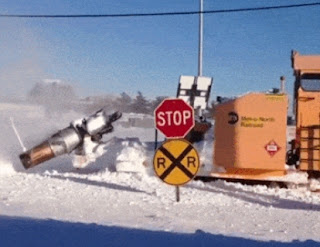 Of course, the iconic UK railway film is "Snowdrift at Bleath Gill", made in 1955. 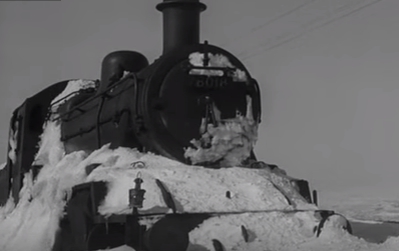 Then the snow was too deep for a snowplough and had to be first attacked by men with shovels. 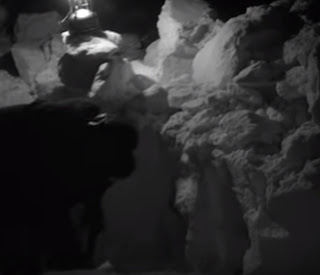 ... informed the audience that snow was like landlady's cake; it needed to be cut up before you could "get it down".

Aunty Frances Has a Go 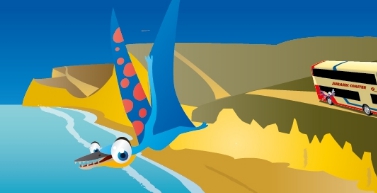 On Saturday 20th January the last feeble vestige of the Jurassic Coaster bus service via Seaton is withdrawn by First. In an explanation, their boss-man (based at Southampton, so well aware of things between Seaton and Exeter) explained, "We have been patient with this service for many years, but ..." 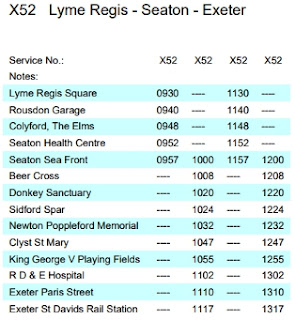 What "we" haven't done in the four and a half years that fbb has lived in Seaton is to publicise the service in any meaningful way. No leaflet distribution, no "special offers", just poor quality timetables stuck in grubby frames at a bus stop if you are lucky. 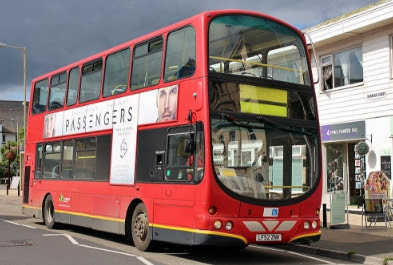 On Monday 22nd our local bus company, Axe Valley Minis Travel, is offering a shoppers round trip as service 52. 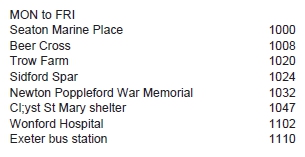 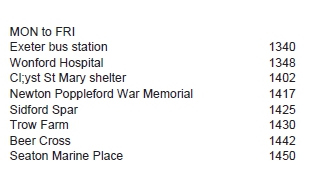 The outward journey matches the First Bus times, the return trip is similar to First's last trip of the day. Of course Seatonians can use the hourly Stagecoach 9A but it is perceived as slow compared with the X52/52. Horror of horrors, the 9A goes via Sidmouth, and that is just too much.

Will it work? Probably not, but three hearty cheers to Frances May Searle, company proprietrix, for having a go.

The Bitter End
A pictures from a good few years ago. Blog readers who have been paying attention may be able to guess the year and this event. 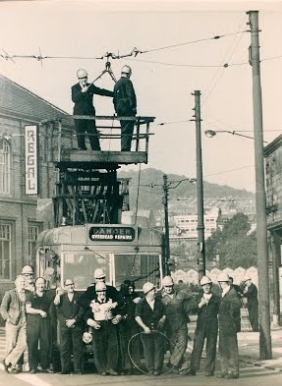 Another clue as some wire falls to the ground.

The picture appeared in the October 1972 Buses magazine and records the cutting of the last piece of overhead wiring on the Bradford trolleybus system. The system had closed towards the end of the previous March ... 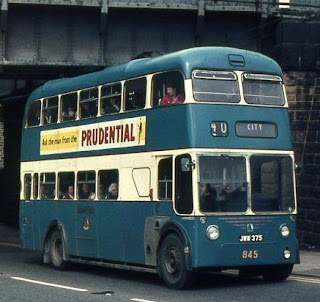 It was the longest continuously operating "trackless" system in the world.

It's Usually a "London" Bus
If an advertiser wants to use a picture of a bus, no matter where the advert is set or what is advertises, the vehicle of choice is always a London Routemaster.

One of the retail opportunities missing from the well appointed Metropolis of Seaton (Devon) is a clothing shop; thus it is that Mrs fbb tends to purchase her needs (and those of her chubby hubby) on line. Occasionally she has bought from Lands End, not the location but the catalogue. Once hooked by the dreaded interwebnet, escape is impossible, resistance is futile**.

Catalogues plop with alarming and pointless regularit on the mat at fbb mansions. The Winter Sale edition arrived a couple of days ago. And the picture on the front cover of a booklet full of jolly jumpers, sophicticated shirts and tasty trousers ...? 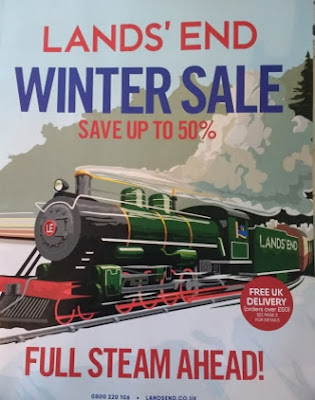 It ran in South Africa. Whilst searching for something similar with a UK body style, fbb came across this lovely shot. 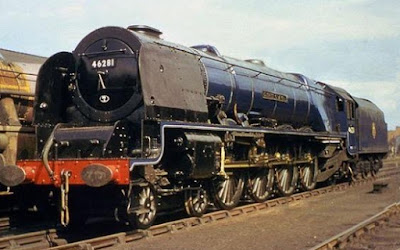 It is captioned "Stanier Countess Class 4-8-2" and was probably taken on April 1st! It nearly had fbb fooled.

Whether the Lands End picture will encourage folk to buy lots of woolly clothing is debatable; but surely a UK winter railway scene would have been better. 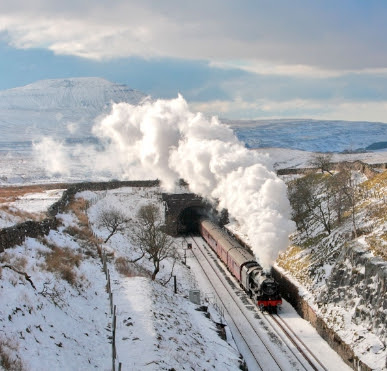 Or even  shot from "Snowdrift at Bleath Gill"? 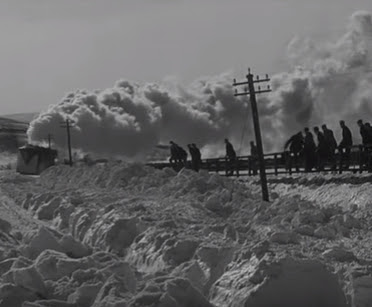 There are plenty more. Astoundingly fbb forgot Red Ensign in Portsmouth and could not find any pictorial evidence for Red Squirrel on his former personal (but mis-spelled) Island.

Tomorrow, more bits including Emily, a bit of Stirling and a bearded Canadian.


Next bits and bobs blog : Sunday 7th January
Posted by fatbusbloke at 02:00