Three vehicles remain, photographed on the Trans-Pennine Run in August 1972 and reported in the October issue of Buses magazine. In one rather grainy shot there are two delights. 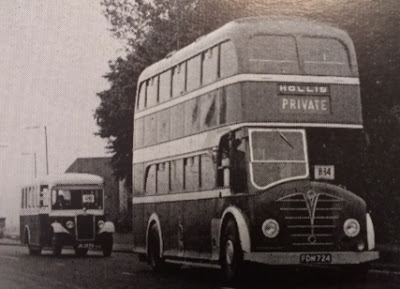 FDM 724 is very special. The chassis is Foden, rare in 1972 as a single deck but rarerer as a double decker. 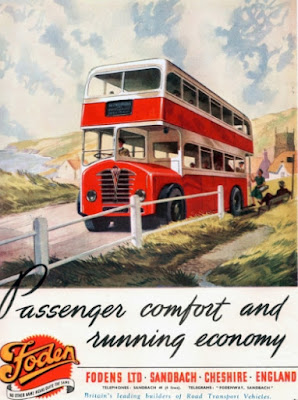 Warrington had at least one Foden, as did Chester and a few other operators.

Foden started building full-size bus chassis in the mid 1930s but they sold in very small numbers. It was not until 1946, with the new PVD model, that the highly respected Sandbach based lorry builder gained a significant foothold in the bus market.

The chassis featured a cruciform braced main frame. A Foden 2-stroke diesel engine was available but the Gardner engine option proved a popular choice. Over 650 buses and coaches were sold by Foden in the early post-war period, including a rear-engined model, years ahead of its time, intended as a double-decker but chosen by a few of the more adventurous (single-deck) coach tour operators. The more orthodox PVD was most familiar in coach and single-decker form but, as in this case, it was also bodied as a double-decker. 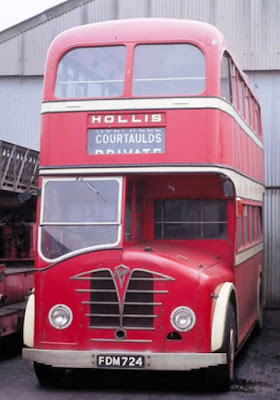 This Foden was delivered to Phillips of Holywell in July 1949 for use on their Holywell - Mold service and works services. Later it was relegated to schools contracts. It passed in 1969 to a nearby operator, Hollis of Queensferry, for a few more years of schools work. It then stood in a yard for some years and, by the time the Museum bought it in December 1980, it had been heavily vandalised although not irreparably. It is one of the rarest exhibits in the Museum collection.

"The Museum" in question is the Wythall Transport Museum ...

... but fbb does not know whether the vehicle is still in running condition.

Foden had another abortive stab at making buses in 1978. Derby, Ribble and a few of the PTEs tried them out but placed no further orders. fbb remembers the SYPTE Foden because it was part of an extensive series of bus trials on Sheffield's hilly route 51 which passed close by the younger and slightly less f bb's pad on Crimcar Lane. 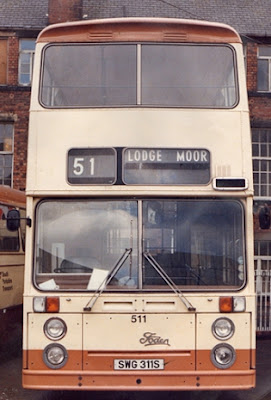 In its short life the bus lost its Foden Badge and gained the darker "black coffee" shade and the simplified "SY" logo. 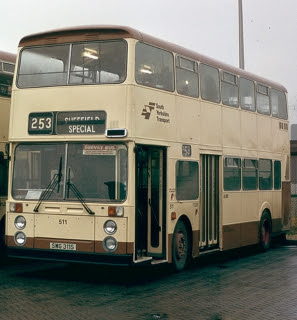 The Sheffield Foden was a unique bus in that it was bodied by East Lancs whilst the other examples came from Northern Counties.

But the "mini" behind the old Foden was also part of the rally. 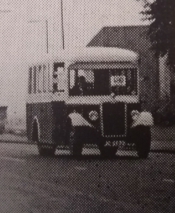 Experts will recognise straight away that it is from the diminutive fleet of Llandudno Corporation. The registration plate is very nearly illegible. 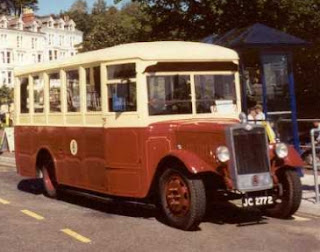 fbb's first ever ride on a tram was in Llandudno in about 1949 (aged 4). The family were on holiday in Colwyn Bay and dad took little kiddo for an evening ride. 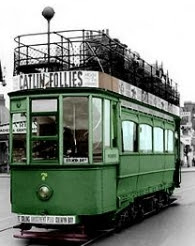 The trolley pole dewired and the problem was rectified when the conductor shinned there-up and used his athletic skill to reposition wheel on wire.

The only other buses snapped on the "run" included another Llandudno "mini" in the background. 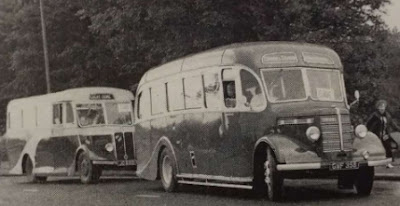 This time it is JC 5313 still magnificently turned out. 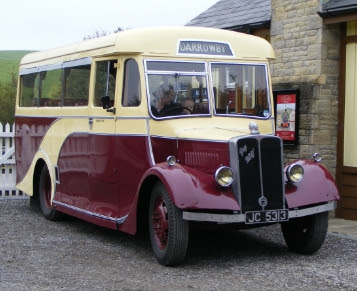 The bus in the front is a Bedford OB owned by Connor and Graham, a much respected independent from the Holdness area, east of Hull. 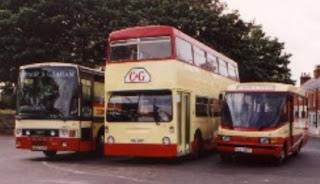 In the early 90s, the company sold out to Peter Shipp's East Yorkshire.

Connor & Graham managed to survive the competition of private cars and of the bus deregulation which took place under the Traffic Act of 1985. However, to many people’s sadness the came about in February 1993, when EYMS finally bought the company. For a while Connor & Graham continued operating the school contracts, private hires and excursions, but in 1994 the whole company passed to EYMS, ending 73 years of service to the people of South Holderness.

Sadly the OB seems to have disappeared from today's roads but in 1972 its monochrome photo disguised the rich maroon livery. 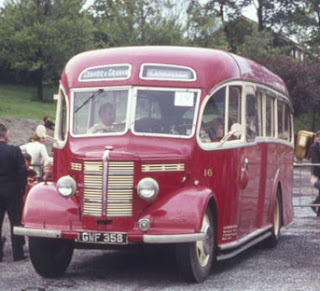 The original "Run" was a tribute to the dedication of the vehicles' owners and the depth of their pockets - it is a pricey game keeping a heritage bus on the road. But what is truly superb is that all but the OB and the Foden (possibly?), all the buses are still around and running today, 45 year later. 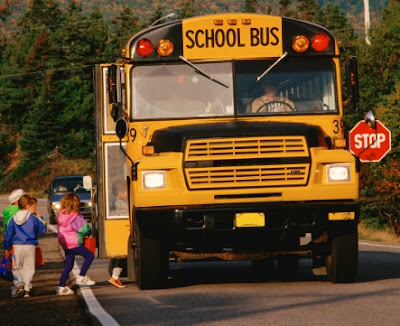 Tomorrow, something completely different as we link Waltzes by Strauss to a piece of historic public transport.