fbb has been a bit of a slacker in his journalistic duties. The last photo of Seaton's new tram station showed pile driving in progress. 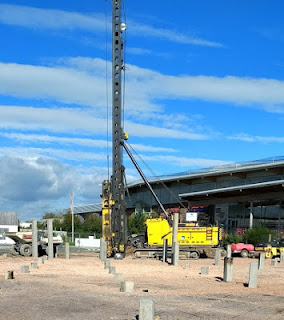 This was to raise the "ground floor" of the station to level with the dreaded Tesco store, seen above in the background. But suddenly stuff has been happening. Here is the view from outside the Costa-Lot caff at Tesco. 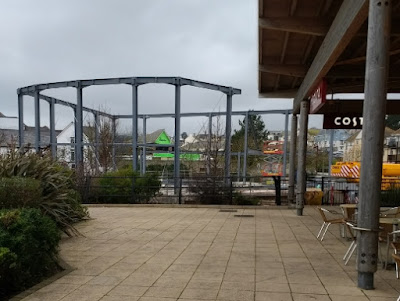 Knowledgeable readers will remember that the old terminus was in a quaint Victorian style ... 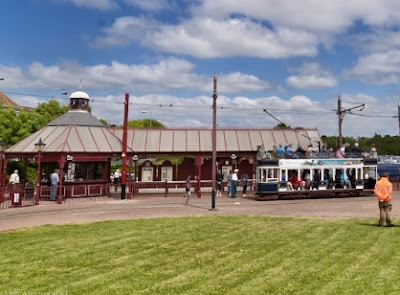 ... with an archaic "Electric Tramway" arch to welcome passengers to the quaint experience of reduced-size tram travel. 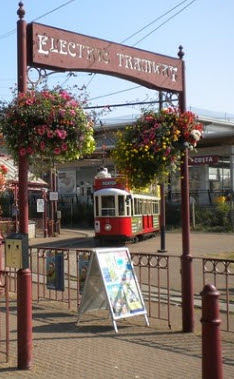 On top of the completed floor level the girders are now being planted ... 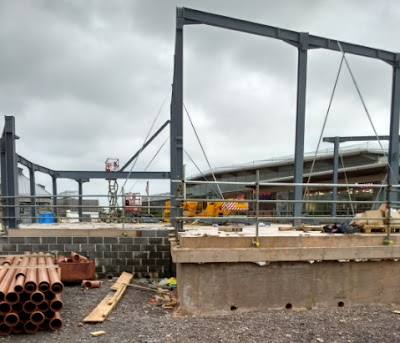 There is now a pretty picture to show us the monstrosity delights of the new building in full and glorious colour.

And here is the construction viewed from the "outside" fag-smokers tables at Costa-Lot. 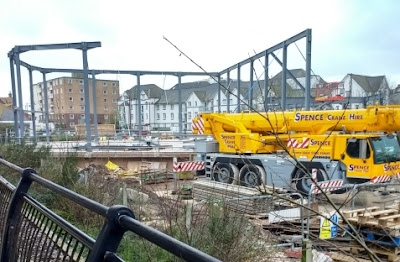 If the architects' sketches are to be believed the rails will lead to a four-track "station" ... 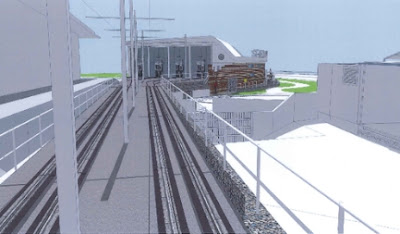 ... beside which is located the ticket office and, of course, a cafe and shop. (We all know how Seaton needs yet another unprofitable cafe!)

To get the trams up to about one metre above ground level a huge amount of work is being done on the approach track. 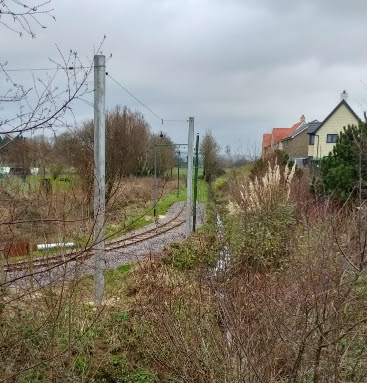 Here is the wiggly bit snapped from Tesco's back-door loading bay with part of the Pebble Beach (no pebbles, no beach) development alongside. 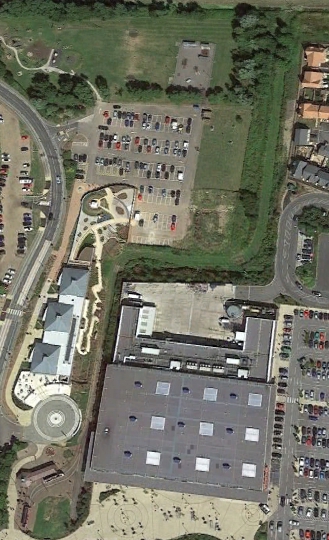 Turn 90 degrees left and you can see the ramp taking shape. 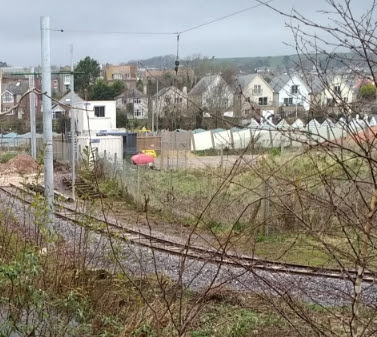 At the white portakabins the line turns sharp left again to run alongside your friendly, pricey but appropriately branded Costa(-Lot). Notice, too, the non Victorian poles, strong enough to support the overhead for HS2.

Here is the approaching menace of the mound of ballast as it nears the new erection. 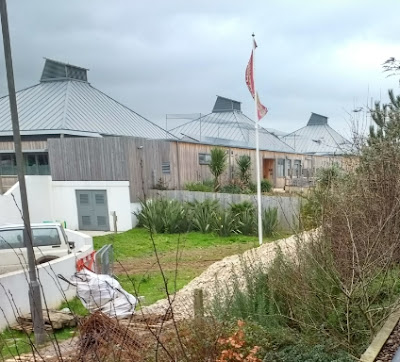 The building in the background is the Seaton Jurassic static plastic visitor "attraction" which, of course, has a shop and a caff. That is three caffs each with the facility to throw a sugar lump into one of the others' cups of expensive Rigoletto Verdate Mascarpone Wobbly Black with Chili.

And, talking of architects' "impressions" ... 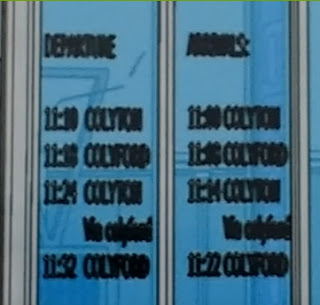 ... the tramway company is obviously expecting exceptional growth with trams running about every ten minutes. Also of interest, from the above snap, is the as yet unpublished proposal to build an avoiding line so trams can miss out the Colyford stop. Perhaps a bridge to divert away from the present level crossing? 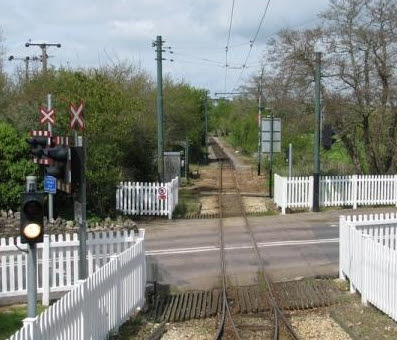 Architects don't quite understand transport, do they?

And, Talking of Archiects' "Impressions" ...
Work is progressing on the Northern Line extension to Battersea (London)

It will terminate close to the former and forlorn power station ... 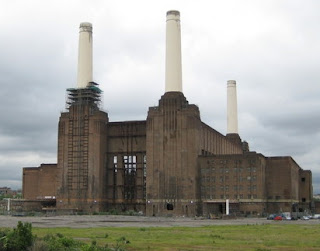 ... by linking with the present turning loop at Kennington Station. Under the present Northern line timetable, most trains via Charing Cross terminate there and it is these that will run on to Battersea. 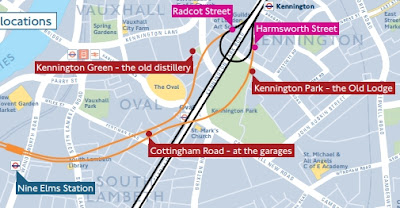 We have had the usual press releases with pictures of tunnels ... 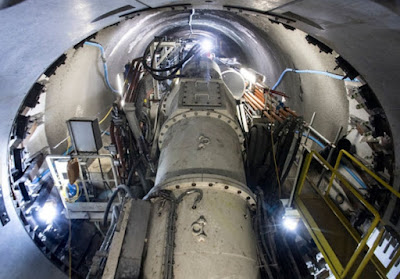 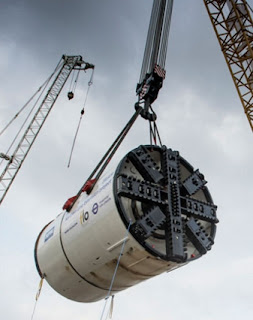 To these has been joined an "impression" of the Battersea terminus building. 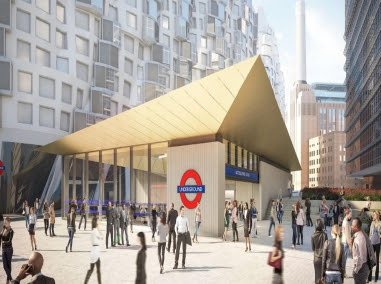 Clearly, this area is to become a mecca for the anorexic, a disease which has spread to the power station chimney in the background ... 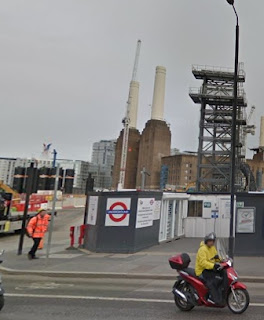 ... which might also be an "impression" on the sketch! The view is from Battersea Park Road.

But fbb has stretched the sketch until the people look sort-of normal. 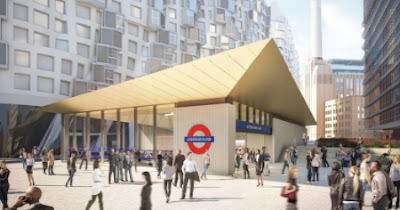 It will be enlightening to see what actually appears!

No news, yet, of the extension's extension to Clapham Junction ... 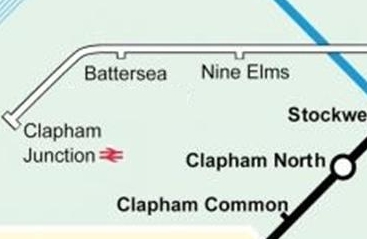 ... which, as its name doesn't suggest, is also in Battersea.

More "stuff" on the morrow.