One Small Step for Todmorden [3]

A Rocky Road Thru' Them Thar Rocky Hills
fbb has selected a few on-line headlines which chart the progress (or otherwise) of the reinstatement of the Todmorden curve. 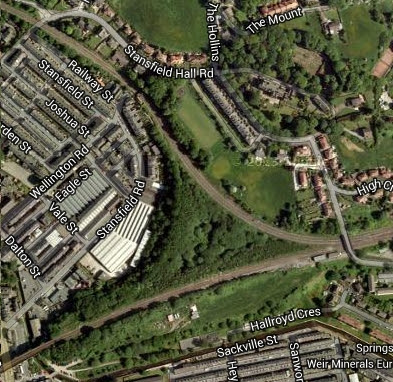 May 2011
Faster trains could be running between Burnley and Manchester as soon as December 2013 after engineers gave their seal of approval to the project.


Summer 2011
Direct trains from Burnley to Manchester moved a step closer with Network Rail's announcement that the project is feasible. Network Rail has completed an ecology and asset condition survey at the site of the Todmorden Curve and has found no issues of major concern.


June 2013 ...
Network Rail has announced it will be carrying out a programme of work to repair and strengthen the 250 metre long Holme Tunnel, resulting in the closure of the railway line between Hebden Bridge and Burnley Manchester Road for 20 weeks between November 9 and March 30 2014, during which time a replacement bus service will operate.


... and a comment ...
It sounds a very long time for a tunnel which is only 250 yards long, but I don't know the scale of the problem. But the work is timed to  finish about a month before the Todmorden curve reopens (in May 2014), so some credit to NR for scheduling the work now rather than disrupt the new service after it starts? They'd better finish it on time... 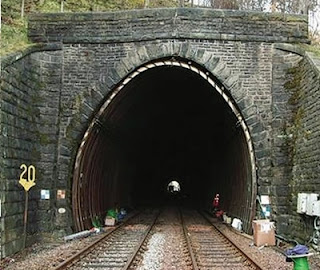 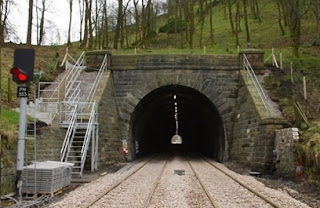 
October 2013
Burnley’s much-anticipated direct rail link to Manchester is facing delays due to a shortage of trains. The opening of the £8.8m. Todmorden Curve will be put back until more diesel trains become available. Work has already started on the project, to reinstate a section of track between Burnley and Todmorden. The project was due to be launched in May 2014.


January 2014
Labour's Calder Valley parliamentary candidate has been told by Northern Rail that trains will not run on the new 'Todmorden Curve' track until December 2014, confirming fears that a lack of rolling stock would delay passengers benefitting from the track upgrade. In response to that visit, sitting MP Craig Whittaker ... 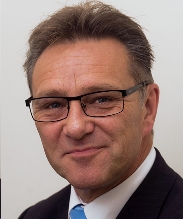 ... accused Labour of scaremongering, telling the Todmorden News that he expected the required diesel trains to be found by May (2014) and for the new route to be fully operational on time.

... and a comment ...
It has taken 4 years - and counting - for a small section of track to be replaced, so that trains can run from Burnley Manchester Road to Manchester Victoria. The breathtaking incompetence of Railtrack and Northern Rail means that the latest delay is as the result of signalling work. Apparently, the nitwits installed the signalling for the outward journey, but not the return.

August 2014 (6th)
The Shadow Minister for Railways has slammed the Government for the delay in putting trains on Burnley’s new Todmorden Curve rail route. 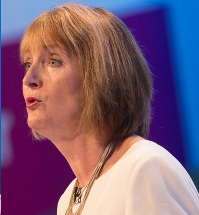 Lilian Greenwood MP made the comments when she met Burnley’s Labour parliamentary candidate Julie Cooper at the town’s new Manchester Road Station. The much-anticipated reinstatement of the Todmorden Curve, which would reduce journey times to and from Manchester, was completed in May, but has been unable to be utilised as there is no rolling stock available.


August 2014 (15th)
Further delays have hit the long-awaited reinstatement of the Todmorden Curve. The track, which will see train times from Burnley to Manchester slashed to 45 minutes, was set to open later this year. However, signalling work will now not be finished until February meaning trains will not be appearing on the line until May 2015 at the earliest. 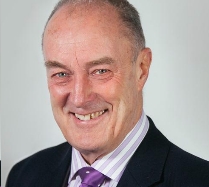 Burnley MP Gordon Birtwistle has slammed Network Rail and Northern Rail, accusing both companies of complete and utter incompetence. “I’m 71 years old and I’ve never heard of anything like this,” he said. “I’d sack the lot of them."

October 2014
Long-promised extra train services will not be running along the Calder Valley line until next spring at the earliest. That is almost a year after they were first expected to run, following completion of around £9 million of work on the Todmorden Curve and other improvements, including the rail bridge at Windy Bridge, between Todmorden and Cliviger. With timetabling now being finalised for the winter timetables, due in mid-December, infrastructure and service work would not be completed in time.


May 2015 (29th)
The “Todmorden Curve” will bring no benefits to Pendle, according to a rail campaigner who has criticised the timetabling of trains. Peter Brass says, in one instance, trains using the Todmorden curve from Manchester Victoria heading for Blackburn, and trains travelling in the Colne direction from the west arrive and depart Rose Grove (the most convenient connecting station) ... 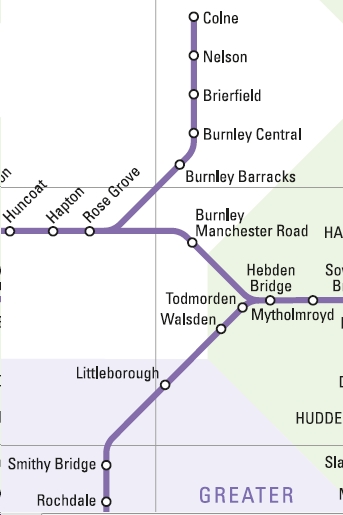 ... in the same minute, leaving little prospect of people making the connection.

He's right, you know. If you wanted to go from Todmorden or Rochdale to Colne (if?) on most hours you would arrive at Rose Grove at xx49, just in time to see the Clitheroe train set off. The other way you would have a 55 minute wait at most times of the day.

Another early promise is not delivered. The idea was that the journey from Burnley to Manchester would "take just 40 minutes" jolly nearly half hat of "The Witch Way" bus.

Well, it is better than no service and still faster than the bus.

Tomorrow we conclude this little series by taking a look at the Copy Pit Line; the chunk of track between Todmorden and Burnley Manchester Road. In doing so, we will take a (virtual) wander round the little East Lancashire village of Cliviger. 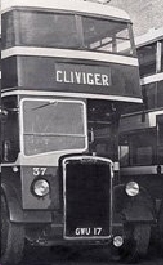 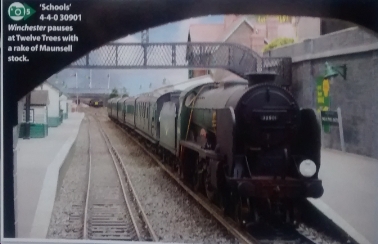 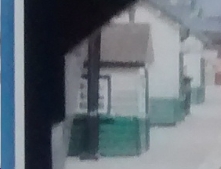