Delights of the Dart [2] 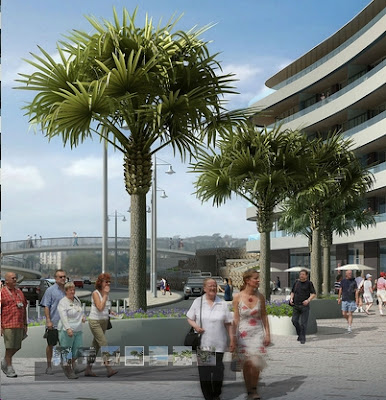 It is its palm trees and supposedly Riviera weather that endears Torquay to its droves of summer visitors. Yonks ago it was a little fishing village clustered round a tiny harbour. 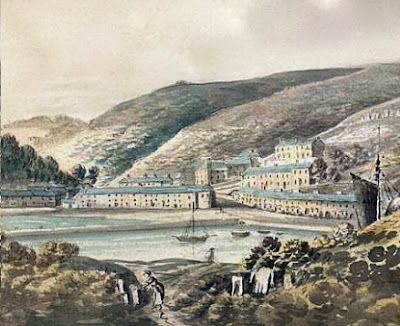 It have growed a bit. 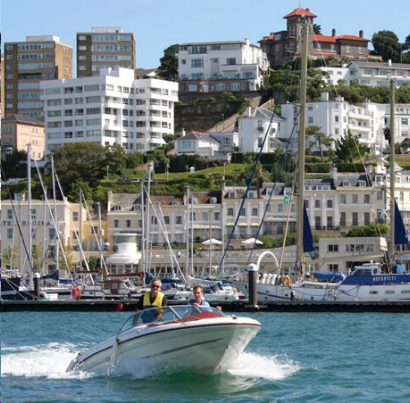 The town centre road network is incomprehensible; so much so that every time fbb has visited by car he has become utterly lost. But all buses meet up at "The Strand" alongside the harbour and beside Debenhams. 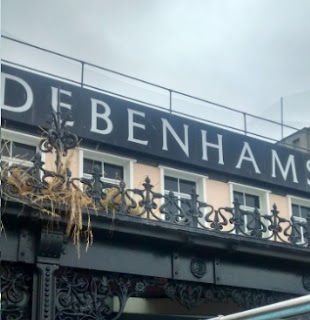 Torquay is Stagecoach-land with a typical mix of not very interesting vehicles ... 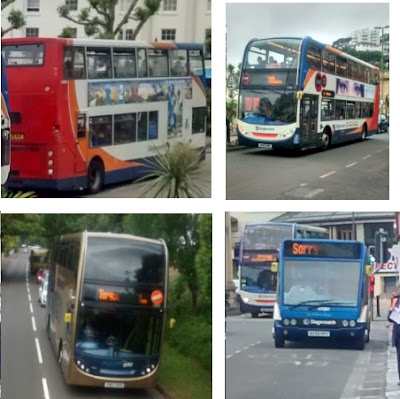 ... but always smartly turned out. Over the years, uncle Brian has withdrawn from some of the less profitable local runs and these are now operated by "Local Link" a company based in Paignton, 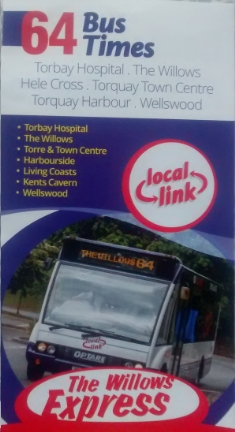 ... are smart and professional, excellent in all respects except one. The maps are awful. No, really awful. 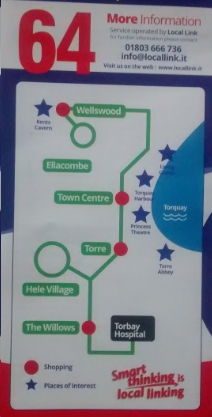 Compare this with reality. 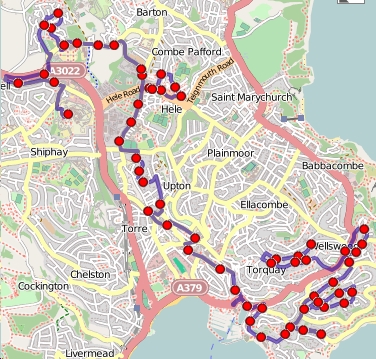 The top (top) is actually the bottom (bottom) in reality and the intricacies of the route are quietly overlooked.

Their vehicles (mainly Optares) seem to be in good nick ... 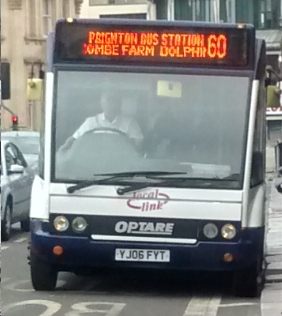 ... but in July several of the routes lose their Saturday service, in the words of the notice, "to ensure the viability of that on Monday to Friday". A money saving but passenger losing policy, maybe?


But the fbbs were waiting for the once a day route 100, yet another part of the Dart Rail, River and Bus empire. Impressively, a Dart River man arrived to meet and greet the twenty or so hardy souls who were to travel topless to Totnes. 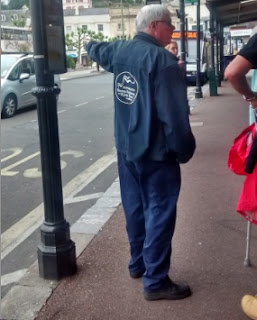 The vehicle, an aged Bristol VR ... 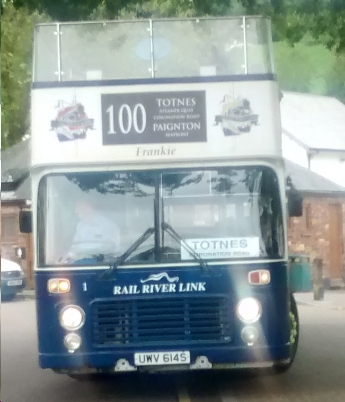 ... is enjoying a second life on the English Riviera. 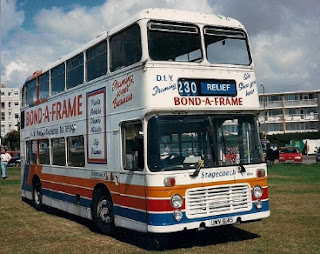 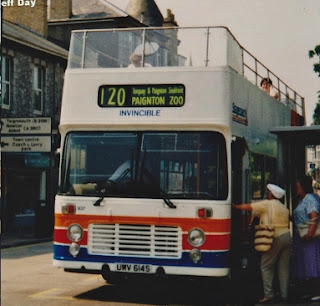 As fbb has said, nothing very interesting about the vehicles he saw whilst waiting for service 100. But then something intriguing did appear.

More tomorrow, but, in the meantime, if you are waiting outside Debenhams in Torquay; and if you might be hoping to check on a timetable in the frame at the stop ...

Unless you are 8 feet tall or are carrying a portable lightweight step ladder. 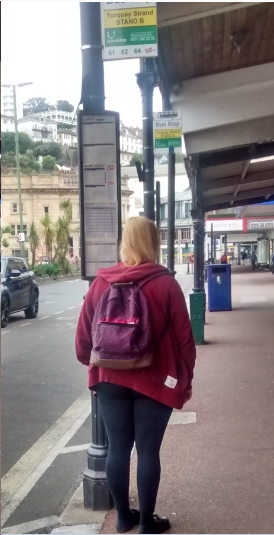 Or even a heavyweight one! 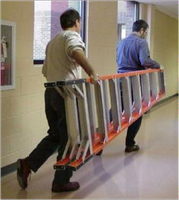 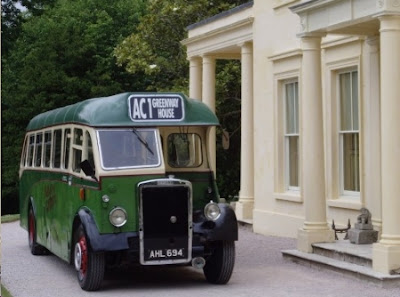 A comment writer suggested this service (AC1) was suspended because of a bodywork problem.

At Churston Station yesterday, a train-bound fbb spotted this vehicle ... 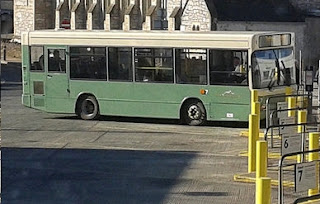 ... lettered NT1 which operates a shuttle from Churston to the estate's gates via Greenway Halt. 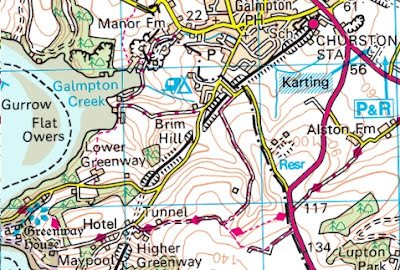 This is NOT the same service but it does provide a useful link (free to train ticket holders) that avoids the scramble from Halt to House. 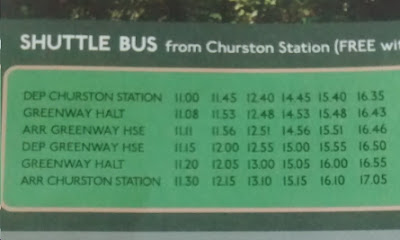