OR Coping with the Coordination Conundrum
Who remembers Winifred Atwell ... ... pianist? In her stage and TV act she made much of transferring to her "other piano" which might well be described as "honky-tonk". Well, lorry-driving Dave, fbb's Sheffield chum, has been driving his "other lorry" ... 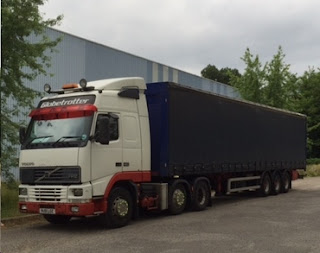 ... painted white not blue. Here it is parked up at a place called Huningue. And here is a sign which tells you where he is. 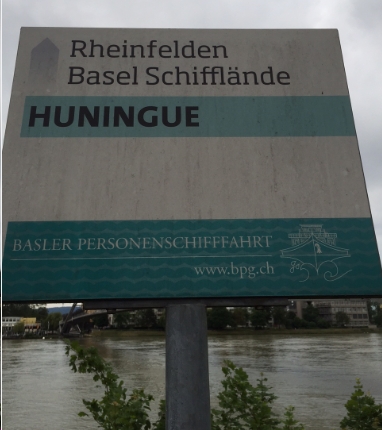 The river in the background gives a clue; and the bottom label offers "Basler Personnenschifffahrt". Basler is easy; it means appertaining to Basel (Basle). The next word, typical of German lingo, concatenates Personen (person), Schiff (ship) and Fahrt (no it doesn't; it means journey).

The sign is a Schifflände (boat landing i.e. boat stop) for a service from Basel (left) ... 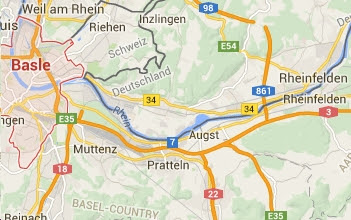 ... to Rheinfelden (right). But which Rheinfelden? There are two stations, one on the north bank in Germany (Deutsche Bahn : DB) ... 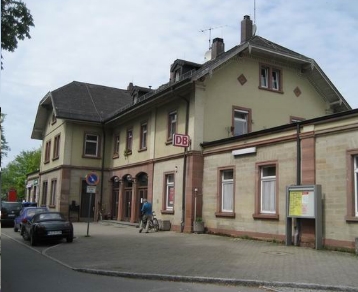 ... and one on the south bank in Switzerland (SBB). 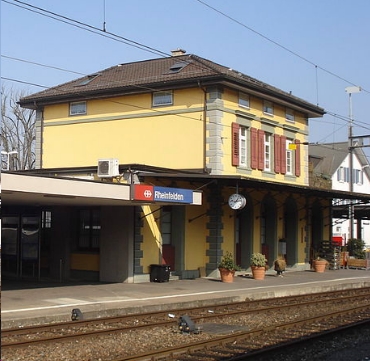 OK, this is a Basel boat and its Schifflände is on the south bank (aerial view, bottom). 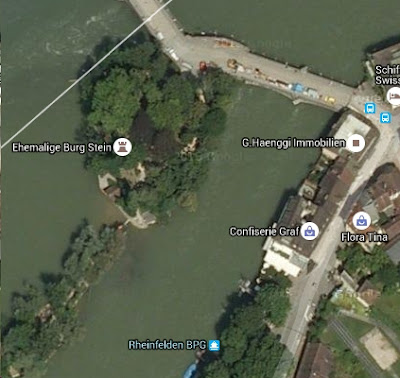 Thanks to the wonders of the interwebnet, we can look up he company and find out all about its various Schiffahrten. Here's the daily round trip to Rheinfelden along the river, guess what, Rhein (Rhine in English)! 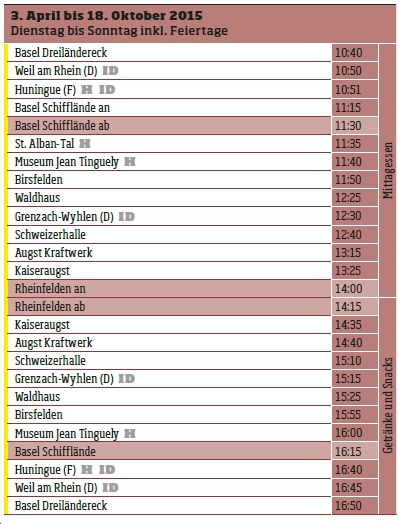 Christoph Merian, as you would expect, is a celebrated Swiss banker. 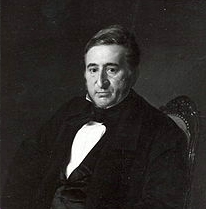 Today, he is remembered mainly for founding the Christoph Merian Stiftung, a highly visible non-profit entity that continues to support social, cultural, ecological and economic projects to the benefit of the general population in the Basel region to this day. As of 2006, its worth was 289 Million Swiss Francs, in addition to the 900 ha of land it owns.

This is the "Lunch Boat", M S Baslerdybli.

And this is the lunch. 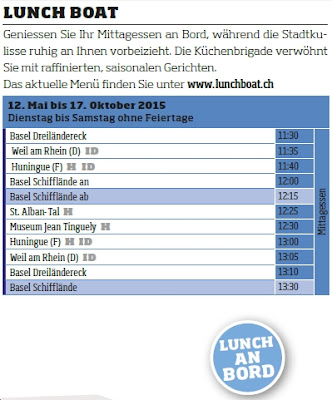 English "lunch" is "Mittagessen" (midday eat) in German so, presumably "lunch" in German has a more subtle meaning.

Oddly, the Basler Dybli is a postage stamp from 1845 (aka Basler Taube), the first ever to be printed in three colours. 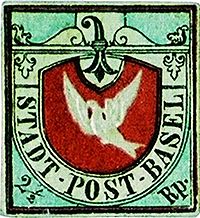 There must be a good reason why a boat should be named after a stamp!

The company has a third boat, M S Lallerkönig ... 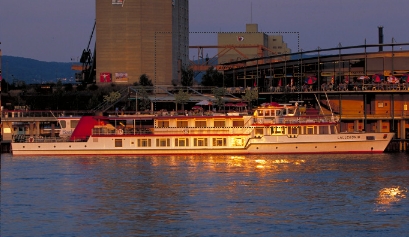 ... which does shorter evening tours. 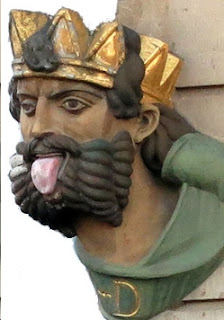 Its a king's head with its tongue sticking out. Historically it used to be mechanically driven, but has, since the 17th century at least, symbolised the tension between different bits of Basel.

Because the city has a problem. 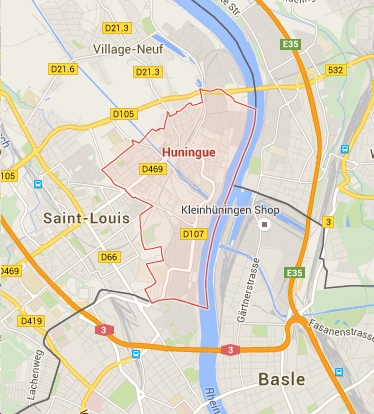 We can all agree that it is in Switzerland. And there is Huningue which is in France and, top right on he map, we are in Germany

Yet, realistically, Saint-Louis and Huningue (French) and Weil am Rhein (German) are suburbs of Basel (Swiss). The place is littered with border crossings. You can see the fun by looking at the boat timetables.

This Swiss ferry company picks up at Huningue (FR) and Weil am Rhein (D) after calling at Basel Dreiländereck (CH) ...

... where "ID" indicated that identity card or Passport may be required. Switzerland, independent as ever, is not in the EU nor does it use Euros. "H" at Huningue means stops on request. 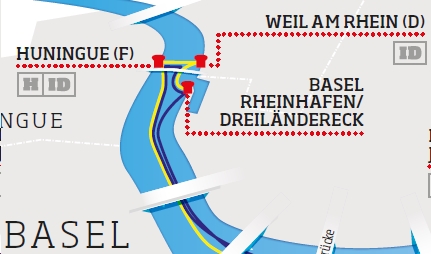 Public Transport must  be a real conundrum!