Yet More Catching Up

When fbb taught RE, he used to have short one-word answer tests in order to assess his "students". Actually, he could assess them very well without tests, but the school liked to see some actual marks on the termly report.

Often, just before question 1, a hand would go up and the question was posed, "Does Spelling Count?"

fbb's standard reply went something like this. "If you tried to get a mark for XVQXRP as an acceptable spelling of Jesus, then it would count. A couple of letters wrong in Mahershalalhashbaz might be OK."

Over several months there have been parlous inadequacies in spelling skills as shown by Powell's Bus in the Sheffield area.

So here are four questions and Powell's possible answers.

1. Name a former station between Millhouses & Ecclesall and Sheffield. 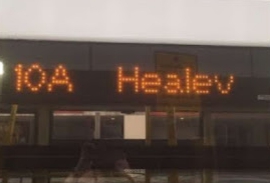 WRONG! The correct answer is HEELEY. 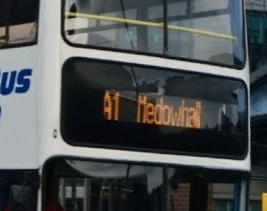 WRONG! The correct answer is MEADOWHALL

3. (Tricky, this). Give the present name of the stop which Sheffield Transport used to call "Elm Tree". 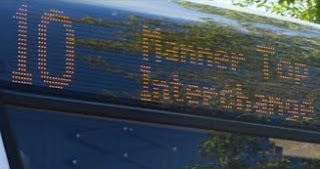 4. Give the generic name for a selection of Sir Walter Scott's novels and a new suburb between Rotherham and Sheffield. 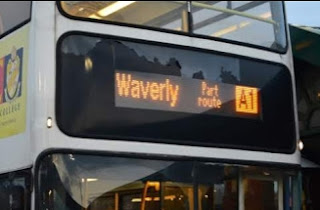 WRONG! The correct answer is WAVERLEY

"Waverly" is the latest in the collection of howlers.

And, talking of Waverley ...
Take a trip to Overground's Hampstead Heath station. 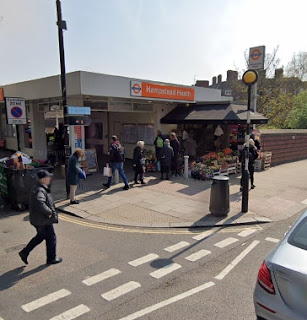 Cross via the pedestrian crossing ... 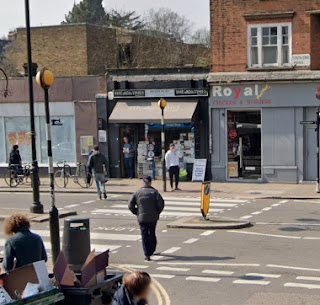 ... and look left and upwards.

Here you will see the very l;atest advertisment for the L N E R ...

... the nationalised train company that runs Azumas out of Kings Cross. 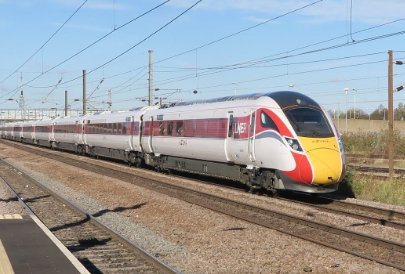 This is an interesting rebranding ... 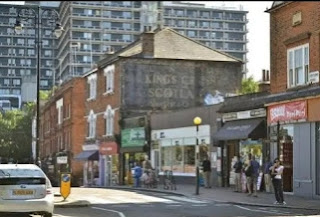 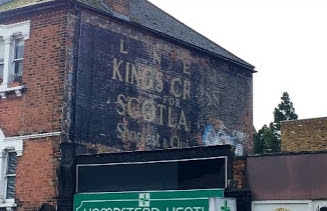 Maybe due for a lick of paint?

Manchester Electrics
Headlines a while back announced that Stagecoach would introduce 105 elelctric buses in Manchester but ONLY IF the city would allow the company to retain its independence. You will remember that the mayor wants to "do a London".

As somebody once said on Sunday in 1939, "No such assurances have been received" - but electric buses are on the way. Stagecoach have twittered a couple of pictures of the vehicles ... 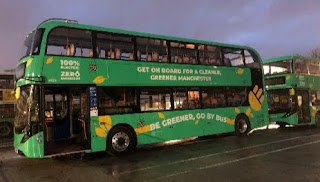 ... and the charging posts. 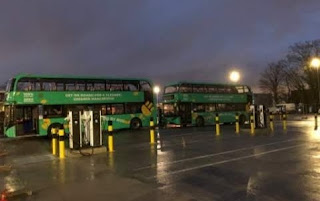 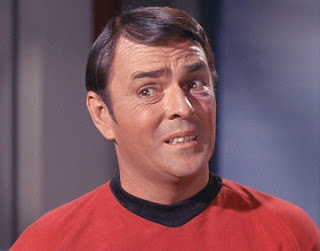 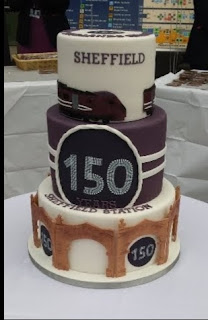 The station has recently celebrated its 150th birthday with a splendid cake in East Midlands Railway purple and a representation of the distictive frontage wrapped around the lower tier. 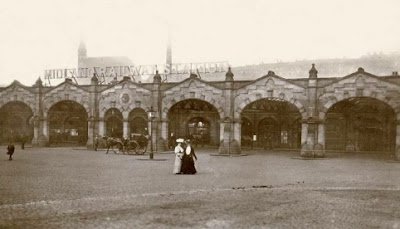 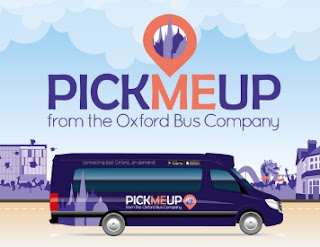 Comfy minibuses run you door to door round much of the city. Celebrating 30,000 journeys, the boss, Phil Southall ... 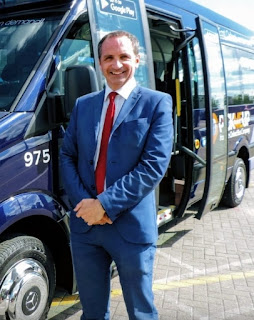 “This is another fantastic landmark for PickMeUp that has been delivered ahead of our expectations. People have really taken to the service and it is continuing to grow. Students have embraced the service since the start of the new academic year and we have noticed students have been signing up to the app and using it.”

The same Phil Southall was recently quoted in the Trade Press as proffering a very different "take" on the operation. 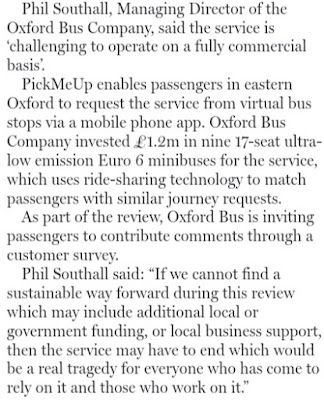 Almost everybody in the industry plus enthusasts (some of them users and supporters of the service) have known all along that such a scheme CAN NEVER BE COMMECIALLY VIABLE.

Southall
I am Director of the Oxford Bus;

Drivers
And a good Director, too!

Southall
You’re very, very good,
And be it understood,
I command a right good crew.

Drivers
We’re very, very good,
And be it understood,
He commands a right good crew.

Southall
Through running Uber buses,
Travel without fuss is,
Wonder to be seen.
Pick Me Up's success
is really just a mess,
And it'll NEVER NEVER make a bean!

Thanks to William Schwenk Gilbert and Sir Arthus Seymour Sullivan for these poignant but realistic words!

Tomorrow - a bit more from Norwich.