And Along Come Three (Nearly) At Once

It's A Gas At Bristol East!

A few days ago, fbb reported (courtesy of First Bristol's staff newsletter) that the first of a huge batch of 77 gas buses had arrived at Lawrence Hill depot. Well, they have had a launch! 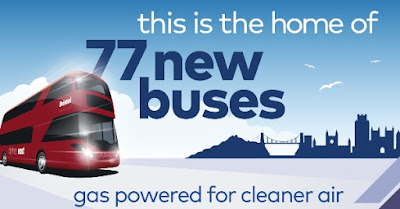 A selection of pictures dropped into fbb's in-box included a better version of the new livery compared with that shown in the newsletter. 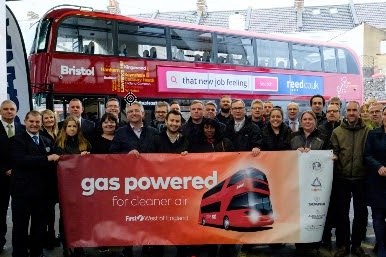 The maroon is a little brighter, but still lacking swirls or diagonals (or even a nice cream bodyside stripe above the bottom deck windows). The "fleet name" of Citylines Bristol East begins to make a bit of sense thanks to the collection of destinations emblazoned between the decks. Is orange/red on red a good idea?

Bristolian omnibologists might enjoy predicting which route numbers will be the first to welcome Bristol East branding. 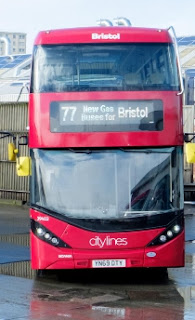 And here the Great and the Good are enthusiastically eyeing the gas pump system ... 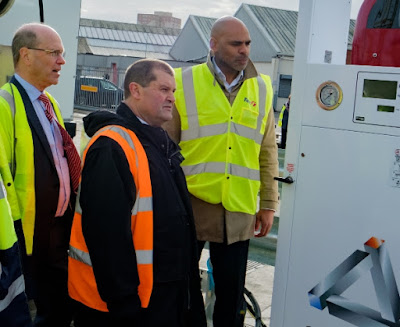 ... and marvelling at the accumulation of small gas tanks ... 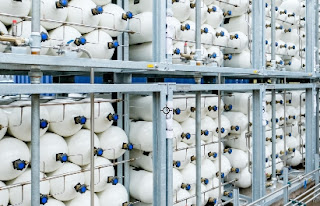 ... perhaps a temporary facility until the whole caboodle is installed and working at Lawrence Hill depot.

Or are they squeezy soap bottles to help keep the new buses shiny clean?

A Launch Commemorated
Whatever your view of bus launches and "aren't we wonderful" PR in general, one aspect of the Knees up at Knorwich was the publication of a splendid commemorative brochure.

The story of the route begins back in the dim and distant days of the National Bus Company when a series of limited stop services began, aimed at filling gaps left by railway closures. They were called "Eastlines" and one such was the 794 between Lowestoft, Norwich and Peterborough. 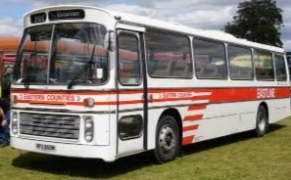 It all began with fairly standard single deck coaches, then double decks in the so-called "Venetian Blind" livery. Frequency was limited in the early stages ... 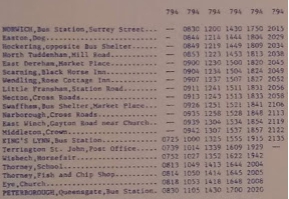 ... with the 794 supplementing all stops "local" routes between the main towns.  Privatisation brought a couple of ollies with coach seating ... 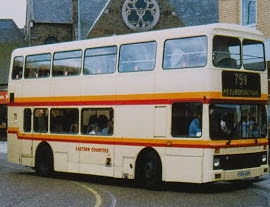 ... and progressive uplifts of the through service frequency (presumably commensurate with reduction of the good-old traditional bus routes).

Coaches returned, now with the first revelations of "Excel" branding and X94 instead of 794 ... 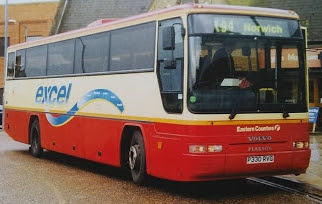 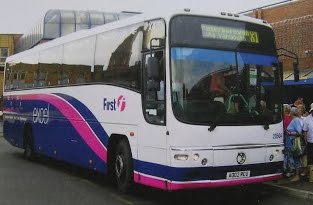 We are now in the modern era with the route number a much simpler X1. X1 begat X1 Excel, then just Excel and we are now into moving steadily onwards into swish branding. 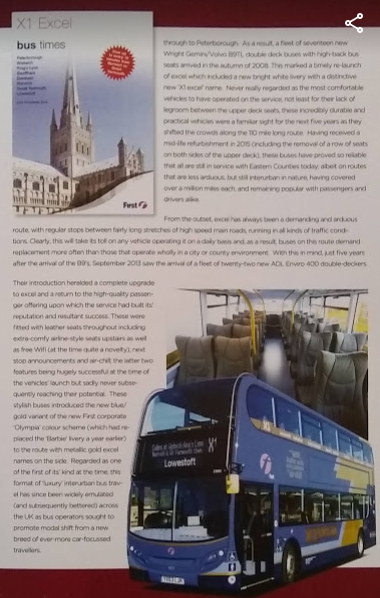 It is this weekend that sees full deployment of the new red motors and the new improved timetable. 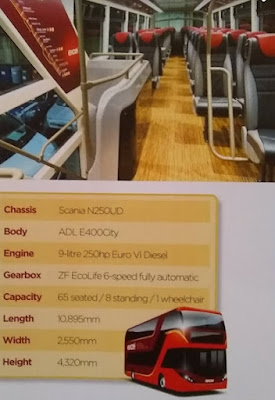 There is such a vast amount of fascinating information in this brochure, far too much to cover in a simple blog, but, be assured, the booklet is a credit to First Bus and belies some opinions that the company is a "basket case" and on the verge of total collapse.

And there is yet another launch to come next week.

Nudity in Northampton
The shoppng street Marefair (now lacking any sales of Mares) has suffered at the hands of storm Ciara. High winds removed signiciant chunks of the roof of the "Sol Centre" (a k a Vue Cineman and Ibis Hotel). 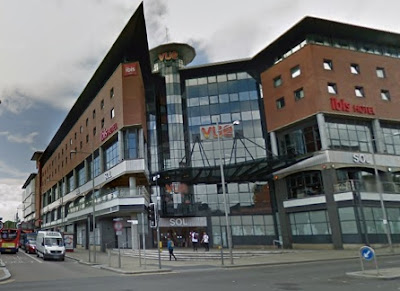 Correspondent Alan was intrigued/shocked/embarrassed by a note on the Stagecoach web site. 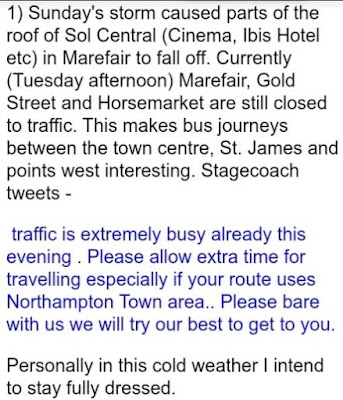 You are right, Alan; it is not the best weather to venture outdoors "au naturel" to be bare with Stagecoach!