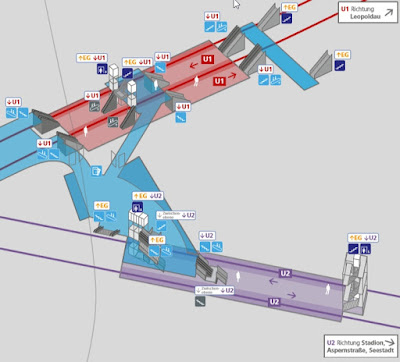 Maybe it is not possible to discern from this Vienna U-Bahn diagram, or even from this picture of the descent to the platforms. 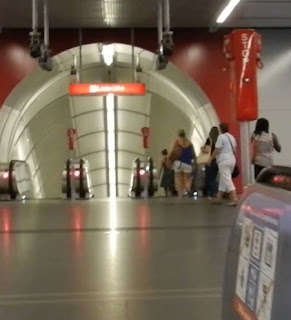 But there is a bigger clue here ON the platforms of U-Bahn line 4. 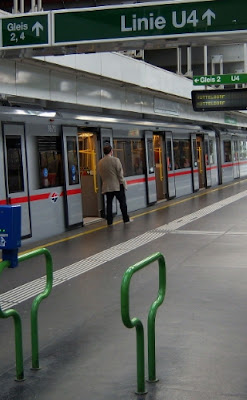 You are required to validate your ticket (where necessary) in the little blue box ... ... but otherwise access to the whole network is unimpeded. Similar machines exist in buses and trams.

The whole range of tickets is valid throughout the Vienna city zone no matter who or what is operating the service. The internet is very quiet about the possibility of buying just one ticket for a journey at point of departure; although machines are provided ... 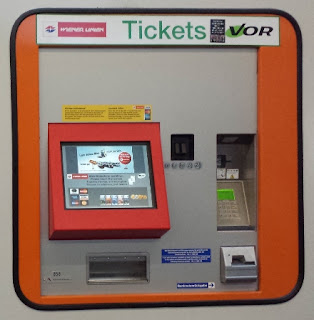 ... with a typical display for one single journey.

Prices have increased since this screen shot was posted on-line.

You can also pay the driver and purchase on a tram but, as usual, the price is higher than buying in bulk. By far the majority of journeys are made on some sort of multi journey ticker of which there is a bewildering array. 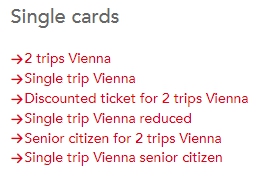 For on-line single tickets, you have to buy a minimum of 10 - at a discount, of course.

24 hour, 48 hour and weekly versions are all available.

Without barriers, you might expect huge amounts of ticketless fraudulent travel. fbb has no knowledge of what sort of level this might be, but teams of ticket checkers roam the system and issue on-the-spot and substantial fines to miscreants. Sometimes they operate in plain clothes mode.

Tram Tours
As well as the tour buses, there is a circular tour by tram. 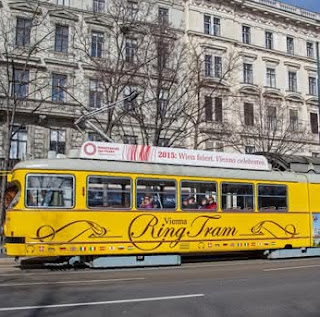 The yellow Vienna Ring Tram circles Vienna's Ringstrasse boulevard, passing the city's most important sights. During the approximately 25-minute ride, the most important information on the sights is offered in eight languages and in Viennese dialect over headsets.The picking up and setting down points are located on Schwedenplatz. Departure is daily from 10.00 am to 5.30 pm on the hour and half hour.

Not cheap (like all tour buses!) at €12 and not included on "standard" fare deals.

The Vienna Transport Museum also runs a Historic tram tour in the evenings during the summer season (May to October) and occasionally out of season. 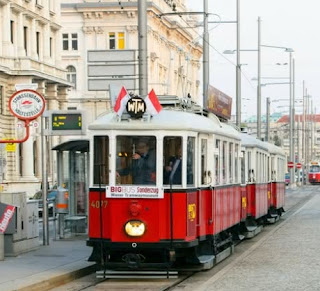 fbb would be happier to use a standard day ticket, tram-hop, plus a simple guide book! 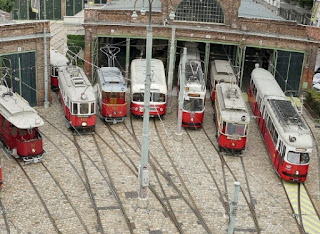 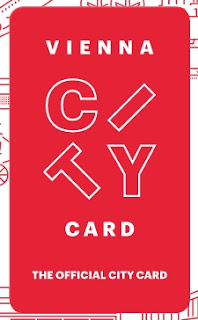 This is a ticket as per the "standard" public transport offers (e.g. day ticket) plus discounts on places of interest. You probably need to pack in a whole heap of visits each day to benefit from the deal, but it is worth considering.

fbb is already planning his Wiener Linien activity for the proposed holiday later this year. Negotiations with Mrs fbb have yet to commence. 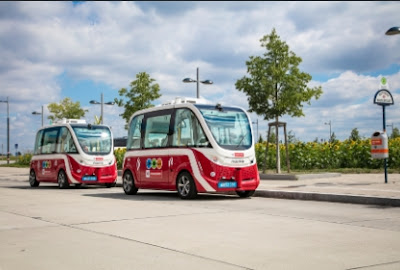 Started in June last year, the experimental scheme almost immediately ran into trouble and into people!

The two Wiener Linen autonomous minibuses are currently garaged for the foreseeable future. On Thursday, July 18, at 9 o’clock in the morning, a 29-year-old pedestrian suffered minor injuries in a collision with one of the new buses. It was the first accident with the new system. Walking across Ilse-Arlt-Straße in Seestadt while wearing headphones and looking at her phone, the woman did not see the bus approaching at 12 km/h and stepped out in front of it.

The buses are covered in sensors to anticipate and avoid exactly such situations, but did not react in this case. Instead, it was the human operator still traveling with the bus who intervened and stopped the vehicle. The manufacturer of the sensors, the French company Navya, has already sent engineers to Vienna to examine the issue and get the test project up and running again once all open questions are resolved. 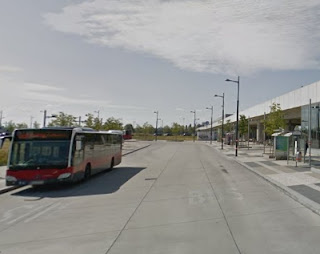 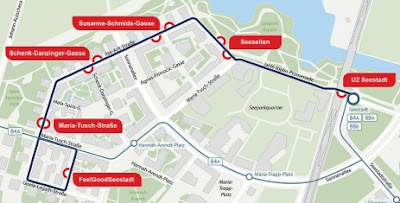 ... it is not clear at a distance whether the experiment has restarted. 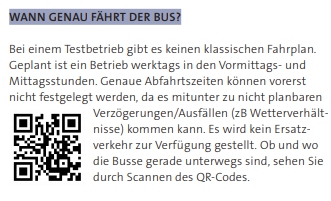 So here is a short video.
Transport of the future?