Slough Council and Heathrow's money came together to create a new service 459 which started last November. 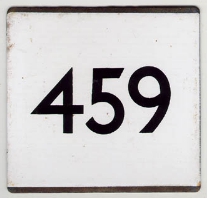 London Bus numerologists may remember a route 459 in the Kingston area (click on the timetable for an enlarged picture) ...

... but more aged omnibologists may also remember a Country Bus 459. This ran from Uxbridge to Iver and Richings Park. 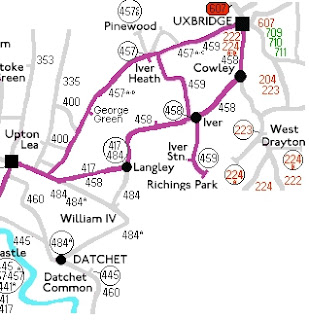 On line offers a picture of a model bus on this very route. 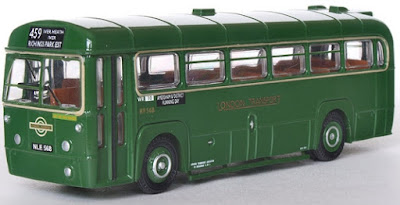 It is, fbb believes, an RF.

The new 459, running free for an initial period, has little in common with the green original except the number and the link between Richings Park and Iver. Iver Parish proudly announced its introduction ... 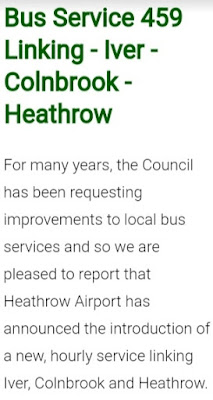 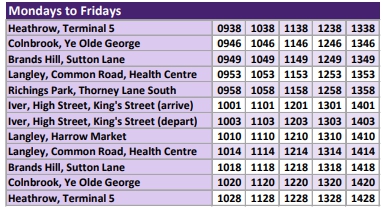 ... and a rudimentary route map. 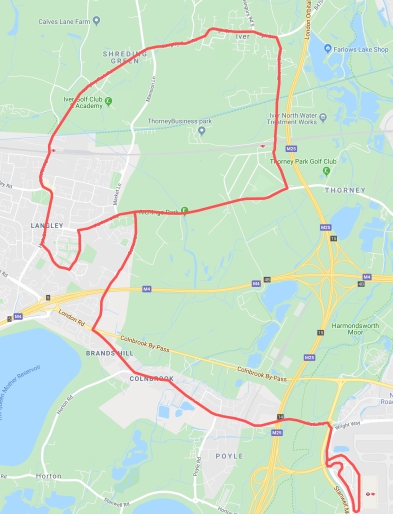 The map is not the most helpful publication because it does not tell the whole truth. Buses run, as expected, from Terminal 5 via a surprisingly quaint Colnbrook ... 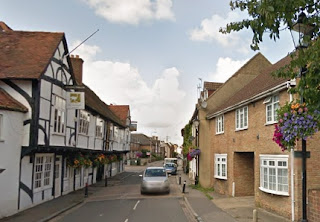 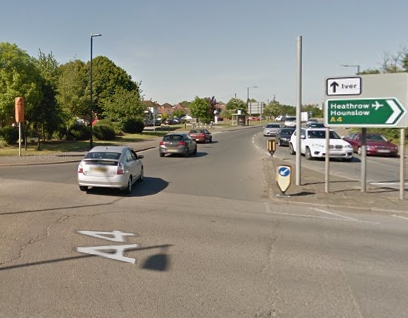 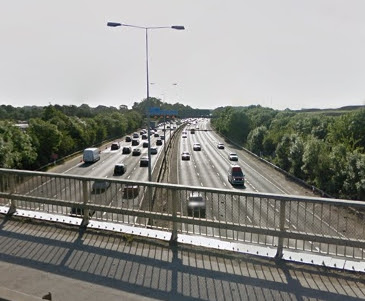 ... and on to the lights at the end of Sutton Lane. 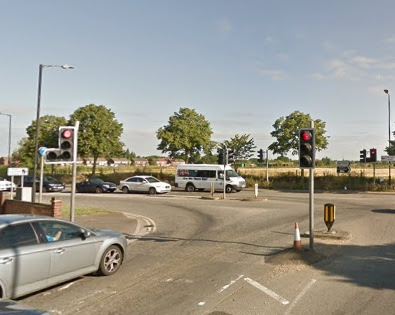 Does the 459 turn left an loop clockwise via Langley, Iver and Richings Park? Or does it turn tight and loop widdershins?

In fact it sort-of does both. The timetable shows a left turn, a nip to Langley, a conceptual "U" turn and back past the lights to complete the anticlockwise loop. Presumably the planners were anxious to give Langley a "proper" service from and to Heathrow whilst condemning Richings Park and Iver to a one way loop? 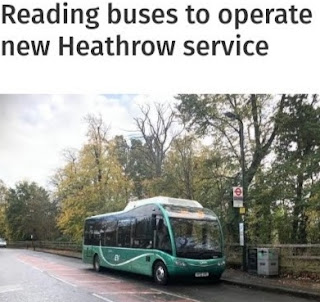 Reading Buses won the contract to run the 459 tagging it on to its Thames Valley operation in Slough. The publicity proudly announced that the vehicle (one bus in steam) would be an electric bus. 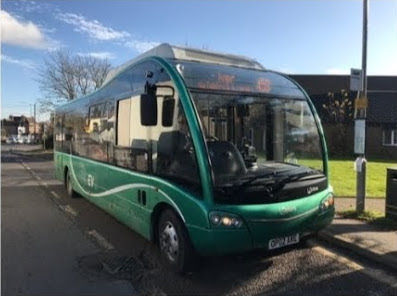 Optare Electric OP02 ARE has served as demonstrator with many operators over that last year or so. Seen below (clockwise from top left) with ... 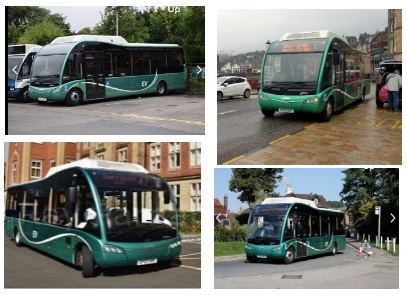 Stagecoach at Cwmbrân, Clyde Coast at Oban, Arriva North East and Go Coach at Sevenoaks and, doubtless, a few more.

Roger French sampled the route during this "introductory" period and was far from happy.

There was, he wrote, no information of any use for the 459 at the Heathrow Terminal 5 wind tunnel ... 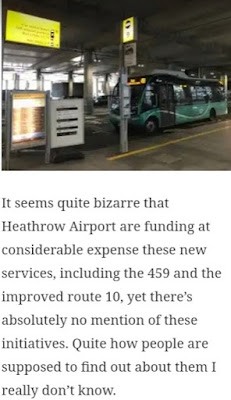 ... and not just this new route. Some London Buses "publicity" was farcically bad. 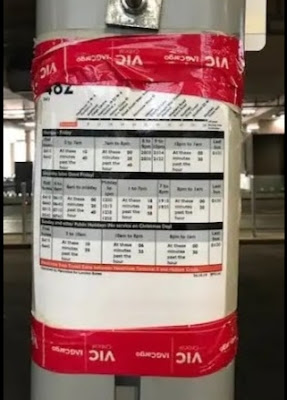 Out in the sticks at Iver things were equally poor. 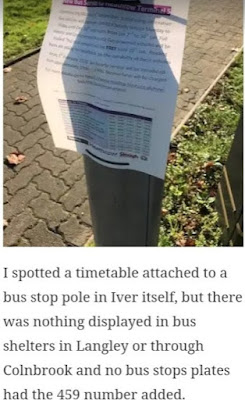 Timetable leaflets? Where would you look? At least Heathrow's central bus station is better equipped. 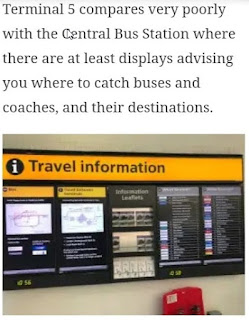 Then, when this series of blogs began earlier in the week, correspondent James wrote of his experience on the 459.

I did a rounder on the 459 before Christmas, following a flag up from Roger French.  It was not easy to find at Terminal 5 with zero signage or information.  I wondered whether that might have been because it had not officially started.  The only clue that I had was the Traveline timetable which had a stop number listed.

The lady driver asked me where I wanted to go but seemed to take it as quite normal when I said I wanted to go round and come back to Heathrow.  Towards the end of the trip she asked me if I would like to go around again to keep her company as, without any publicity anywhere, there were very few takers despite her stopping at any stop at which there were people to see if she could help them with on their journey.

So it would seem that little had happened, publicity-wise or passenger-wise, since Roger French's trip.

In view of the huge initial success of the 459 (NOT!) it comes as some surprise to take a look at the timetable that came into effect on Monday last, 3rd February.

It's all change at Langley Health Centre! 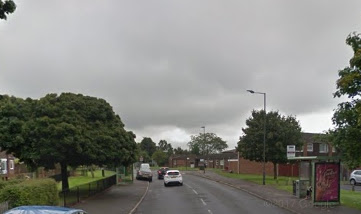 To add to the thrill of tomorrow's blog, and thanks to James again, fbb can reveal a really superb piece of Heathrow publicity!

Next Heathrow blog : Friday 7th February
Posted by fatbusbloke at 02:00