More Catching Up (And Ripping Up!)

fbb does not know why the TGV in "heritage" orange is called "Patrick" but there is a bit more to this story. Here "he" is at the head of his multi-liveried train ... 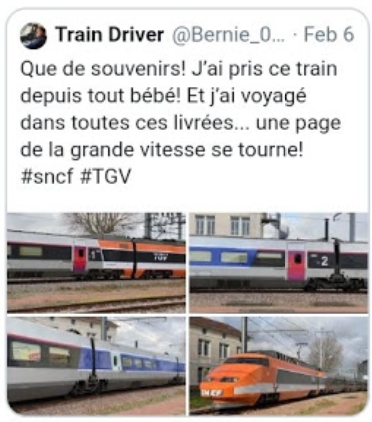 And Stagecoach Livery?
Two pics from Roger. A Stagecoach South travel office (where?) ... 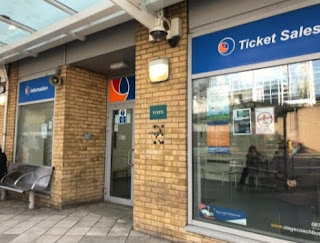 ... with some of the "art" displayed within. 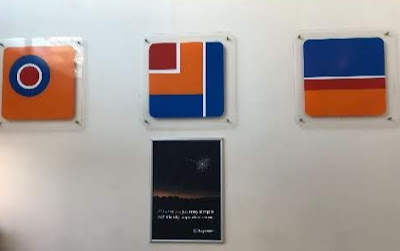 Rog comments that it would not look so good in Azure Blue or Ocean Green (or, presumably, school bus yellow?). 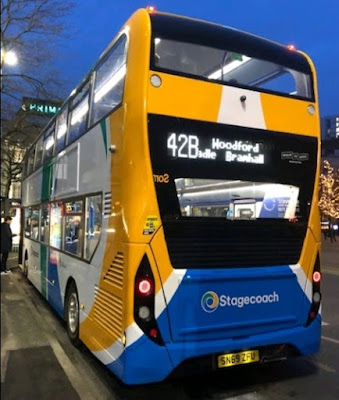 42B Manchester Piccadilly to Woodford. 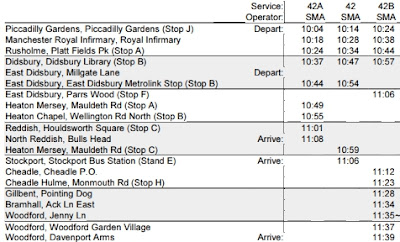 This was the bus displayed proudly at the livery launch at Doncaster Airport.

A comment writer points out that, if they stick an advert on the "boot lid", it will obscure the shiny redrawn fleet name.

Which rear end do you prefer? 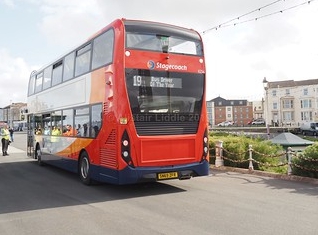 And For Heathrow?
Heathrow Express, the rip-off train service which dumps you at Paddington, far from where you might want to go; and does so at an eye watering "premium" price, is getting some new trains. The old new ones came with a really dull livery of grey and, erm, grey. 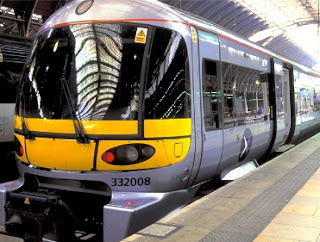 Many are now enlivened with adverorial material and some splodges of brightness. But these old new trains (class 332) are being dumped and replaced with new old trains (class 387 as on Great Western suburban lines). 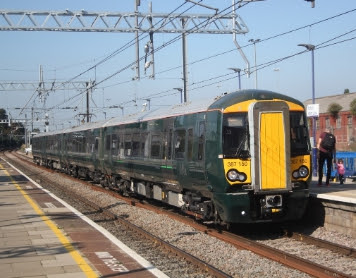 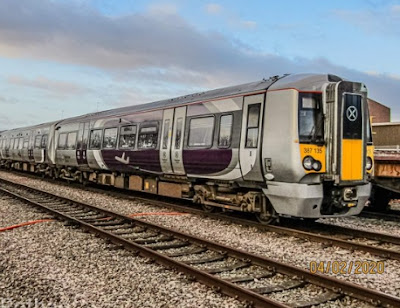 Is that attractive? Does it, to coin a phrase, create desire?

Ah, fbb now understands. That adjustable spanner on the side is actually a plane. 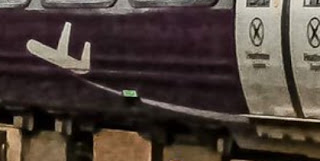 How does a one-sided plane manage to fly?

Ripping Yarns
It had to happen, and it was provoked by the apocalyptic meterological doom laden threats of storm Ciara.

Rain causes little damage to fbb's outdoor model railway. Even the thick snows of the Beast from the East melted away leaving nothing changed! 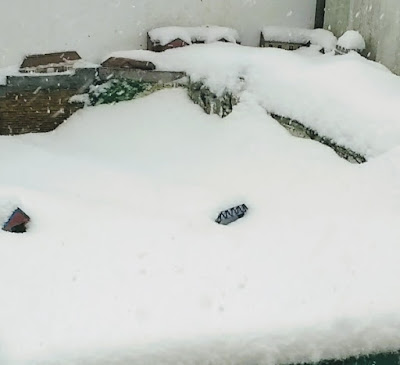 Real snow looks quite sweet, but is not ideal for running trains. 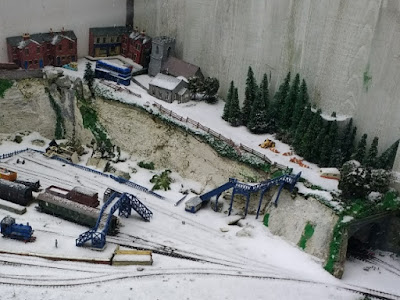 But high wind causes loadsa problems, notably by blowing all sorts of stuff off the railway and into some kind of time warp, never to appear again. So, to kill two problems with one packing-away, fbb made a start on a significant rebuild of part of the layout.

Rain, harmless to most of the plastic scenery, is not the best treatment for MDF; which fbb used, foolishly, for the "land" on top of the tunnel. Here are the remnants of parts of the tunnel including bits of Mrs fbb's bath towel, originally used to form the cliff face. 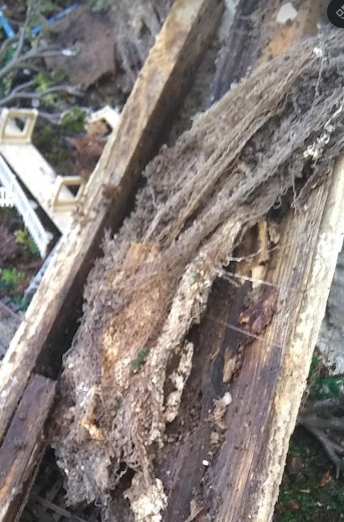 And here are the few tangible remnants of the aforesaid MDF ... 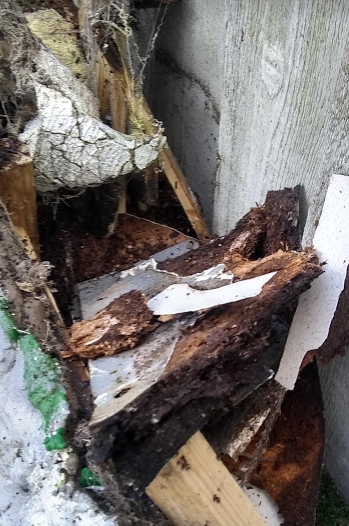 ... with amorphous detritus covering the track below! 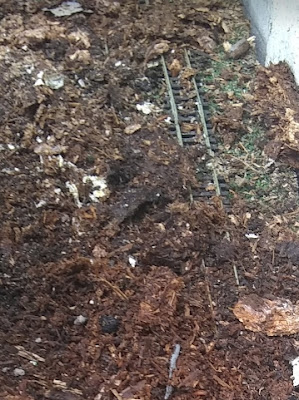 There was track under there! 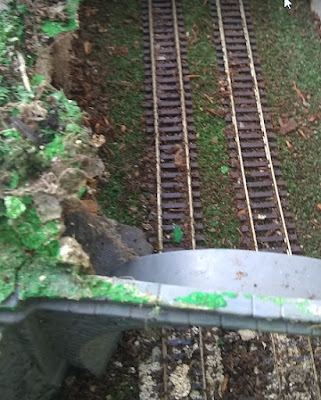 The scenic items themselves; grass, cows, tractor, bus, church and houses are all unharmed, if a little mucky. Over-scale raindrops bring with them over-scale crud. So much so that nature soon starts to colonise apparently inert plastic ... 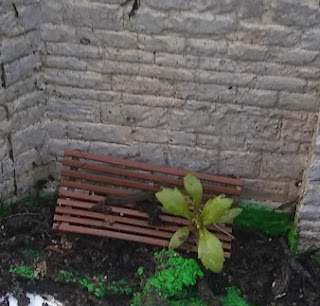 ... as here growing through a bench at the foot of St Hardulph's Church.

The new plank (once painted, cut to shape and screwed to 2 x 1 supports) will create the replacement land surface and will be removeable to allow work on the scenery without causing a serious back injury by leaning over the rest of the layout. Bonus! 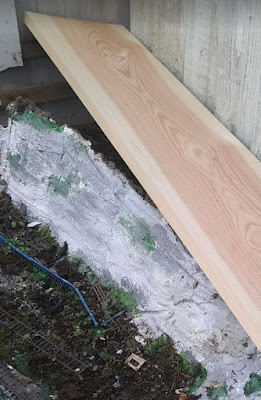 The tunnel face turned out to be almost indestructible and stands firm and strong under where its replacement top surface will be.

Next "catch up" blog : Monday 10th February
Posted by fatbusbloke at 02:00