More On The Excellent Bus Route

fbb is grateful to correspondent Julian who gave him a poke as regards buses between Norwich and Dereham. GoAhead's Konect Bus company is a significant player these days in the Norwich area, although First Bus still has the majority with its City services,

Julian pointed out that Konect ran buses "express" between Norwich and Dereham ... 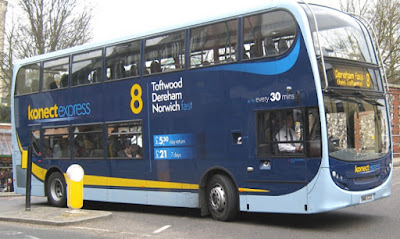 ... running fast with a final city stop at Newmarket Road. 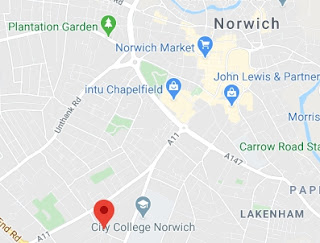 The A11 intersects with the A46 as it skirts the south of the city and Windmill Avenue is the first stop after pulling off the dual carriageway to trundle into Dereham. 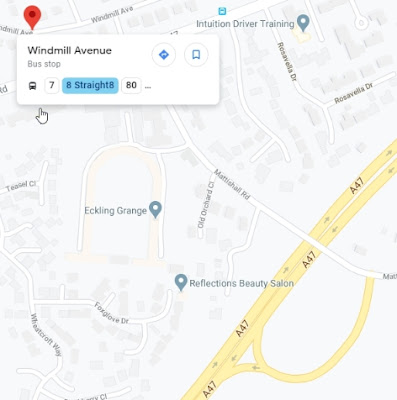 Presumably, Excel route  D  will do much the same in Dereham?

On the edge of Norwich, however, ALL Excel buses call, more imaginatively, at the Cringleford bus exchange. 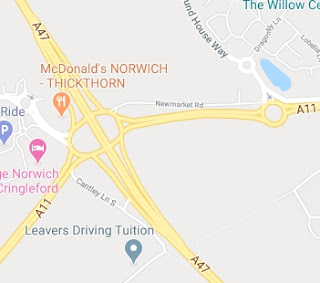 This is just off the first roundabout on the Newmarket Road, just after escaping from the A47 ... 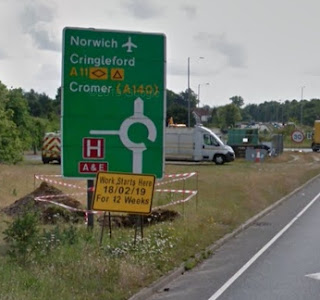 ... seen in the pic below under construction c/o Streetview. 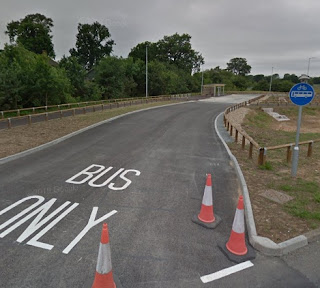 Here there are connections with buses which will take you the short run to the District Hospital. 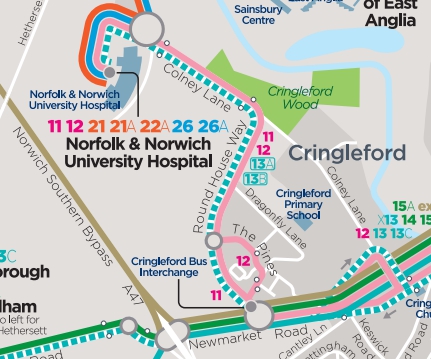 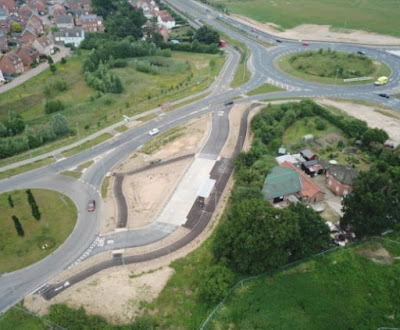 First will only have TWO fasts every hour Dereham to Norwich plus one normal Excel ...

... but the new journeys might well nibble at Konect's profits; and from 17th inst First will be deploying its swish new buses. 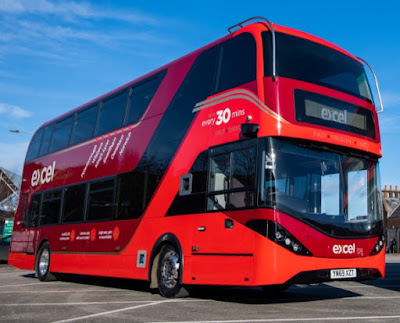 Will they "create desire"?

Creating Revulsion?
Whilst cancellations and delays on the rail network MIGHT be caused by late-running new deliveries or Notwork Rail's inability to "get improvements done", some things are down to plain bad management at operating company level. There is no one else to blame.

This picture of a seat "repair" on a Northern Pacer was taken and then tweeted a couple of weeks back. 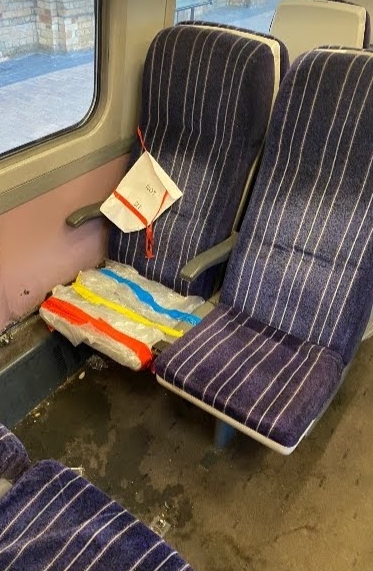 fbb thinks that the piece of paper not held on to the seat back is warning passengers not to sit there, as if anybody would!

Is Northern Trains in such a parlous financial or administrative decay that it cannot replace a Pacer seat overnight at the depot. The answer, probably, is that it is!

Passengers' glee at the re-nationalisation might dissipate quickly when they realise that nothing will change for many a long and depressing month (year?). From "take-over" it will still be the same trains, the same staff and the same lack of spare seats or folk to repair them. 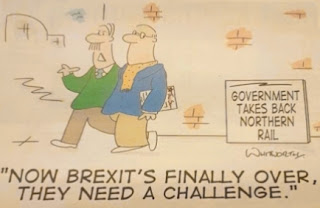 Creating Horrror?
Some time ago, fbb penned a short snippet bewailing the significant increase in the price of new models for his railway. One was a passenger coach for which the price tag was over £50.

That "highlight" has now been left well behind by Bachmann Branchline. Here is their, admittedly super detailed and gorgeous, "Birdcage" coach. 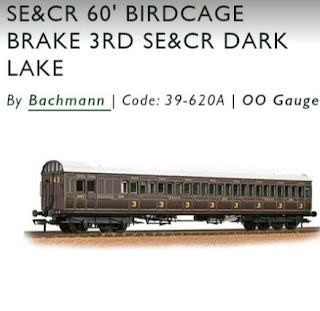 "Birdcage" refers to the guard's lookout which was above the roof, as on this example at the Bluebell Railway ... 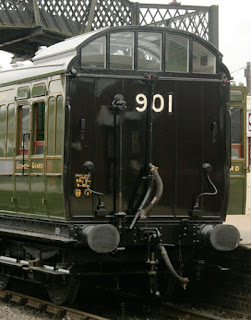 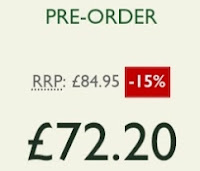 Rails of Sheffield is discounting to an AVERGAGE OUCH of £72.

Yesterday's "deal of the day" was for a locomotive (admittedly a very tiny one) at much less than the coach! 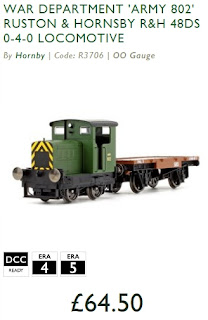 fbb is tempted (the shunter, not the coach!).

More  Excel  lence?
Just 48 hours after the launch of the new Excel vehicles, a further delight popped through the letterbox at fbb mansions. This was the souvenir brochure distributed to the Great and the Good as part of the launch. fbb will review this superb publication as part of tomorrow's blog.