Maybe this is why. 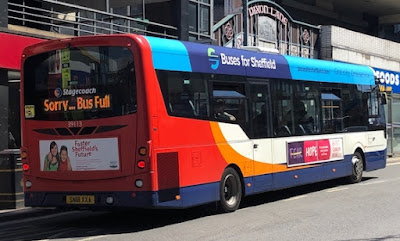 fbb received this picture from Roy in Sheffield of a bus actually showing the Bus Full sign - but no route number, so a waiting passenger cannot be sure that his/her chosen bus is full. Neither Roy nor fbb knows whether the bus was actually "full" under the social distancing "advice".

As fbb has mentioned before it is all a bit "chicken and egg". If things are to start unlockdowning, public transport will be needed; but it will be a minority sport until the locks are undone a bit more. It's all a big hunk of guesswork.

As usual James Freeman. First Bristol boss, is keen to explain it all to his staff.

After a few false starts we were given the go-ahead last night to start our ramp-up of services across the West of England from this week-end. The main effect will be felt Mondays to Fridays across the day from 0630 to 1930.

"Last night" was Wednesday night. Not much notice for a June 1st increase in frequency.

During this time we are bringing many of our routes back to 80% of their normal operation, with greatly enhanced frequencies (practically back to normal, in fact) especially in our cities and towns.

This means that our requirement for staff is considerably increased from next week, so people who were expecting to be furloughed next week for a further three-week session most likely won’t be (everyone concerned is being contacted individually).

Our engineers have already stepped up their operations with many people already returned off furlough.

For those of you who are on longer-term furlough, for social distancing reasons of one kind or another there is no change at this stage. We do expect a further increase in services from a few weeks’ time, probably at the start of July when we will be inviting anybody who wants to and is able to come off furlough to come back to work. I know that some of you are ready to get back behind the driving wheel! Anyway, for now, we welcome this next stage in increasing our operations and getting back closer to normal - with social distancing, of course!!

fbb thinks the "false starts" in bus company thinking boil down to the need to ensure that someone will pay the bill! That, of course is HMG, but ultimately will be you and me as we happily agree to let the chancellor have a bit more of our income/pension - maybe a lot more!

In Sheffield, for example, Stagecoach service 1 running north-south between Jordanthorpe and High Green was recently enhanced from every 30 minutes to every 15 over part of the route (Mondays to Fridays only) ... 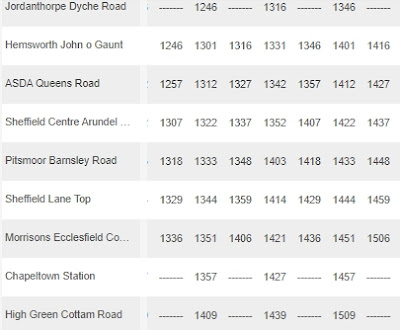 ... a relatively generous provision even with the 2 metre rule. On Saturdays the headway remained every half hour. 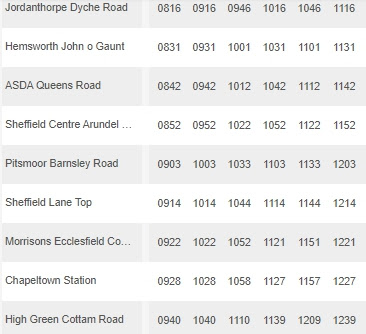 From 1st June the Monday to Friday service goes to every 15 minutes all the way ...

That is an awful lot of empty buses to pay for.

Happy chappie Shappie only announced the agreed funding at the press conference on Wednesday last; hence a huge outbreak of last minute-itis.

But it is happening - almost everywhere. 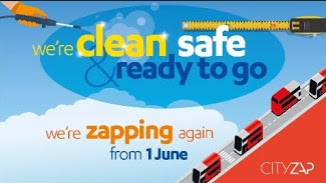 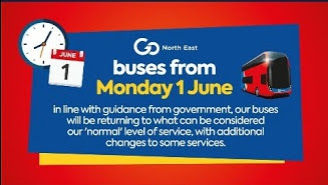 Generally speaking the norm seems to be something like the pre-virus Saturday service.

fbb has even had a message from Arriva!

At Arriva, our key focus continues to be the safety of our customers and employees during this uncertain time and we are proud to support all the key workers and customers needing to travel as lockdown eases.

We will be increasing our current service levels across England in the next few days to ensure that we can serve the rise in customers needing to travel, whilst also adhering to the latest government guidance to make sure social distancing is possible on our buses.

Please note: services in Cheshire, Wales and Southend will be revised at a later date so there are currently no changes. Please keep checking back on the link below to stay up to date.

We will continue to monitor our service levels in line with current demand and ongoing advice from the government and public health bodies.

The love letter from Arriva came with a very scary graphic that was so big it barely fitted on fbb's laptop screen. 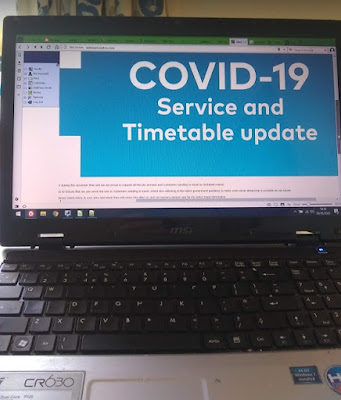 The text for the message, as quoted above, can just about be seen. It is below the tiny not at all scary screen display!

fbb rarely uses Arriva buses but supposes somehow they have found "Lynford" on some list somewhere.

Many thanks to those who have sent fbb uplift updates and links to web sites. He hopes to look at some of these in detail in dues course - that is when (and if) he gets the GoTimetable stuff finished in time.

12 hours yesterday (including refreshment brakes and the usual high number of PNBs)  - a little elongated by some annoying technical blips with the process.

No one has yet found any printed material for Monday's changes. 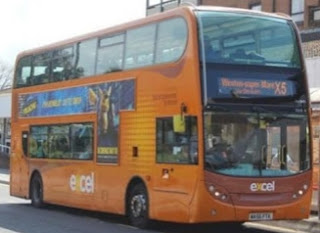 A while back, fbb reported that Stagecoach were abandoning their Severn Express route between Bristol and Newport ... 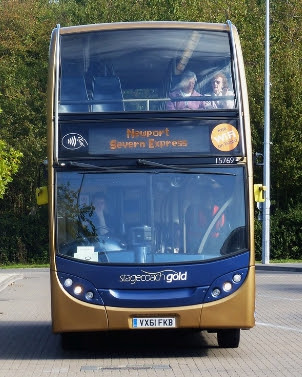 ... having enthusiastically taken it over from First who some time previously took it over totally instead of operating it jointly with Stagecoach.

What fbb had forgotten is the Stagecoach also absorbed First's Excel X5 from Weston-super-Mud to Cribbs Causeway.

Stagecoach has jacked that route in as well. 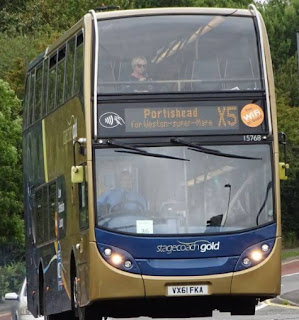 But the X5 will continue after Stagecoach's demise.

As explained by none other than James Freeman of, erm, First Bus.

As you will remember, Stagecoach took over the operation of the X5 service from us last autumn. They have now announced that they are ceasing to operate the service altogether from mid-June. We have decided to register a modest partial replacement—operating between Weston-s-Mare and Portishead, starting on 14th June.

So Excel is back on the X5! The replacement Service X5 will run every 2 hours.

This replacement allows North Somerset Council time to explore a more permanent solution in time for when passenger levels start to increase, as more workers begin to return in line with the recent changes to Government guidance. The section to Cribbs Causeway is not covered by this proposal. 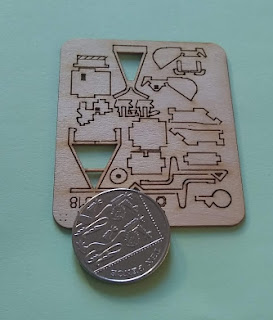 The 10p coin, added for scale, might help - or it might be a giant chocolate 10p covered in silver foil!

More Stuff tomorrow : Sunday 31st May
Posted by fatbusbloke at 02:00