Visitors to fbb mansions are often surprised to see a minimalist OO gauge model railway adjacent to the servants' entrance. More mature folk are sometimes exercised about the terrifying dangers of live electricity outside in all weathers.

The electricity is a modest 12000 millivolts and only gets plugged into the mains when (a) it is fine enough for fbb to venture "en plein air" and (b) when trains are actually running - hence not under adverse meteorological  conditions.

But those weather conditions do mean that the model, like the big railway, needs much maintenance after a grim winter.

The big railway has, in the past, saved space in its stations and goods yards by installing "three way" pointwork ... 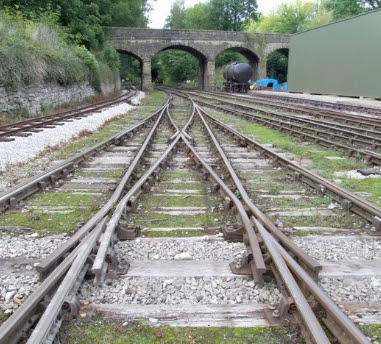 ... although such delicacies are become increasingly rare. But for the same space-saving reason they are popular with model railway builders - and that includes fbb.

But there is a problem with all OO gauge pointwork when used outside; dirt, snow and cat! Normal track can be cleaned quickly and easily, but those little metal tabs that ensure the electric gets from point blades (that move) to stock rails (that don't) become unreliable  under the onslaught of all the above problems. 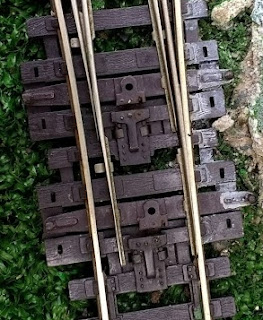 They are a pig to clean and bend easily then refuse to bend back and make contact. There are four of the little blighters on a three way point, so four chances of electrical failure.** Then there are the "over centre" springs that hold everything firm. They can fail as well.

That means that Toby and Thomas come to a shuddering halt and have to be rescued by "the Hand of God"!! 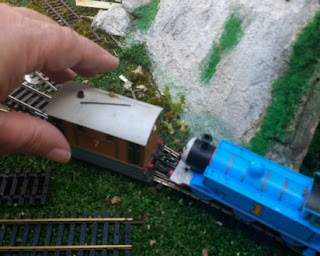 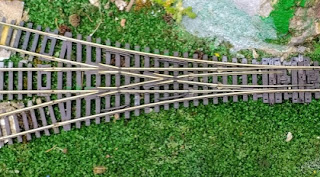 But it does all work now.

Until the next time.

P.S. Just looked on-line for a picture of the necessary replacement and found one (new) on offer at £25. WEEP! 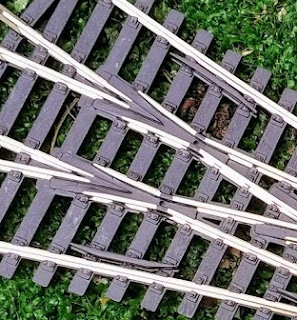 The "frog" is the "V" shaped buts of plastic where the two tracks diverge.

With this design power is fed to all rails and you add special switches and mysterious electronics to control which trains spring to life when you turn the knob on the controller. How would that lot survive under 9 inches of snow? 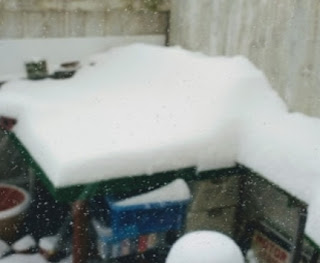 Luton & Dunstable from A to Z
Old news which has only just found its way into fbb's mental ambit. 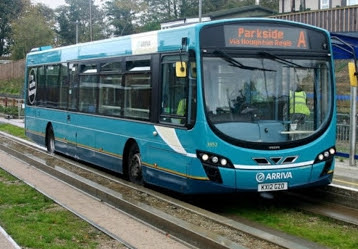 One of the first bus routes to use the Luton and Dunstable busway was Arriva's service A. It ran from the Airport via Luton Interchange to Dunstable and continued to Houghton Regis.

It terminates at Dunstable not Houghton Regis - or does it? If you are wondering about the Dunstable Church Street line of blanks; well, wonder no more because a couple of evening journeys go there. FROM Dunstable ALL buss call at Church Street. So they all go there but Arriva keeps it a secret? - or do they? 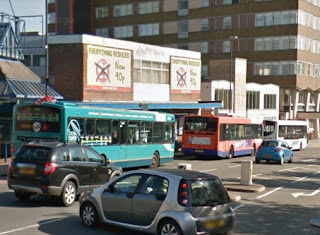 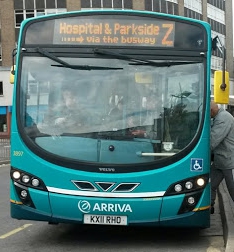 This goes half way along the busway then veers off to the Hospital and, eventually reaches Houghton Regis before terminating at Dunstable - or does it? 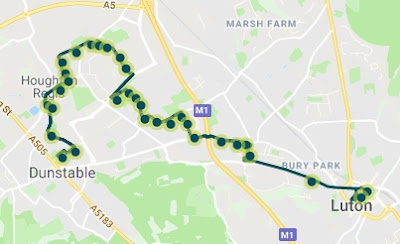 Looking at the timetable it would appear that Zs turn into As at Dunstable ASDA (and vice versa) thus retaining that faster run from Luton via the busway.

fbb does not think that the 01 arrival at ASDA sits there for 14 minus before becoming the 15 minutes past  back via Houghton Regis.

It is a lollipop shaped loop but secretly so.

In December last year, Centrebus started a similar "copy cat" service, but only every 30 minutes round the lollipop. Their map implies the "loopiness" of the service ... 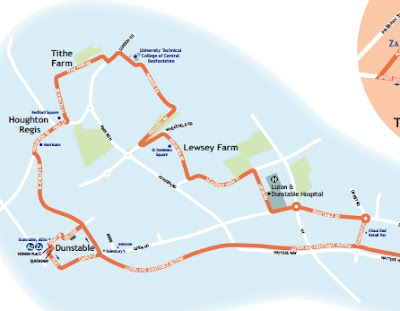 ... but the timetables are similarly unhelpful.

And they ALL go to Church Street, not just the last two. But the route numbers (letters!) DO imply loops ... 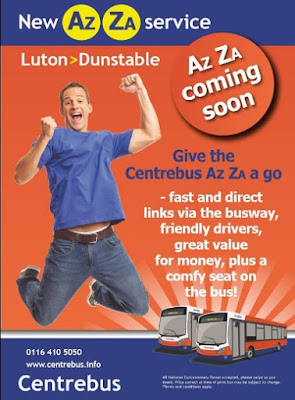 There you have it! As become zs; Zs become As - easy when you know ...

But why, oh why, do bus companies invent such useful services and then refuse to explain them properly?

For the record, Centrebus also operate route B and E via the busway 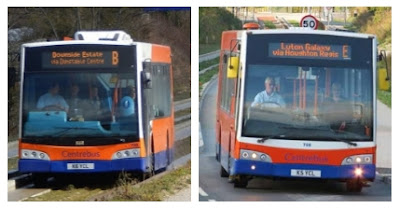 Stress Testing Result?
But not quite fbb's stress. In his self appointed role as the Fat Controller of the back yard layout, fbb usually perches on a stool. 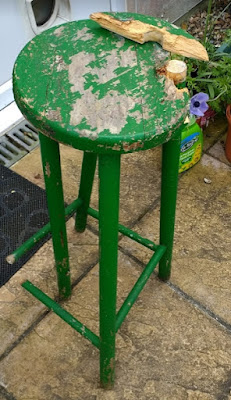 Sadly, and for no obvious reason, there was a major structural failure on Saturday. But, readers will be joyful to hear, no injury was sustained by your blogging old man who leaped smartly to his feet when the first sounds of rending timber emanated from beneath the ample posterior.

First's Fares Farce
Many of the fares were "revised" on Sunday 27th May. Nowadays you don't have fares tables; the ticket machines are updated remotely by wifi, blue tooth or fervent prayer.

Sadly, for Mr F's corporate piggy bank, this message was displayed on these wonder machines when drivers inserted the key as they started their day's duty. 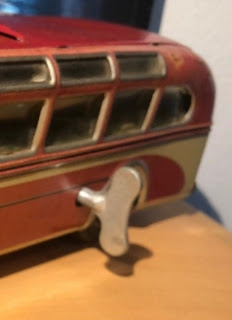 Please be aware that your fare prices will update and go live today if they haven't already done so.

Only they hadn't and they didn't - in some cases not until late afternoon.

What a delight it is to live in such a such a stunning technological world. 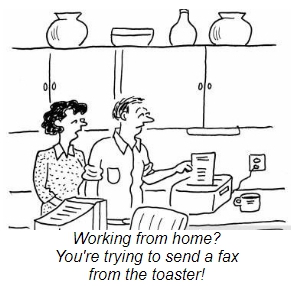 Next catch-up blog : Wednesday 30th May
Posted by fatbusbloke at 02:00