Falcon Feted.
This from the Stagecoach South West newsletter. 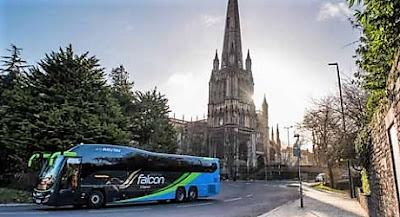 We are delighted to announce that the South West Falcon has been selected as a finalist in the UK Coach Awards for their 2018 competition. We have been placed in the ‘Top Express Operation’ category and are up against megabus.com, Service 900 and Citylink Air from Scottish Citylink Coaches and the Express City Connect from Stagecoach East Scotland.

Citylink 900 runs between Glasgow and Edinburgh ... 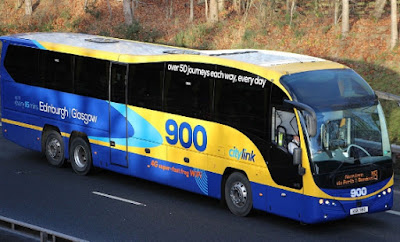 ... and Citylink Air between Glasgow and Edinburgh Airport. 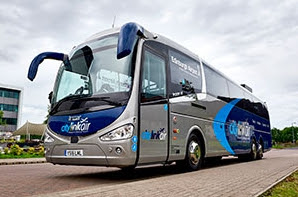 Express City Connect is the brand name now used for services from Glasgow and Edinburgh to Fife and on the Aberdeen. 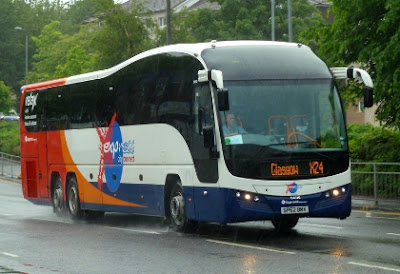 The first departure (0616 to Coventry) was wll loaded and well watched by well-wishers. 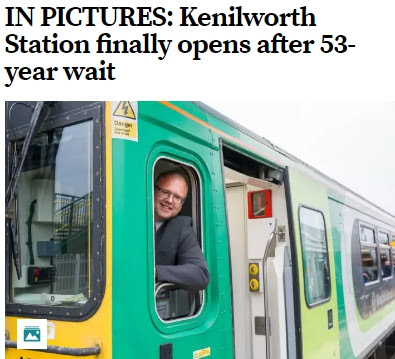 On Tuessday 1st May it was visited by Alan, our Northampton correspondent who forwarded a brief report to the fbb blogging room.

Kenilworth railway station has had a soft launch – on to a veritable two foot thick bed of  Andrex. This morning (Wednesday 2nd) Traveline still recommends a taxi when asked for trains from Coventry to Kenilworth.

But, by the time this blog was compose, it had appeared.

On Tuesday it was among the stations listed on the self service ticket machine at Northampton which then tells me no fares are available.

At Coventry there is no sign of Kenilworth on self service machines ... 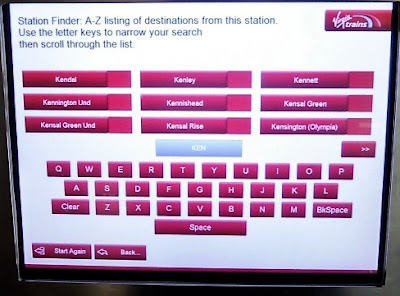 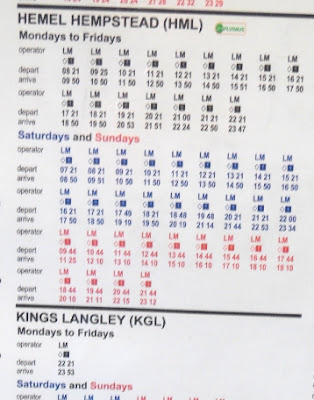 ... but a real booking office person sells a ticket for the 1136 train. 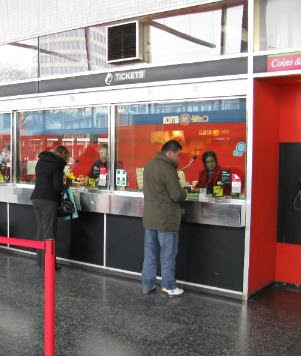 The platform at Kenilworth is on a higher level than the booking office – hence the fence. 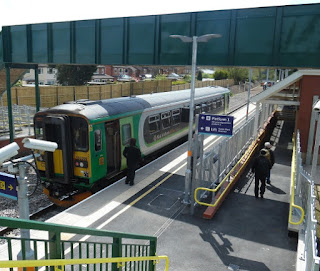 The bus stop outside is served only by peak time peak flow station link and rail replacement buses. 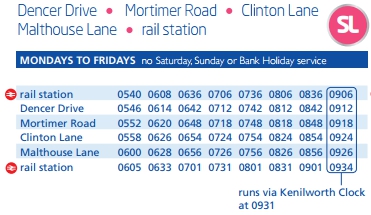 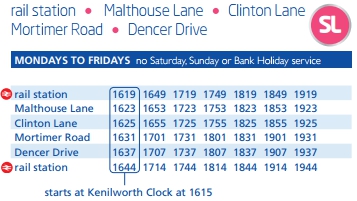 The accompanying map is also very helpful but only if you want Stagecoach Buses. 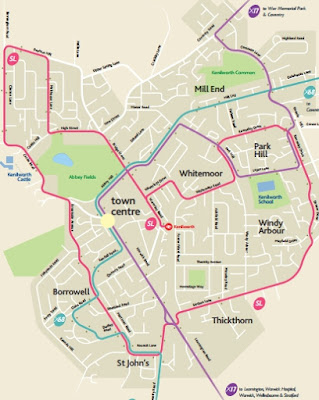 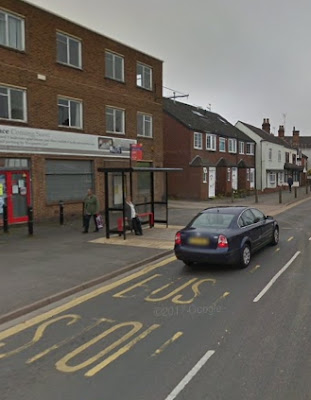 Not only does Kenilworth station also have a small caff but yesterday (Tuesday 1st May) it was the only place where paper pocket timetable leaflets could be found.

What is particularly pleasing is that the architects of the new station ... 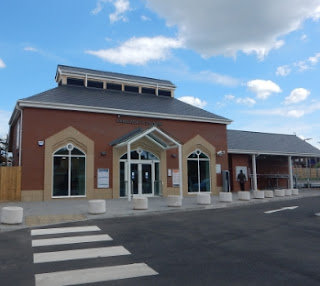 ... have tastefully echoed the design of its long-lost forerunner. 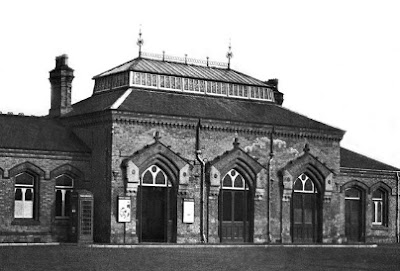 But don't expect to find it on Station road, you will be sorely disappointed. 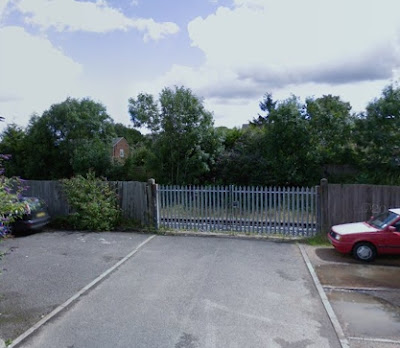 It is on a little spur of Priory Road opposite the Off-Licence and Chippy. 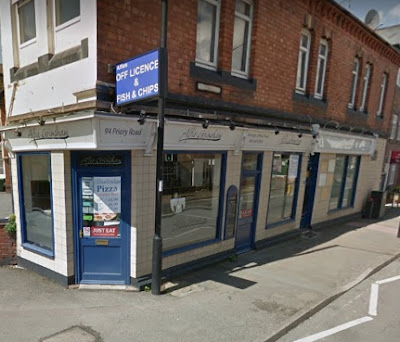 A chip shop in Kenilworth has been named as the best in the Midlands. 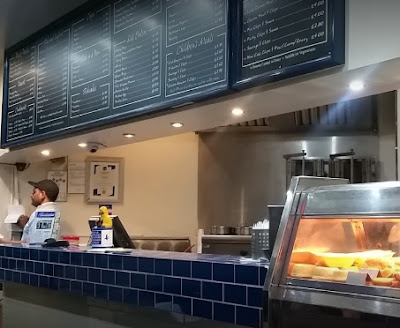 Alfie Grimshaw’s, on Priory Road, was set up in 2007 by David Blackburn, who left a job in IT to follow his dream of opening a traditonal Yorkshire-style fish and chip shop. 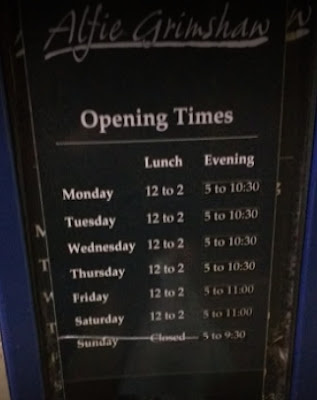 Another good reason for catching a train to Kenilworth? 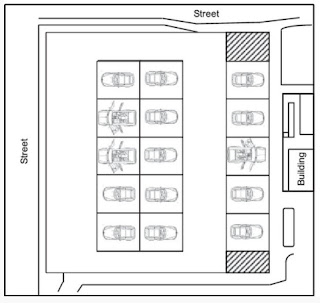 Research by the University of Toronto’s Department of Civil Engineering shows how that adoption of self-driving cars could significantly reduce the amount of urban space dedicated to parking. Cars drop off their passengers and park themselves. 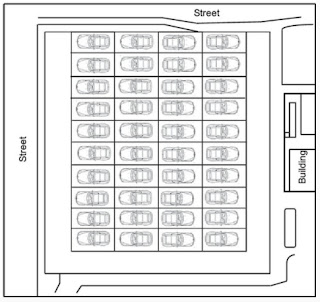 How do you get yours out if it's blocked in he middle somewhere?

Who remembers the Butterley Liftpark? 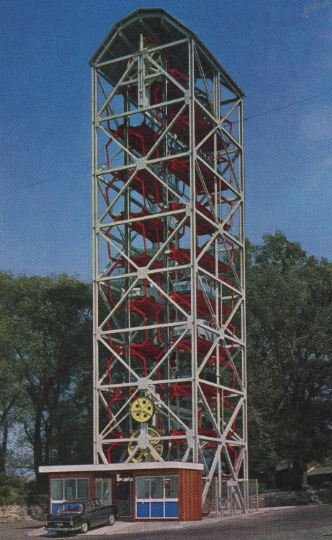 The project was not a commercial success probably (amongst several other reasons), because the idea was well before its time and its operation relied upon state of the art 1960’s electronics, rotary limit switches and photo electric cells.  Several were however sold, the two nearest being in Nottingham near Canning Circus.

The original stood here on the old A61 at, surprisingly, Butterley! 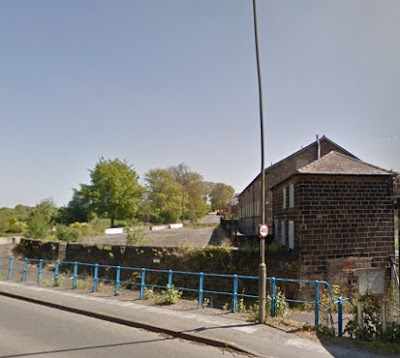 Tomorrow, we return to Sheffield to try to resolve an aggravating little publicity problem.

Next T M Travel blog : Monday 7th May
Posted by fatbusbloke at 02:00