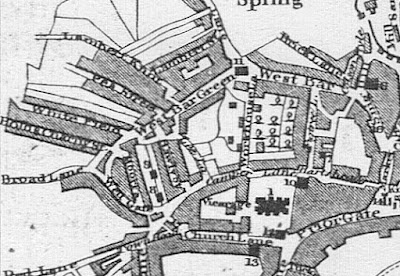 Sheffield experts will spot Church Lane, later Church Street and No 1, then Trinity Church eventually (post WW2) to become the site of Sheffield Cathedral. Immediately "above" the ancient church is Camp Lane one of central Sheffield's oldest and largely unchanged thoroughfare. Unchanged in shape and direction, maybe but very much changed in aspect. 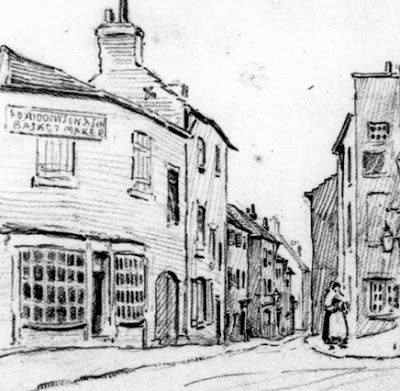 This sketch shows a near-Dickensian view of Campo Lane from the top of Townhead Street, still called Well Gate on the 1736 maps.

1900s - Big Improvements?
The area on the left and behind the sketchers shoulders was modernised with blocks of brick built flats. 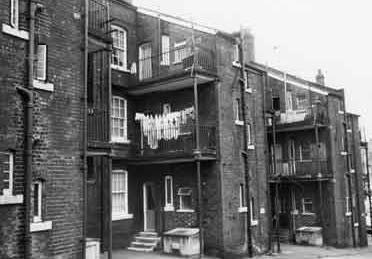 ... but the area was residential and pure-bread Sheffielders lived tough but stolid lives working in the cutlery shops of the so-called "little mesters". 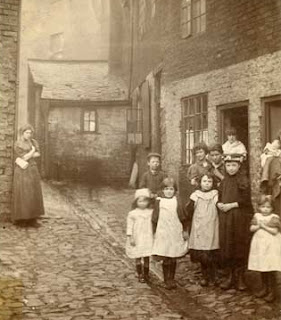 There are a few still working today, self employed cutlery manufacturers renting a "shop" and hand crafting knives. 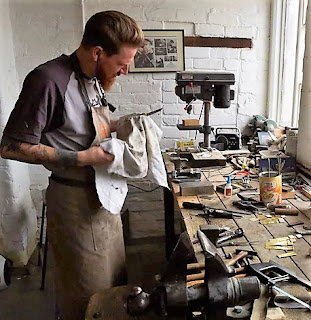 Cutler Michael May, who makes pocket knives from his workshop in the city, is helping to lead a 21st-century revival of the craft. Thousands of ‘little mesters’ once made small tools and cutlery across Sheffield but the skills have almost disappeared in recent years. 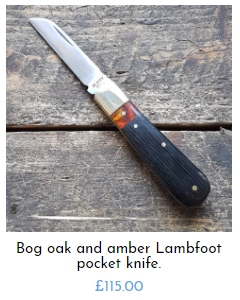 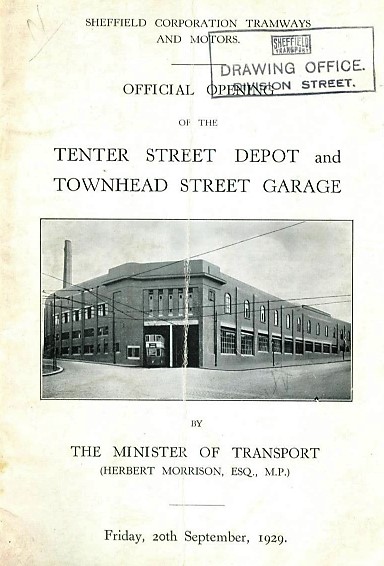 On Steeply sloping land between Campo Lane and Tenter Street, Sheffield Transport Department built a double deck garage for buses and trams. It involved demolishing decaying industrial premises and some dilapidated housing, Here is a view down Lee Croft with the chimney of the depot as a clear landmark. 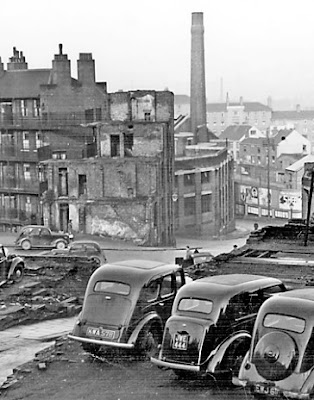 The bottom deck, as indicated by the entrance on the brochure's cover picture, was for trams, then still an expanding network for the city. 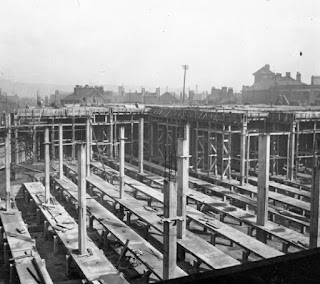 Above it, and supported by a forest of massive girders, was the upper deck bus garage. 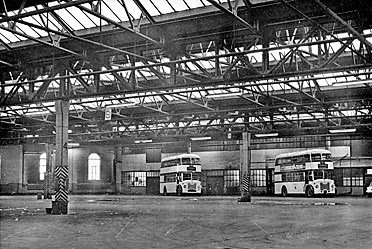 With the demise of the trams, the lower deck was also used for buses, but heavy protectction was needed least an errant driver were to have a faulty aim as his vehicle was parked. 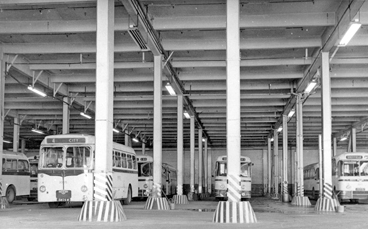 Of course, trams could go in forwards and, as two ended vehicles, were ready to come out again in the opposite direction.

Meanwhile back on Campo Lane, buses were arriving and departing. There was a policy of keeping these new-fangled diesel monstrosities as far away from the lovely trans as possible, so when public and commercial pressure forced the departments to extend bus services from connecting with the trams in the suburbs through to the city, services terminated right on the fringes of the centre.

Buses from the Hillsborough direction crept via Tenter Street, then either Townhead Street or Hawley Street ... 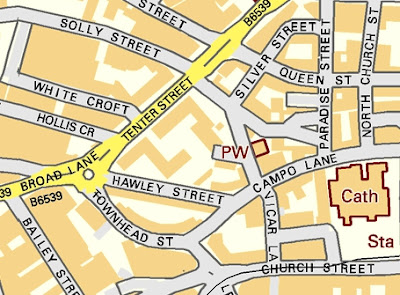 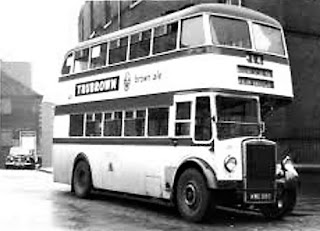 Buses departed in the Hillsborough direction via the steep and narrow Lee Croft (see "PW" on the modern map above) The PW is the Central Elim Pentecostal Church, joining most of the modern buildings in the area.

Many of the old flats have been replaced with new flats, but maintaining something of the style of their predecessors. 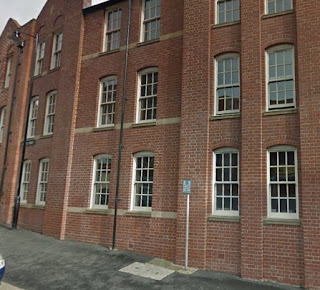 The buses have long since gone, either to the Interchange or to be incorporated into mega cross-city routes. And the double deck bus garage? 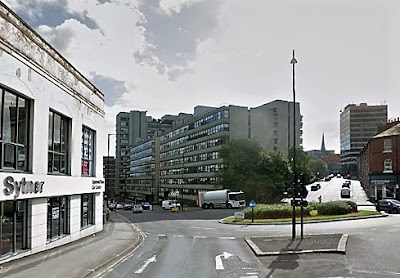 It became mega offices of the mega Midland Bank, now HSBC. Above is a view of where the bus garage entrance use to be and below ... 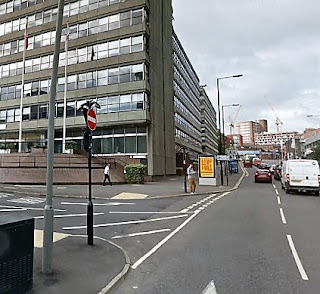 ... a view from Tenter Street of the site of the lower deck tram entrance.

On and around this little "D" of ancient roads is something of the on-going history of public transport in the city. Just at the top of Townhead Street, of course, is the "Supertram" ... 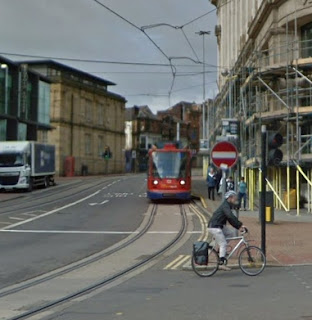 ... and from the stop at the nearby Cathedral we may, one fine day in the future, be able to catch the pathetic and much delayed tram-train to Parkgate. 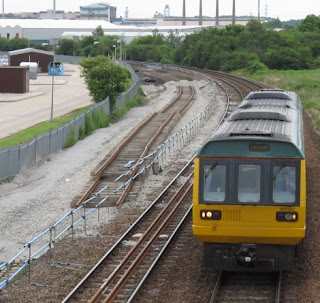 It's about time blog : Tuesday 15th May
Posted by fatbusbloke at 02:00