All Steamed Up at Whitby!

A recent visit to Whitby introduced your intrepid investigator to the famous Whitby Steam Bus. Giving short tours round the town for a modest fee (considering it needs 3 staff; driver, fireman and conductor /commentator) is a real, no - a surreal experience.

This claims to be the only road passenger carrying steam vehicle IN THE WORLD.   The vehicle, named Elizabeth, began life as a steam lorry in London and it found its way into the hands of "Vern" ... 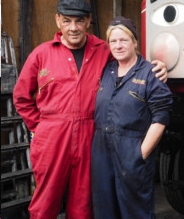 ... who, together with Mrs Vern and Vern junior, built a 30 seat bus body on it and now run a steam bus tours business. 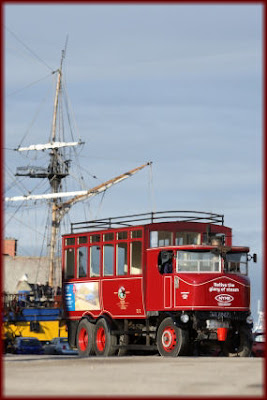 The 15 min tour shows the power of the bus - which Mrs Vern claims will do 50 mph. It certainly climbed up to the Captain Cook Monument faster than most modern vehicles could manage.   The highlight was a demonstration by Vern - safely in his cab - that this was a REAL steam engine - as he showed the passengers sheets of flame from the boiler. 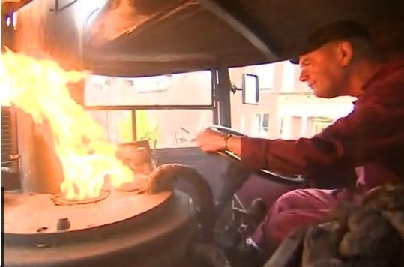 Ride the fiery female that is Vern's Elizabeth.

P.S. the bus also carries a fourth member of staff - Vern's dog who, on our trip, slept in bored tranquility as the engine clanked and hissed around him - or her.

P.P.S.  Much more about Elizabeth etc. on-line via "whitbysteambus" in search engines!
Posted by fatbusbloke at 19:12