The One Part Two

V is for Vashti
V is for Victory

Queen Vashti is the first wife of King Ahasuerus in the Bible Book of Esther, a book included in the Tanakh (Hebrew Bible) and read on the Jewish holiday of Purim. She is banished for her refusal to appear at the king's banquet, and Esther is chosen to succeed her as queen. She provides the only "V" in the Bible, essential for alphabetical Bible quizzes. 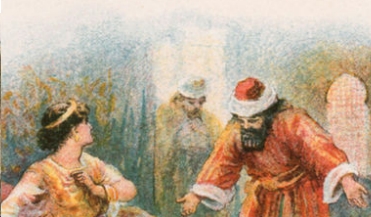 And when fbb was in his boyhood Crusader Bible Class this was a favourite chorus.

So the Christian faith is about winning a Victory. But over what? And why does Christmas help with the fight? What difference should Christmas really make?

... successors to the Glasgow General Omnibus Company, operated in two almost separate areas. In Lanarkshire, routes were centred on Hamilton and Motherwell but there was an outpost operating via Clydebank to, amongst other places, Dumbarton, Balloch and Helensburgh. 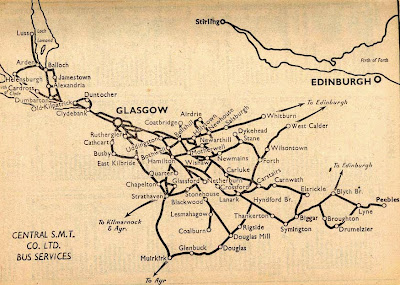 Until 1971, buses ran from Waterloo Street bus station, then transferred to Anderston and eventually to Buchanan. 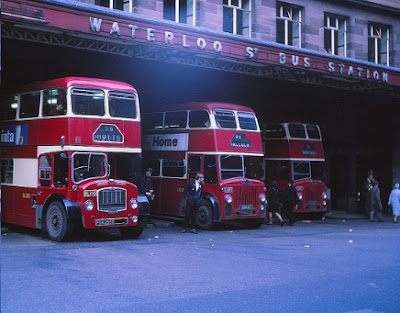 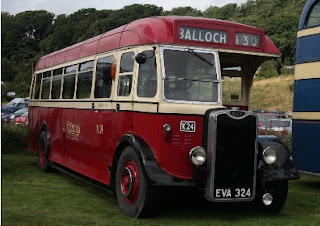 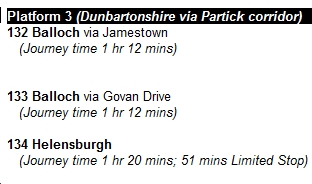 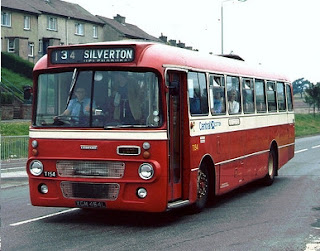 Privatisation was difficult for Scottish Bus Group [SBG] companies, especially in the Glasgow area. The former Corporation company expanded rapidly and successfully into former SBG territory whilst attempts by SBG to compete within the city were less than successful. A regrouping begat "Kelvin Central" and a new set of route numbers on the Dumbarton corridor ... 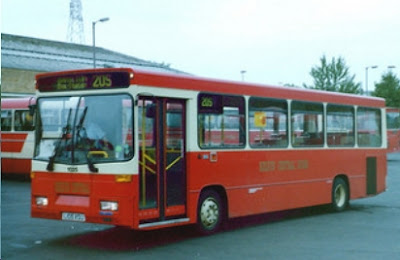 ... and, to cut a long story very short, the whole shebang came under the ownership of First Bus.

Until December 2012 this was the resulting network in the Dumbarton area. 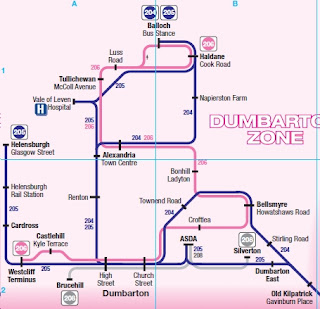 It is this network that has become "The One". In general terms, the network has not changed but through services to Glasgow have been renumbered 1, 1A and 1B.


Next Bus Blog : Sunday 23rd December
Posted by fatbusbloke at 02:00