But first, from our Northampton correspondent.
Dateline Thursday 27th December
Birmingham International
Having enjoyed the pre-Christmas privilege of floods, cancelled trains, substitute buses (if you were lucky) etc., this was the scene at "International" on Thursday last. 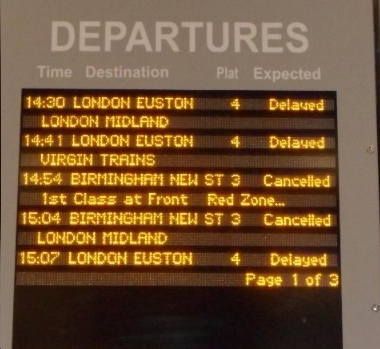 There was a "signalling problem", i.e. none of them were working. 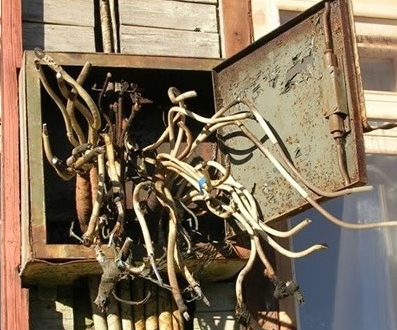 Anyone got some fuse wire?

Finsbury was a borough, a division, and a sub-district, in Middlesex. The borough lay between Tower Hamlets and Marylebone and took its name, which signifies "fen-town", from a marshy common, now partly occupied by Finsbury Square ... 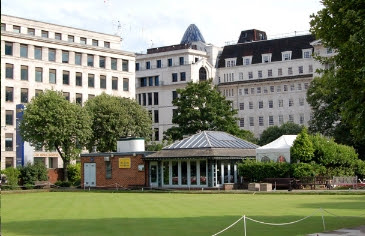 It was constituted a borough by the act of 1832. The marshy common was the burial-place of many victims of the great plague; was made traversable by causeways to Hoxton and Islington in 1415; and was first drained in 1527.

The Borough of Finsbury was a Metropolitan borough within the County of London from 1900 to 1965. In 1861 the population was 129,031 but 100 years later it had delcined to 32,887 as former private houses gave way to offices and business premises. 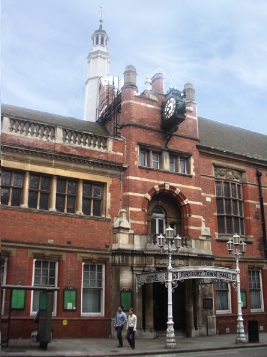 So in 1965 it was amalgamated with the Metropolitan Borough of Islington.

During the early part of the second quarter of the 19th century, following developments in Paris, Londoners began to demand the creation of open spaces as an antidote to the ever-increasing urbanisation in the city. In 1841 the people of Finsbury petitioned for a park to alleviate conditions of the poor. Despite some considerable local opposition, the park was formally opened on Saturday 7 August 1869. 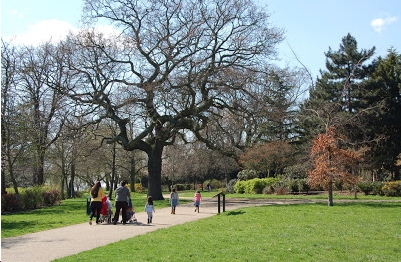 The main line railway station at Seven Sisters Road was renamed Finsbury Park in November of that year.

There was huge demand for rail travel from the northern suburbs, including Finsbury Park, to the City's financial districts and most of this travelled via the Metropolitan Railway's widened lines accessed at Kings Cross (and St Pancras). Initially a link line (shown in orange) was built from Finsbury Park to join the midland's line into Broad Street, next door to Liverpool Street Station. 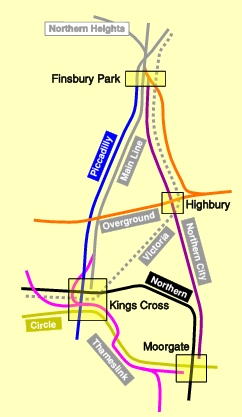 Relationships with the Midland Railway were not very good and not many trains ran to Broad Street, certainly not enough to relieve pressure on the "Widened Lines". The line is still open and used for freight.

Two further proposals to help alleviate the Kings Cross bottleneck were under discussion at the turn of the century. One was what became the Piccadilly line running via Kings Cross and on to Hammersmith. The other was the Great Northern and City Line. Both these schemes had the support of various "Main Line" directors and neither scheme turned out quite as expected. In Particular the plan to link the Northern City with the man line and provide through trains from the suburbs to Moorgate simply did not happen. The line remained an isolated shuttle until 1975!

Drayton Park station is in a shallow cutting and here the depot was built as seen in this picture looking south. 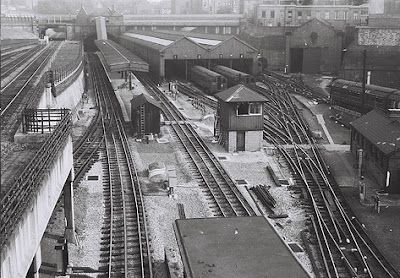 On the left are the lines linking to the North London (now Overground) but then taking trains to Broad Street. The Northern City tunnels were bored using the "Greathead Shield" method and, uniquely, are the only full size tunnels (as opposed to "cut and cover") on the London underground network. 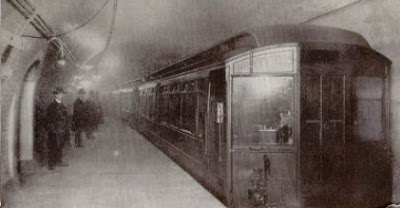 Equally non-standard was the electrical system, using two conductor rails and two "running" rails, both outside the running rails as shown here. Today London Underground used four rails, but the second electrical rail is in the middle of the running rails. 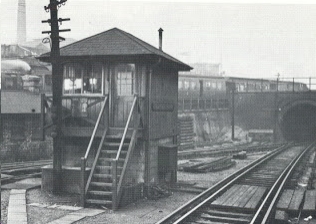 This little line also had the distinction of being the first true underground line to use a form of treadle controlled signalling and its associated safety system.

In 1913, still in financial difficulties, the original company sold the line to the Metropolitan Railway who immediately standardised the operation. The "branch", still unlinked to any other passenger line, eventually became part of the Northern Line. When fbb visited in the swinging 60s he was surprised (and disappointed) to discover that, despite the full size tunnels, only diminutive tube line stock was used. 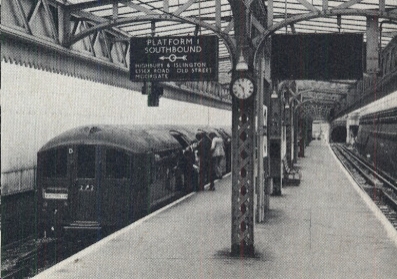 These "little trains" looked very much out of place set against the full-size tunnels and, here at Drayton Patk, under main line station canopies.

But this unprepossessing little line still has more adventures to add to the pages of its history. The first "adventure" began in the early 1930s. 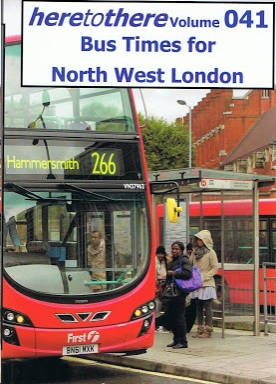 Apologies for the delay but additional scanning technology is needed.


Next Rail Blog : Monday 31st December
Posted by fatbusbloke at 02:00