Angels appear in two forms in the Bible. In "end of the world" writing, as in the Book of Ezekiel, they are given a very weird image:-

But usually they are simply portrayed as "messengers from God"; and they don't have wings but are sometimes described as "shining". They are never given female characteristics; 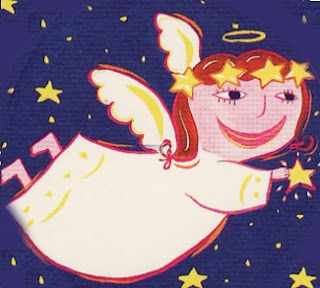 and all angel names are male. Often they are described as (almost) human in every way. They are never little chubby babies with tiny wings and never do they wear little rings of silver tinsel on their heads. 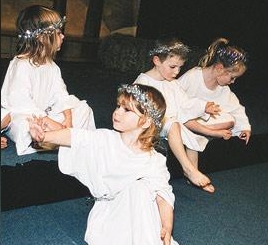 Mind you, real Biblical shepherds never wore red-check tea towels on their heads either! And Mary couldn't possibly have afforded a blue frock.

So what is really happening?

Great power does funny things to you and me. Poke your fingers into a live light bulb socket and you will feel very odd indeed. The power will make you tingle all over and you might see flashing lights. You might also die, so don't try it for real!

So what might it feel like to experience just a tiny bit of the presence of an all-powerful God? Scary? Bright lights? A shaking and tingling all round? Etherial sounds, like voices but not like voices? Plenty of sane people have had such frightening experiences, even nowadays. 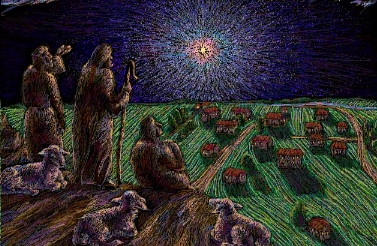 An angel of the Lord appeared to the shepherds, and the glory of the Lord shone over them. They were terribly afraid. Suddenly a great army of heaven's angels appeared with the angel, singing praises to God.

We can only guess what terrifying experience caused these tough workers on very much less than the minimum wage to abandon their jobs and go to look for a baby in a cattle-shed. It could only have been utterly life-changing. 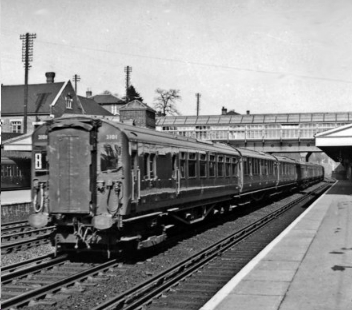 This blog is about my holiday to the Isle of Wight in August 1962. The ability of the transport system to cope with huge holiday crowds was amazing, so mum and dad suggested I write a blog about it. We were having a fortnight at Mrs Miggins in Shanklin and as we travelled from Waterloo we were hoping for some fine weather.

[fbb comment : The end gangways also led, indirectly, to another name. Southern electric trains were fitted with a panel on which letters or numbers could be displayed to indicate the train’s route. On the Portsmouth Line the headcode indicator was placed where the offside front window would otherwise have been, as it was inconvenient to position it on the gangway door. This left only one forward window, that for the driver, on the nearside. The resulting ‘one-eyed’ appearance and association with Portsmouth and the Navy, inspired the unofficial epithet ‘Nelsons’.]

It was an electric train and it was very busy, but, never mind, we had reserved seats. It would have been nice to have lunch in the Restaurant Car, but mum said we couldn't afford it and a holiday as well. So we had to make do with mum's cheese sandwiches and Smiths crisps. Dad went to the buffet and brought back a sherry for mum, a lemonade for me and a beer for himself. He said it was so expensive that we might have to go home after the first week. I hope he was joking.

When we got to Portsmouth, Dad told us not to get off at Portsmouth and Southsea station but to wait until the last stop at Portsmouth Harbour. Then we waited in a cue a que a cew a queue to get off the platform ... 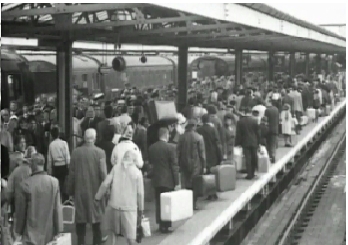 ... and on to the roof of the ferry building. 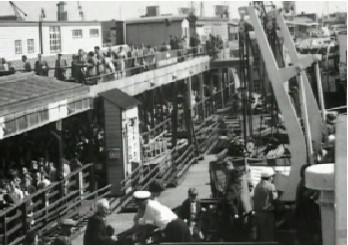 Dad told me that people were waiting to get tickets and lining up all along the bridge leading across the sea to the station. 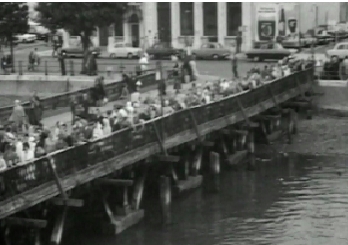 [fbb comment : Local kids and even some adults would splosh about in the mud here at low tide encouraging people in the queue to throw pennies for them to collect. As they said at the time, "we very very poor, but we were happy." The piece of sea/mud on the right of the "bridge" is now the bus station; way back then, buses stopped n the main road on the left of the above picture and showed "Dockyard" on their blinds.] 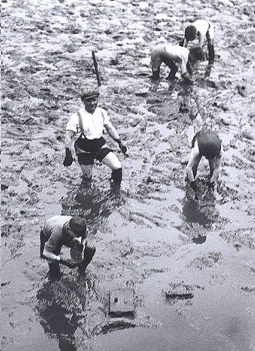 We saw one ferry come in and load up with thousands of people, but there wasn't enough room for all of us ... 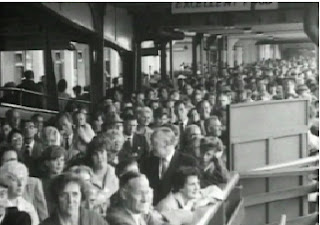 ... so we had to wait for the next one. Mum was a bit scared of the big boats but I was very excited. The next one was a paddle steamer ... 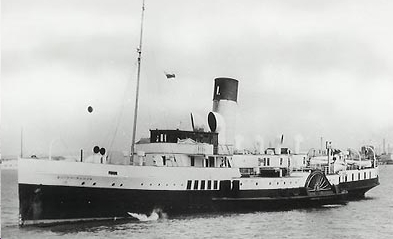 ... which looked very old compared with the one we missed. [PS Whippingham 1930-1962 : fbb]. We stopped at the next pier [Clarence Pier, mainly used by those arriving by coach - fbb] and saw another huge queue. 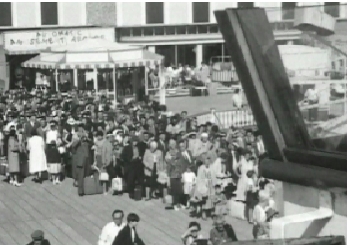 But soon we were off again and it was just like going abroad. We sat on the cases as all the seats were full. And very soon we saw the Isle of Wight. It was a lot bigger that I thought it was going to be; more like another small country.

Dad said we would be going to ride to ride. He and mum laughed but I didn't get the joke; well, not at first anyway. I wanted to go up to the pointed end of the ship which is called the bough, but mum said that was First Class and not for common people like us! 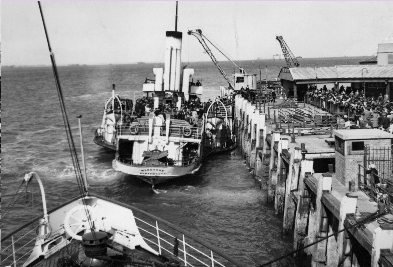 And so we arrived after our ride to Ryde (I got it in the end!) and joined to queue to get off the ship. There were so many people that it started leaning over. I will write about the rest tomorrow.

"Noggy Blogger" is a back reference to the childhood of fbb where a nick-name for Northampton (his birth town) was "Noggy". Of course, real blogging would have been difficult. And in Summer 1962, fbb would have been 17, not the 12 years or so implied above.


Next Bus Blog : Sunday 9th December
Posted by fatbusbloke at 02:00