Do "branding" and "rebranding" really make a difference?

L is for Luke
Nowhere in the Bible is there any instruction or advice that suggests we should celebrate Christmas. Jesus himself only ever proposed one simple celebration which developed into the modern Communion service; "Do this," he said, "in remembrance of me." Only two of the four Gospel writers record Jesus' birth and each adopts a specific "slant" dependent upon their audience. 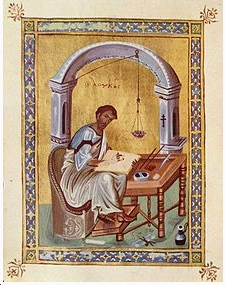 Luke was a doctor who, from time to time, accompanied Paul on his "missionary journeys". His accounts of these events appear in his second book which we call "Acts". He was writing specifically for a Roman official called Theophilus. 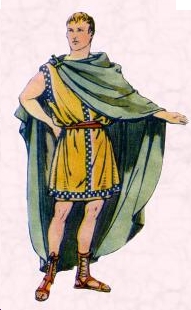 Theo wanted to know all about this revolutionary new revolutionary, Jesus. So Doctor Luke sets about to do the necessary research:-

Dear Theophilus:
Many people have done their best to write a report of the things that have taken place among us. They wrote what we have been told by those who saw these things from the beginning and who proclaimed the message. And so, Your Excellency, because I have carefully studied all these matters from their beginning, I thought it would be good to write an orderly account for you. I do this so that you will know the full truth about everything which you have been taught.

Historical accuracy is measured by how close to the actual events the words were written. In the case of the good Doc, he penned his well-researched account about 40 years after Jesus died. His work is therefore heaps more accurate and reliable than almost any other piece of history from that time.

We can trust Luke! Because he was a "people person" and writing for Theophilus, a non-Jew and by culture a worshipper of many Roman Gods, we can easily understand the simple but profound message of Christmas.

It's a story that, in its fulfillment, is still changing lives today. And it is something that calls for real celebration; and something more than just "tinsel and turkey."

One of the most notable benefits of the formation of the National Bus Company (NBC) in 1968 was the emergence of a unified countrywide network of interurban book-ahead coach services.

In 1972 the state-owned the NBC decided to bring together the scheduled coach services operated by its' bus operating companies under one brand. Initially branded as "National" ... 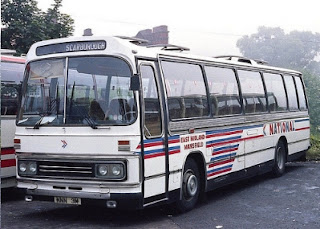 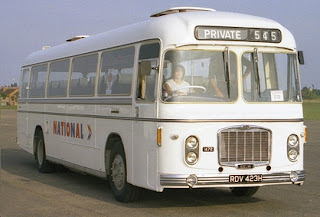 ... and the loss of local names as well as local livery was regretted by many.

The National Express brand was first used in 1974. The National Express network was largely a branding exercise, with services continuing to be operated by the individual companies. "Rapide" was a brand used for higher quality services initially operating with "couriers". 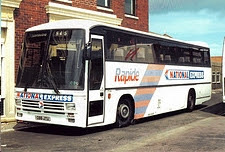 With the privatisation of the National Bus Company in the 1980s, National Express was subject to a management buyout in March 1988. A new management team took over the company in July 1991, with the backing of development and venture capital investors and in December 1992 National Express Group plc was floated on the London Stock Exchange.

The brand has gone through a series of "refreshments", but the all-over white with read and blue adornments has remained the stansard overall style.

Blobs and arrow appeared as standard for a few years ... 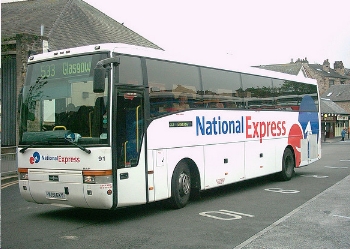 ... but a decision to give bus, coach and rail operations a single livery style resulted in the rather strange "knitting needle" pattern that is the current standard.

But if you thought that the National Express livery was boring, just take a look at these variations. For Scotland ... 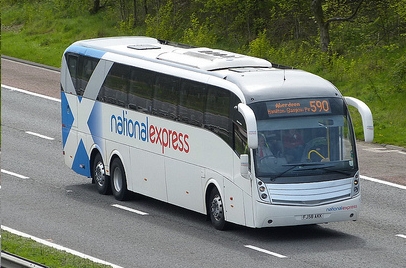 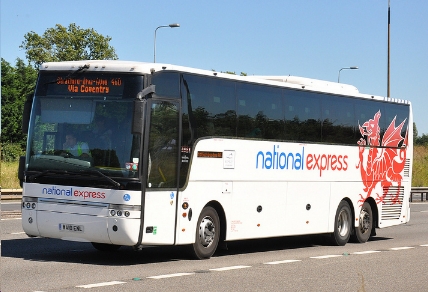 ... and for Ireland special promotions. 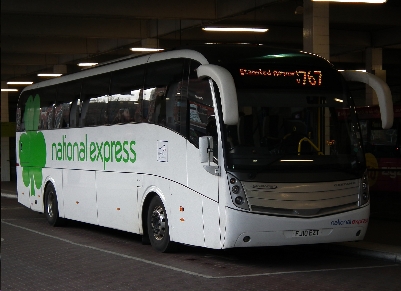 Other special liveries have appeared, plus rear end marketing of various kinds; commercial and charitable. 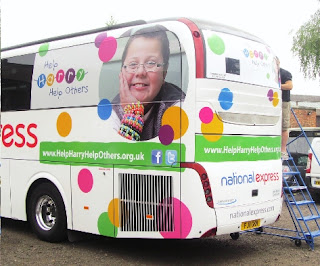 One notable failure was the re-branding of the company website as www.GoByCoach.com ... 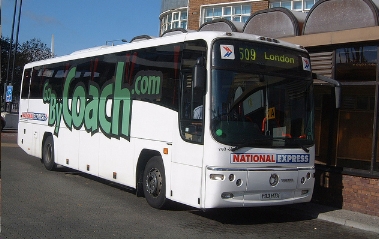 fbb's favourite (not) was for some football competition which, as seems inevitable, England did not win. 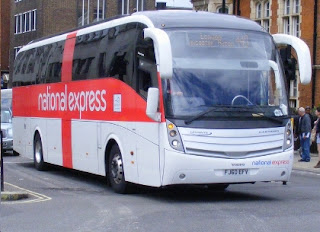 Maybe one day the glory will return? 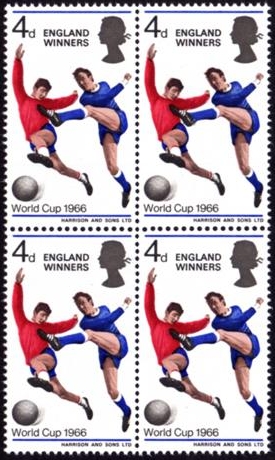 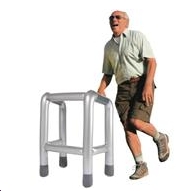 That shows such superb seasonal consideration and respect for those less able than ourselves. Chortle chortle? No way. 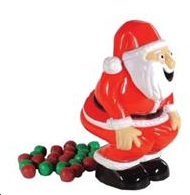 Yes it is! A pooing Santa.

What a truly meaningful way to celebrate the birth of the Saviour of the World. It's bad enough selling this muck, but what an appalling example to set to our children, thousands of whom will be exposed to this mailing.