And so back home.

K is for Kings
And there were two of them in the Christmas story!

So King Herod called the visitors from the East to a secret meeting and found out from them the exact time the star had appeared. Then he sent them to Bethlehem with these instructions: “Go and make a careful search for the child; and when you find him, let me know, so that I too may go and worship this new King of the Jews.”

And the there were even more Herods, which is why we all get confused.

Herod the Great : He eventually was announced as King of the Jews by the Roman Senate. He ruled the kingdom of Israel, as a vassal king, for 34 years, crushing the opposition on he one hand, but also initiating huge building projects, including the Caesarea harbour, the Temple Mount, the Masada and the Herodium, among other things. He died in 4BC when his kingdom was split into four chunks, one for each son. 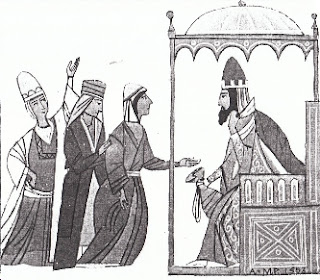 Herod Archelaus, son of Herod and Malthace the Samaritan, was given the main part of the kingdom: Judea proper, Edom and Samaria. He ruled for ten years until 6AD, when he was banished to Gaul (France). He was (possibly) the king of the Christmas Story who slaughtered the children of Bethlehem to rid himself of Jesus. No-one is really sure as they all called themselves "Herod" to confuse future historians.

Herod Philip, son of Herod and his fifth wife, was given jurisdiction over the northeast part of his father's kingdom where he "reigned" in obscurity. 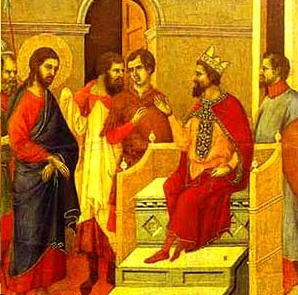 Herod Antipas, another son of Herod and Malthace, was made ruler of the Galilee and Perea; he ruled there until he was exiled to Spain by Emperor Caligula. He is the Herod who had John the Baptist's head removed, and the Herod of Jesus' crucifixion.

Which King really changed the world and still makes a huge difference to people's lives today?

Back to National Express and fbb's trip to the Royal Albert Hall to watch tennis. 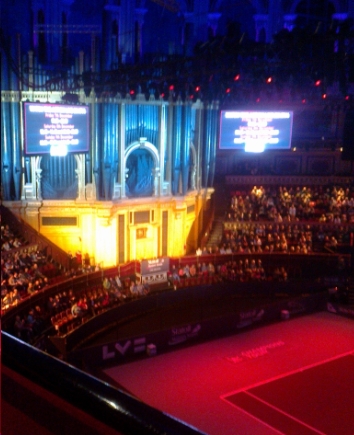 How do you squeeze a full size tennis court into this famous building? And why was fbb and party, with seats on the topmost shelf, so much closer to the action than they expected? Answer, they built a whole new floor about 15 feet above the real one; and here's a video of them doing it. [if your broadband is as narrow as fbb's, it might take a while to get going]
The tennis was super smashing and spiffing with the highlight being an exhibition doubles match involving Mansour Bahrami ... 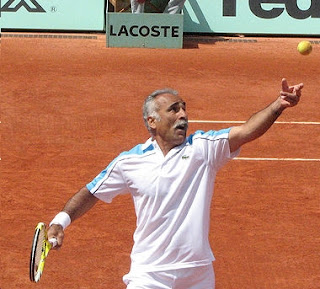 ... whose ball and racquet skills are simply legendary. Hugely entertaining and very, very funny indeed. Here he is with six balls in his hand; thus encumbered he is able to serve and win points. 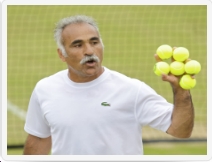 fbb and Mrs fbb were accompanied by their chum Julia and she was thrilled to catch a souvenir ball batted into the audience by Henri LeConte and adorned with a sqiggle that might be Henri's autograph. 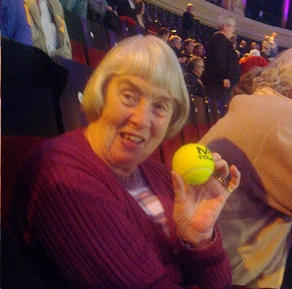 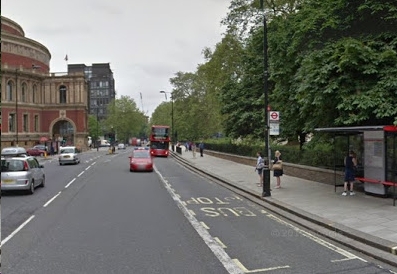 ... but London buses seem to expand to offer an infinite passenger volume and we were soon spirited on our way. Traffic through Knightsbridge ... 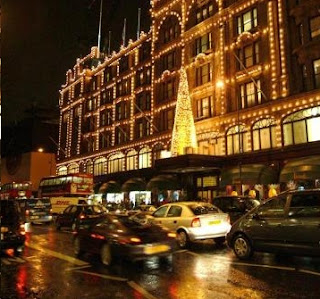 ... was horrific. How do you run an efficient on-time bus service in such conditions? It took the gang nearly an hour to get to Victoria coach station where the departure boards were already announcing that the 1830 departure for Portsmouth would be 15 minutes late. But just after 1800 the vehicle was already on the stand, so why the predicted delay! 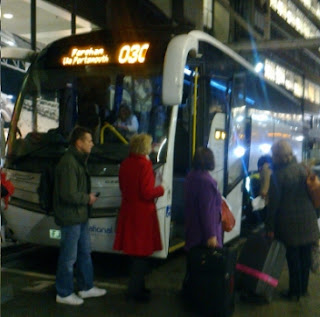 At 1830 the driver (younger than the lad who earlier brought us to London, about 12) arrived and started to check tickets and load luggage. There was a heated argument with a passenger who wanted to bring his bag onto the coach but the request was refused. The explanation was that it was "against the rules" and the coach would be full with 44 booked passengers. Departure was thus 25 minutes late with 35 passengers!

We dropped two passengers at Guildford, in fact the two who had boarded on the outward trip and we were also scheduled to run via Hindhead where we also dropped two at the lavish Portsmouth Road facilites as snapped hurriedly by fbb through the open door of the coach. 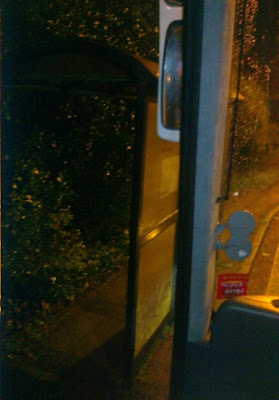 It shows an unlit shelter with not even a bench seat for any harassed hopeful Hindhead customers.

The arrival back in Portsmouth was 35 minutes late. Deep joy! At least this vehicle was warm. On this particular schedule the gang did not miss their ferry connection back to the Island, but imagine the thrill and happiness if they had done. Boats only run hourly and a long wait at Portsmouth Harbour at night is a truly stimulating experience.

fbb assumes that the delay at Victoria was to do with a legally enforced break for his driver after a late arrival on his previous trip. So why wasn't there a National Express minion deputed to check tickets and load luggage so the scheduled driver could leave on time at 1830?

Both journeys took longer than scheduled, possibly as a result of heavy traffic. Are the schedules simply too tight? 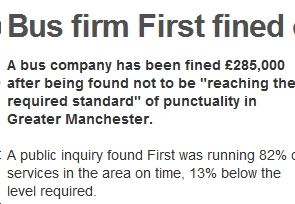 If these journeys were by train or by service bus, the operator would face fines for late running. No such sanction applies to the unregulated coach industry. Why not?

When National Express receives a copy of these two blogs, will they respond? fbb will let you know if they do.

But one small (imperceptibly small) encouragement; the timetables on the departure side were up-to-date unlike those in the racks on the arrivals side. 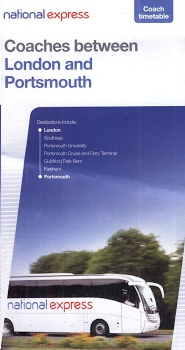 
Although one return trip does not constitute a realistic survey, the failures do leave an unhappy taste in the jaded mouths of at least three potential repeat passengers. Perhaps a rebranding?

And, talking of branding ...

Next Coach Blog : Wednesday 12th December
Posted by fatbusbloke at 02:00