Back to Brackley : Bus and Builders (4)

Here is a big difference between UK transport non-policy and that of most European countries. In France, Netherlands, Switzerland and Germany inter alia you would expect buses to call at a major station. In the UK, sadly, it is the exception; and the mantra of commercial viability makes any moves to improve interchange opportunities extremely unlikely. 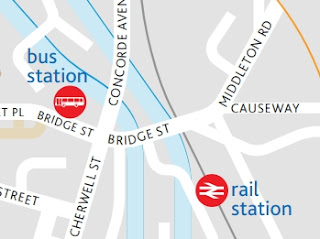 Two options exist in Banbury. Arriving via the Middleton Road there are stops a short step before the station bridge (depending upon your definition of "short" and "step"!) 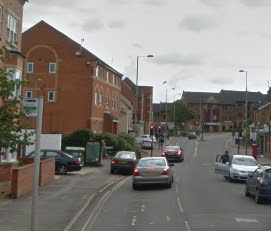 Walk on past the lights and you can turn left ... 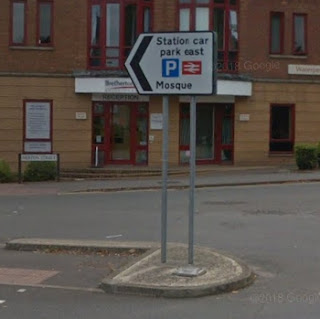 ... and enter the station via the shiny multi-storey car park. 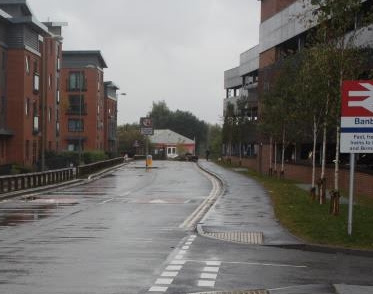 And have no fear, this is a proper entrance complete with a staffed ticket window ... 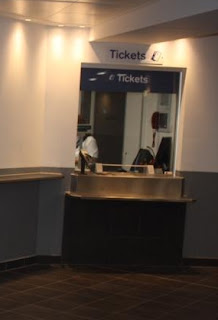 ... not just a "back door" for season ticket holders only.

After Middleton Road, the next stop is the town centre itself. As you approach the road junction you will see lots of lovely Stagecoach single deckers (mostly) grazing peacefully in front of you. This is Stratford Bridge Street where all the town services congregate. 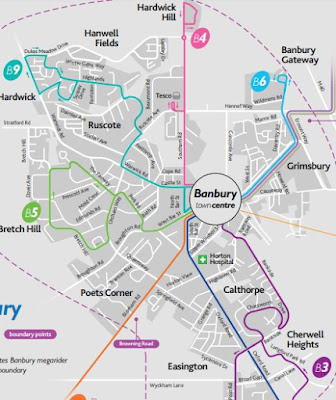 As you can see, various route merges and withdrawals have left service B3 to B6 inclusive plus B9.

But your 500 will eschew this accumulation of services and turn right to a bus station ... 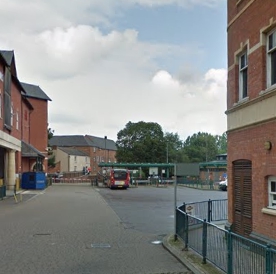 ... in Debenham's back yard. fbb  has never been to Banbury bus station so cannot comment on its facilities, but there appear to be toilets if nothing else. 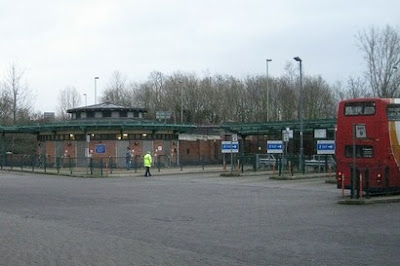 But fbb can find no sign of any enquiry facility either at the bus station (top left in the aerial view below) ... 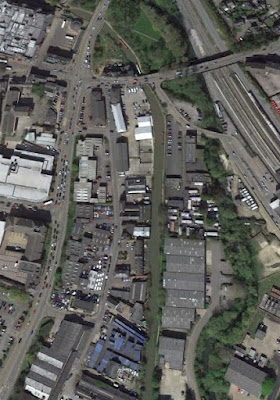 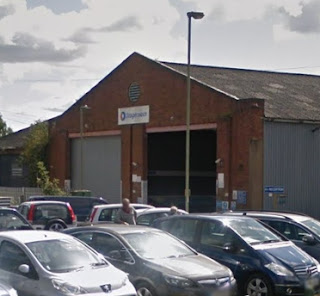 Of course IT IS ALL ON LINE.

There is a little back entrance to the bus station, however, if you know it is there ... 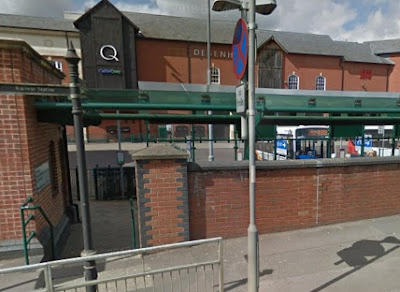 ... and a quick nip across the road and into Bridge Street and on to the the front entrance of the station. 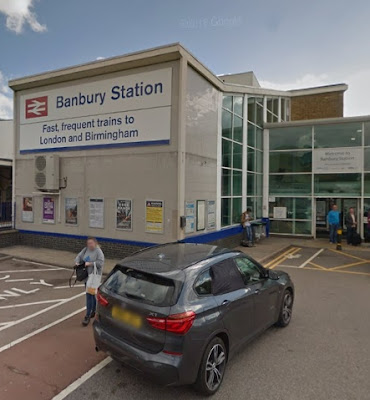 We could, no doubt, feel an affinity for the ancient nursery rhyme!

500 bus to Banbury Cross,
Catching a train, they don't give a toss;
Finding leaflet or someone who knows,
You might have to guess which way the bus goes.

During the period of the Reformation Banbury had three crosses. The High Cross, otherwise known as the Market Cross, was situated in Cornhill, just off the Market Place.

The Bread Cross was situated at the corner of High Street and Butchers Row. It was a large, covered cross, made of stone with a slate roof so that the butchers and bakers who had their market stalls there could keep dry in wet weather.

The White Cross lay on the western boundary line of the old town borough, at what is now the corner of West Bar Street and Beargarden Road, but little is known about it.

The "modern" Cross  is Victorian. 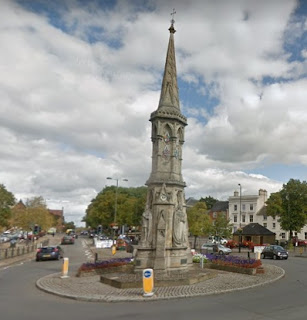 How much easier it would be if the buses all left from the station forecourt. 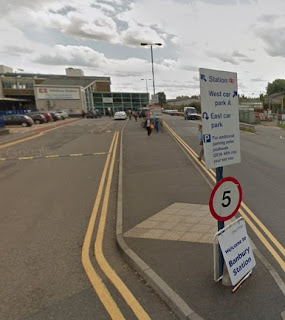 There is oodles of room.

Maybe a few extra folk would use the bus to get the train if they did!

But that would never do.

Tomorrow, hopefully we go to a Forest.

Next Danubia blog : Friday 30th August
Posted by fatbusbloke at 02:00