Good Or Bad News In Sheffield?

It was a respected resident of the City, committed bus user and knowledgeable bus watcher who has dubbed the changes from September 1st as "carnage". The word is emotive and often overused in the more lurid of daily papers, but it does imply that changes are mostly negative and certainly bad for the city's passengers.

Most of the changes come from First Bus.

First, however, suggests that they are "mostly minor" ...

... and there are some routes that will have an increase in frequency. Positive or Porky-pies? We shall see in due course.

It is a little unfair to blame First for everything because the other major influence on the forthcoming changes is the "tender round" whereby the Passenger Transport Executive has decided how to spend its money for the next few years.

Because our loyal reader may not be "au fait" with omnibological happenings in the city, and because the detail is probably too esoteric for most who give fbb's verbiage a passing glance, it is necessary to give a bit of background. 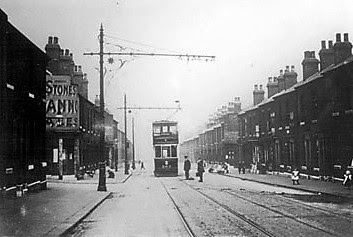 The tram network did not expand geographically post war, although the city did! Some bus services simply acted as shuttles into the tram network. 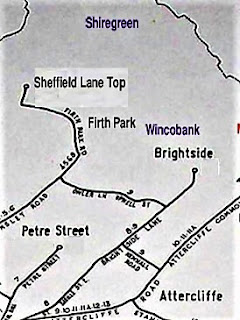 Buses from Shiregreen ran to Firth Park; and Wincobank had a very early bus route to the tram terminus at Brightside. 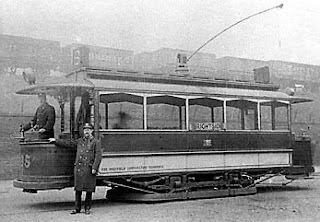 Folk from Frecheville were required to walk about half a mile to Intake to catch a tram or catch a more expensive and less frequent out-of-town motor bus. 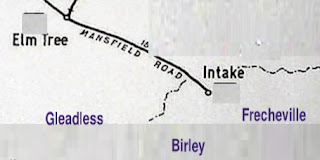 Ultimately "customer pressure" led to all bus services running into the city.

In the 1950s, tram replacement was the order of the day, a programme accelerated to rid the city of the clumsy clanking monstrosities in favour of shiny (?), clean (?), swift (?) and efficient (?) buses. The last tram ran on 8th October 1960.

But strangely they trams were replaced like-for like with buses. Routes 33 and 75 still ran to Sheffield Lane Top and route 95 turned near the former tram terminus at Intake ... and, just like the trams ... 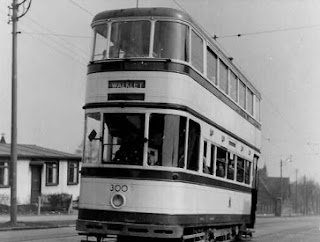 Some ex tram routes were slightly extended (Handsworth to Ballifield, Walkley to Tinker Lane, Wadsley Bridge to Fox Hill) but in essence buses were simply trams running on rubber tyres!

By the mid 1980s, and before the lunacy of the Sheffield bus wars, a few more extensions had happened, largely by merging ex tram routes with parallel buses to the newer outer suburbs. 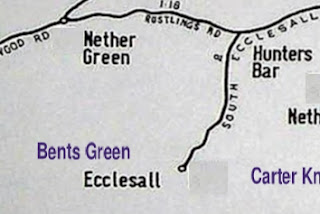 ... and Handsworth ex-trams ran to Woodhouse. 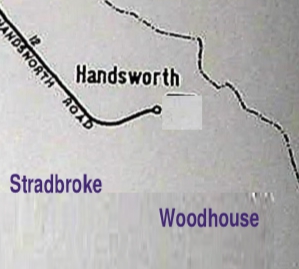 But at heart they were still trams - and, mostly, they still are!

If we step over the daftness of the early years of competition, we have the arrival of Yorkshire Terrier, later Stagecoach, competing along many of the ex-tram routes.

Under the Sheffield Bus Partnership of a few years ago this competition was, in part, mitigated by the creation of a raft of joint cross-city services.

With one notable exception, these have been untouched by the "carnage".

Some First Bus (not joint) cross-city sections have also emerged unscathed, as is the route 95 to Walkley, still every 10 minutes ...

... but some are now numbered 95a - so something else has happened.

The ex-tram 81/82 remains at every 10 minutes on the core of its cross city route. 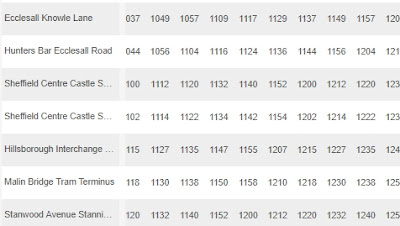 Indeed the present day successors to one of the Meadowhead tram routes, the 75 and 76 have been INCREASED in frequency on Mondays to Fridays.

The central core is now every 5 minutes instead of every 6.

fbb has not yet found any other First Bus routes that have increased in frequency, but you suppose 75 AND 76 might, just about, be classed as "some".

But not ALL cross city services have been untouched.

One particularly subtle chop comes to routes 97 and 98. 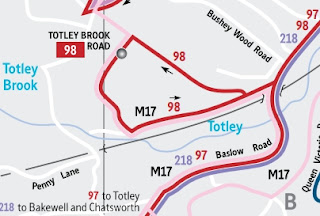 On the south western side of the city they have their origins in a merging of former tram routes to Millhouses and Beauchief ... 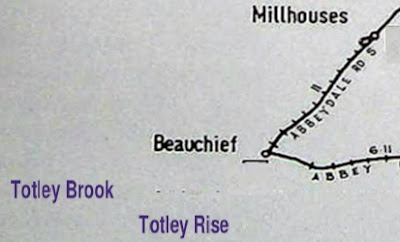 ... by extension to Totley and Totley Brook. For some considerable time each route has run every 20 minutes providing a respectable ten minute frequency on the common section of the route running cross city to Southey Green and on to Hillsborough.

Then at the end of May this year it joined to ranks of those services "reduced for the Summer season" from every 20 each to every 30 each. This had never happened before.

Originally some cross-city routes were trimmed for the duration of the school Summer holidays, then the reduction was extended into June and July for those routes serving the University; because, apparently, most of the students had hopped it for their well deserved three-and-a-half month summer break.

More and more services have joined this negative scheme despite the fact the few of those added carry many students! This year for the first time the 97/97 joined the throng.

And here comes the chopper.

All such services will revert to their pre-"Summer" times from 1st September EXCEPT the 97 and 98 which will continue at every 30 minutes each. 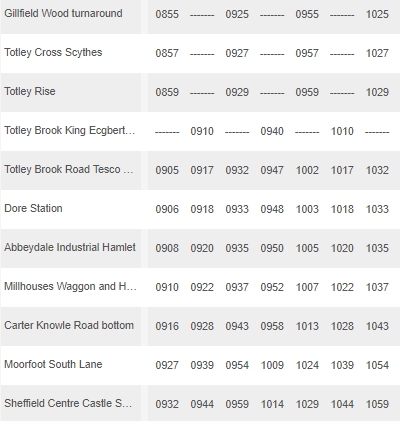 Soon Sheffield's residents may well be singing this ill-remembered chorus from Gilbert and Sullivan's Mikado.

The extracts show times from the changes on 1st September (Sunday) and are from the Monday to Friday schedules extracted from the GoTimetable App and website.

There are more chops tomorrow ... 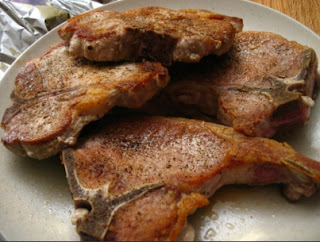 ... sadly for Sheffielders not the yummy edible kind!

The same contributor commented on the "excellent route maps" posted at bus stops. 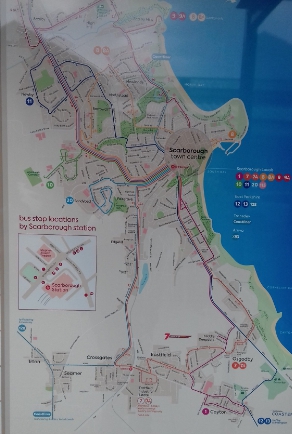 Thanks to a comment (yesterday's  blog) for pointing this out.