A Note From Storm Doris ...
... and a smile from London Underground! 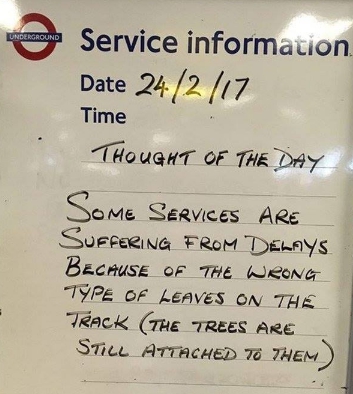 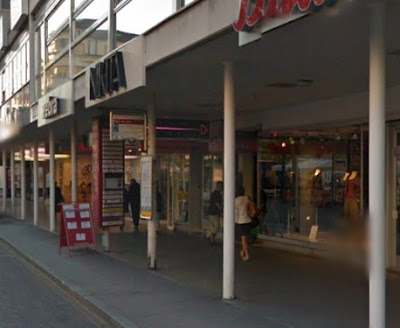 How overwhelmingly exciting, NOT.

But here is a picture of the Navya Navette Autonome serving the same stop. 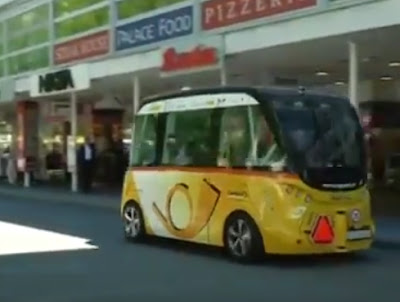 Proper big buses are run by the local authority (Bus Sédunois), Car Postal (Postbus) and a couple of independents. None of these services penetrates the old town area as this map shows. 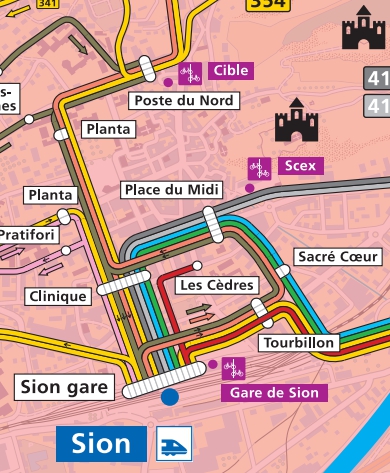 Stops at Poste du Nord, Planta and Place du Midi are all on the edge of the quaint and narrow street bit.

In a wise and wonderful evaluation scheme, Car Postal are operating the Navya on a circular route mainly through pedestrianised and limited access areas in that unserved centre block. Here is the map. (click on the map to enlarge it) 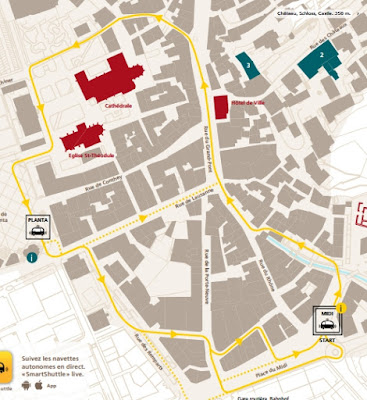 This scheme shows the two main stops but there are others dotted round the circuit. Midi offers direct connection with ton buses as shown above. Planta is on the opposite side of the square, on a pedestrian road, from the main us stop. 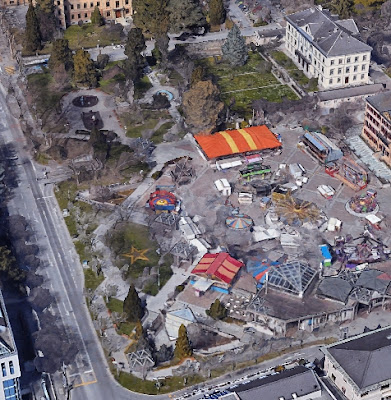 Big buses stop on Avenue de la Gare (left), Navya pods on Place de la Planta (centre right). It is this scheme that is featured in an article in the current Buses magazine ... 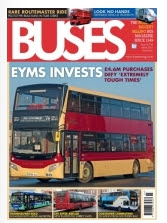 ... written by a genuine observer and a genuine passenger! 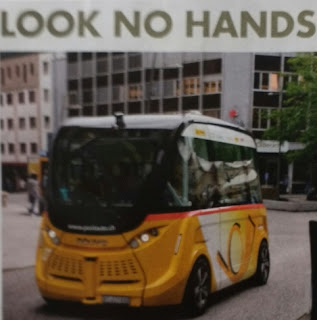 The trial runs on six days a week; the later start of Thursdays is to avoid a street market! 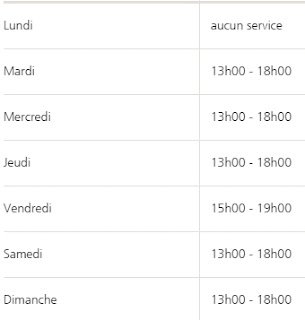 To vehicles operate the service and the FREE experiment will run until October 2017.

fbb would have liked to include a video of at least part of the route but for some unfathomable reason the video processor on the Blogger system has stopped working. Our considerate readers will have to put up with selected screenshots. 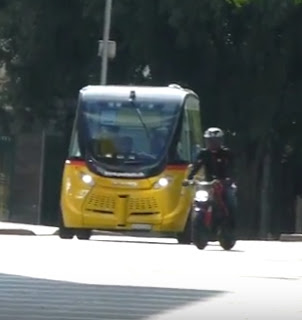 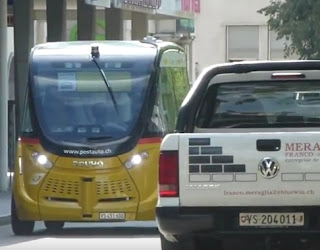 Traffic bollards, lowered for the bus 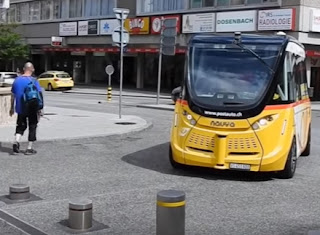 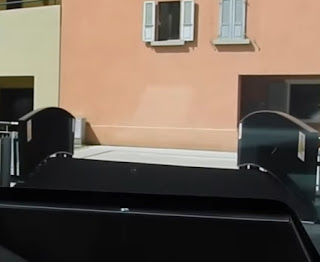 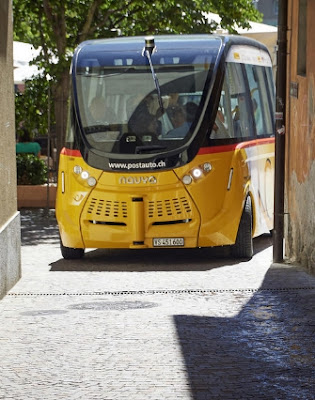 Pull in to the roadside at stops 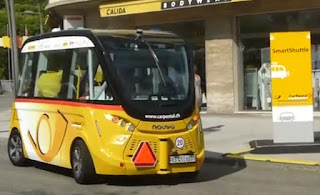 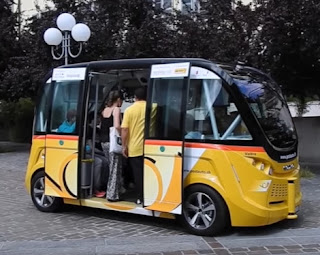 There is, sadly, a "BUT". Take a look at the two pictures above; indeed tke a look at ay picture of the bus in operation and you will see a passenger (sometimes two) in a yellow T shirt.

One of them is the driver! The other is a "customer assistant". Most trips carry both.

To be fair, the driver is only there to take control if anything goes wrong. In the Buses article, the electronics could not cope with a steady stream of on-coming cars and an illegally parked vehicle. The stringent safety measures simply wouldn't allow the bus to "nip past" the obstruction.

Similarly, at a tight turn, another parked vehicle confused the little buskin and it stopped completely and whispered an anguished "help" to its carer. Intervention followed.

In both cases the driver "drove" the vehicle manually with his X-box keypad (yes that's right) ... 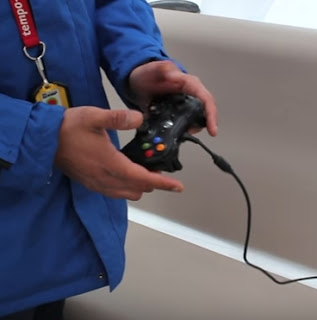 ... until the next scheduled stop when he handed control back to the electronics.

A highly over-charged article in an American "popular science" reported that one of the pods had collided with an open tailgate of a parked delivery vehicle. It looks as if the end on tailgste was too "thin" to register on Navya's sophisticated radar. No one was hurt.

The Navya people are keen to stress that every demonstration is an opportunity to test and refine the software.

One thing is certain. If Car Postal and Navya can get it to wok in Sion, it will work anywhere.

Time will tell whether the "blue sky" vision s actually deliverable and at a price that doesn't excavate the coffers of those providing the service.

As this blog says many times, "Don't hold your breath!"

Tomorrow we take a look at the more "normal" bus network in and around Sion. 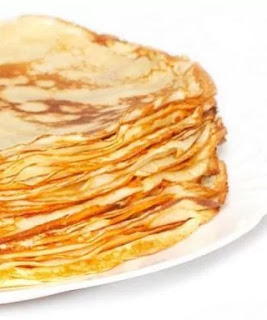 How is our shriving going? And how does eating pancaked help us to be shriven?

The Church season of Lent has lost its impact over the years; but, essentially, it was a preparation for the drama and power of the Crucifixion and Resurrection narrative. The desire was to be "absolved" of our sins before beginning the spiritual preparation for Easter.

One way was to do "penance", to "pay a price" for our transgressions. That penance morphed into a more spartan lifestyle for the Lenten period. Hence the modern nonsense of "giving up chocolates for Lent".

To mark this move into a more challenging lifestyle, we would use up all our rich food (fat and eggs) and make pancakes with them. Thereafter it would be dry bread and water, theoretically. We would thus be shriven on Shrove Tuesday!

A more Biblical theology is that of Grace. God's forgiveness is FREELY given to those who genuinely repent; it is not necessary to try to pay Him. But it is worth remembering that "repentance" is much more than "saying sorry"; it  is about a genuine desire to put right what we have done wrong and do something positive instead.

Maybe if we gave the money saved on Lenten luxuries to the poor , plus a bucketful more,  we might be more appropriately and usefully shriven.

Tomorrow : get the ashpan out!