Three languages are spoken in Switzerland, namely French, Geman and Italian hence many organisations need three versions of their name. A resident of Sion s called a Sédunois which seems to apply irrespective of language.The people of the Canton of Grisons will be seething at the list of languages. Many of them speak Romansch, a fourth "official" language in Switzerland. 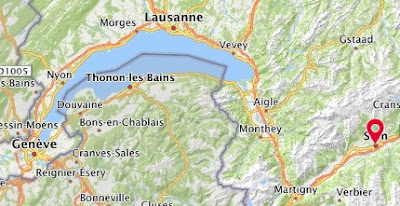 It is in Switzerland, east of Geneva and in the valley of the River Rhône, a watercourse that we have met at Lyon. It is the capital of the Canton of Valais. At a cursory glance the town seems built on flat river plain ... 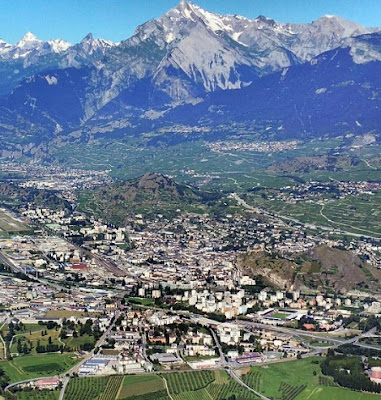 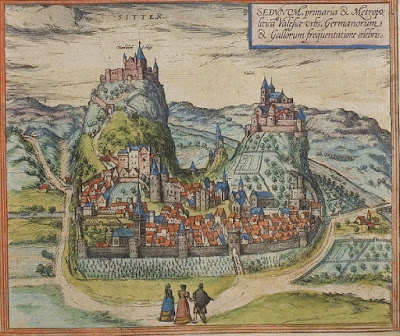 Look closely today and you can see what the ancient engraver chose to emphasise. 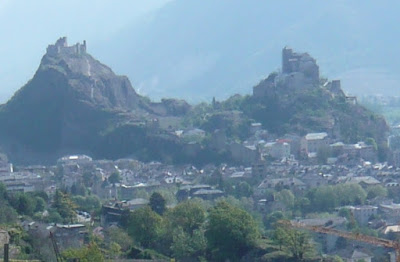 In and around the town are several distinctive peaks of solid rock and each of these two chunks is host to an ancient building. 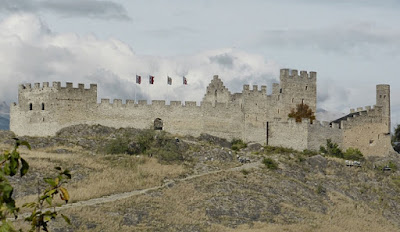 ... Châteaau de Tourbillon dates back to the 13th century and was badly damaged by fire in 1788 and oft rebuilt and re-occupied, It is now a ruin but still spectacular. 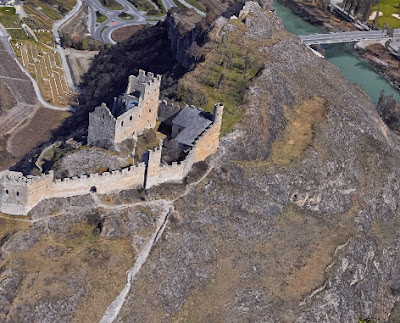 On the right is The Basilique de Valère ... 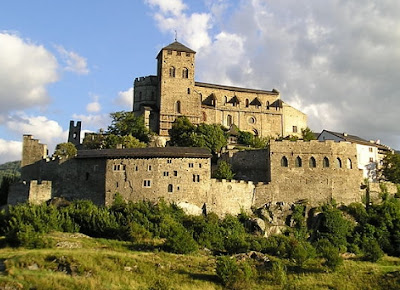 ... which can also date itself back to the 13th Century. Its purpose was a combination of worship and political and religious domination of the region. 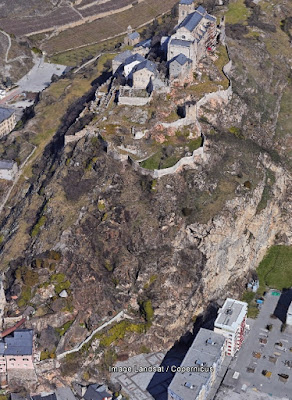 You really wouldn't want to mess wit the folk that lived and rules up there!

At the foot of these two peaks is the old town, now largely pedestrianised or with traffic severely restricted as per the blue lines of the Google map. 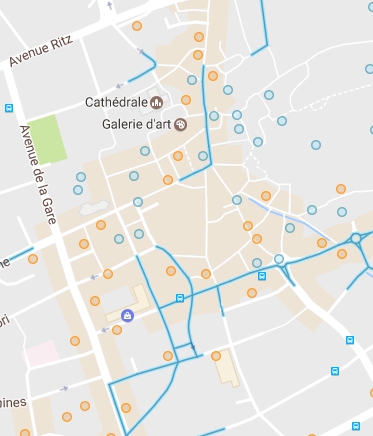 On the southern edge of the old town you will find the railway station. 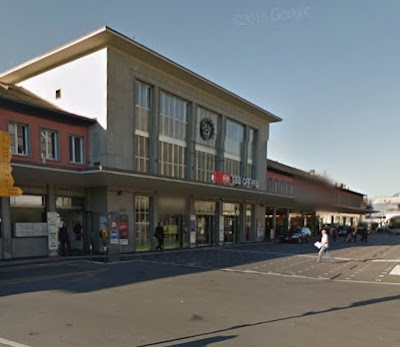 The station is on the main line between Geneva, Lausanne and Northern Italy via the Simplon Tunnel (click on the map below to enlarge) ...

... and thus has a wide range of international and interurban trains,

Next door (of course, this is Switzerland) is the superb covered bus station. 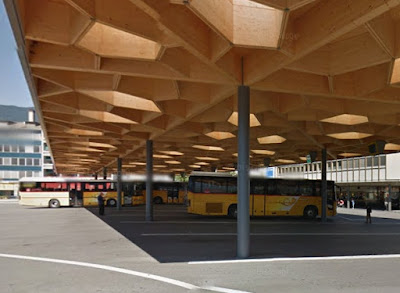 From here buses run by the Swiss Postal Service ... 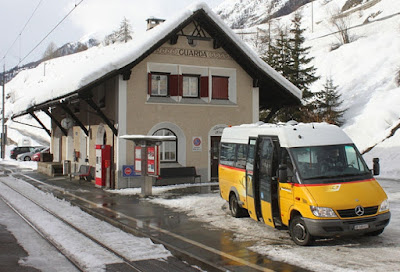 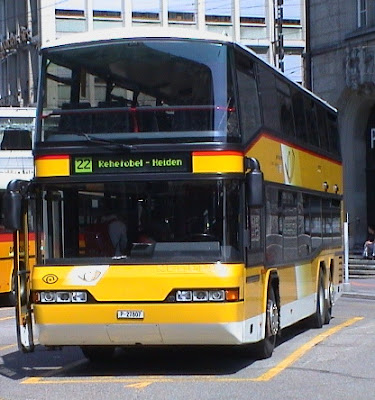 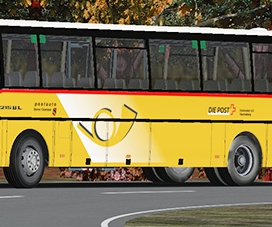 And just round the corner from the bus station is the main stop for Sion's town buses. 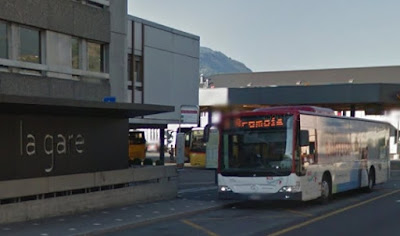 Note the size of the stop name on the shelter (left); no mistaking where you are. fbb plans to take a look at these services later this week. For the time being here is an articulated single decker.

Note, in passing, that Sion has a population of about 34,000 people. Here is a list of English towns of similar size. 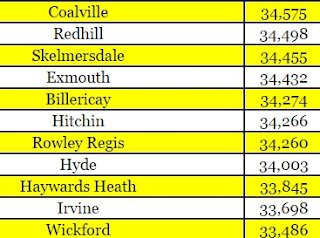 It is to this little town that Navya driverless buses have come, resplendent in their Post Bus livery. 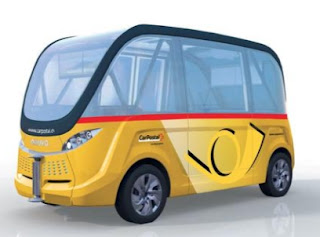 This operation is very different from the others that fbb has reviewed; as we shall see tomorrow.