Indeed, Ashford Kent was, for most of its life, a one horse town; the horse being the Iron Horse. Ashford Railway Works was Huge ... 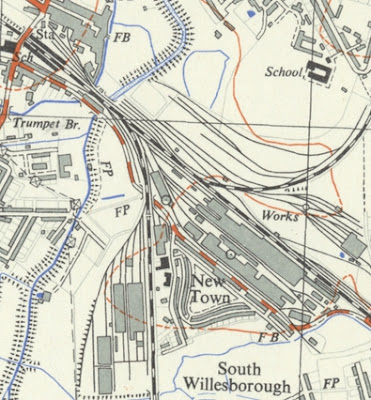 ... and it looked huger from the air. This is looking from the opposite direction to that of the map above. 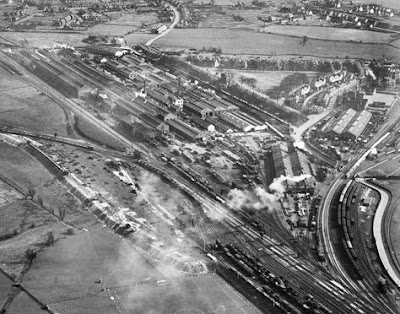 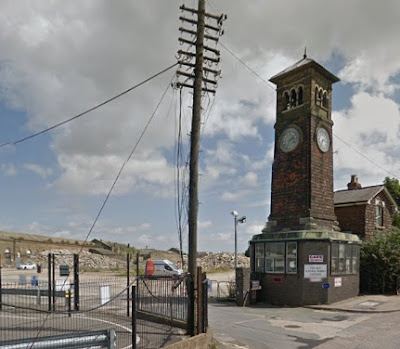 ... but the iconic clock tower still stands. Most of the main site is (or will be) housing. But opposite the tower, the circus is in town. 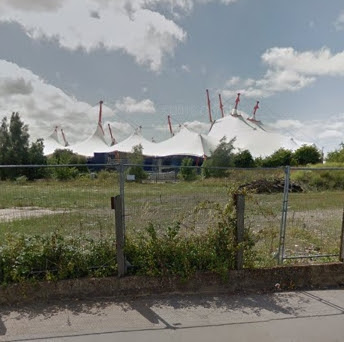 Only it isn't. It is a huge retail park with shops round the edge complete with weird tented roofs ... 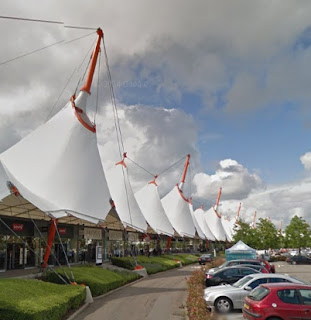 ... and car parking in the middle. Buses, as you would expect, are not allowed in the middle; they are relegated to a busy stop at the bottom end. 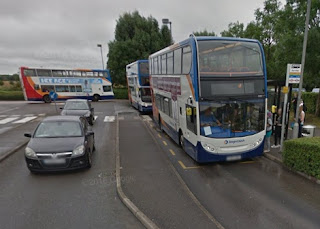 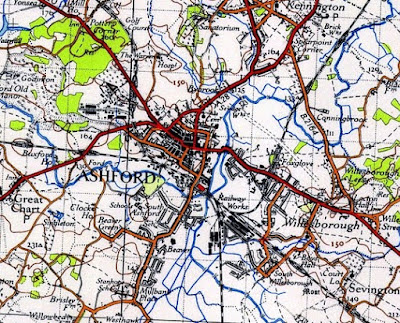 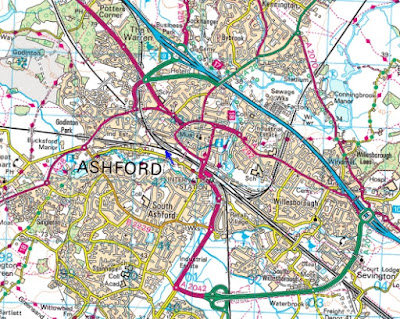 ... will show how the Railway town has grown. (click on the maps to enlarge them).

Ashford still has its original centre; but it can be hard to match older with new. Here is the "top end" of the High Street then ... 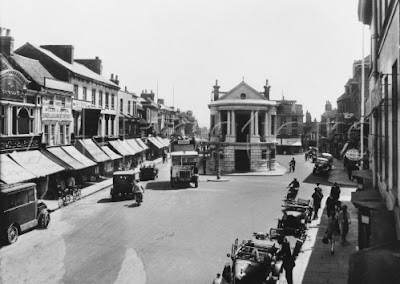 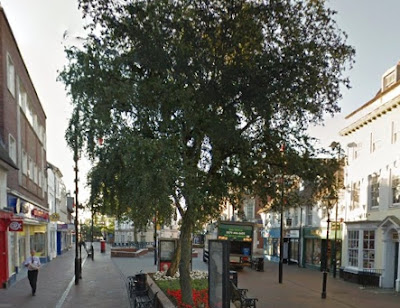 The obvious landmark is still there, hidden behind the tree. 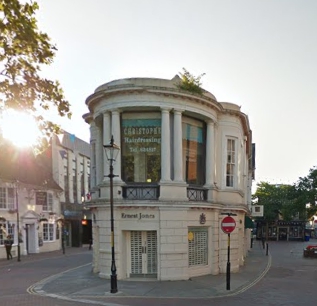 ... restful trees and not quite pedestrianised roadways replace the bus stops. 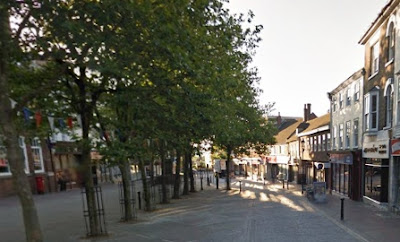 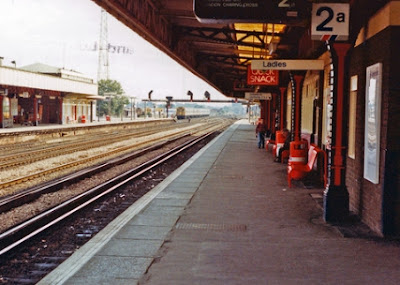 It was much rebuilt in preparation for trains to Europe in the 1990s. 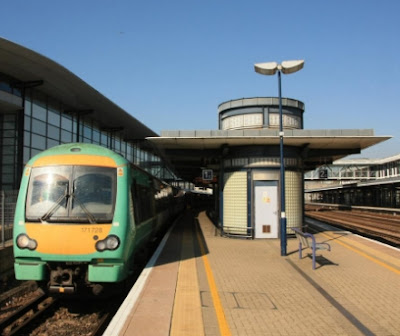 The "International" bit provides a stop for Eurostar services via the Channel Tunnel. 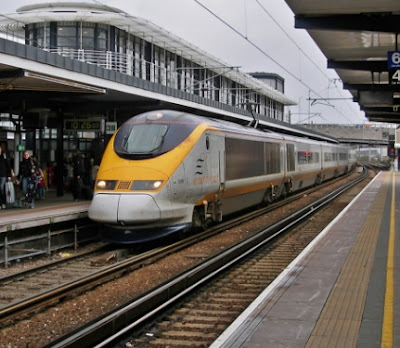 There are also trains to Disneyland Paris, Marseille and Bourg St Maurice for the Alps, some running seasonally only.

Seems a lot of station for hardly any trains.

But we must now turn to the buses. Part two of this series will appear on WEDNESDAY to allow for a quick review of South Yorkshire's changes which came into effect yesterday.