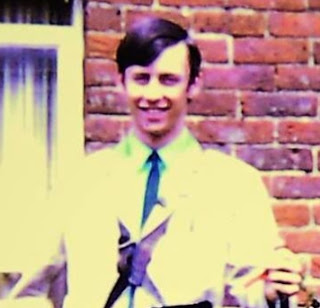 ... as a youthful Isle of Wight clippie; and this is Derek Gawn today. 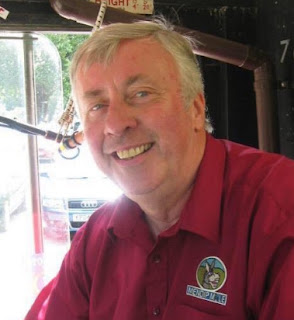 He hasn't changed a bit! He bought the open-top Bristol RE from Southern Vectis ... 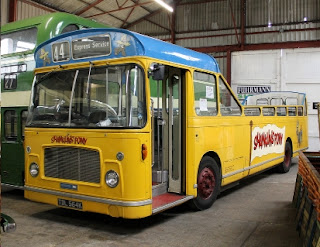 ... moved to Zummerzet and, last year, began a series of open top tours. Some of these were local ... 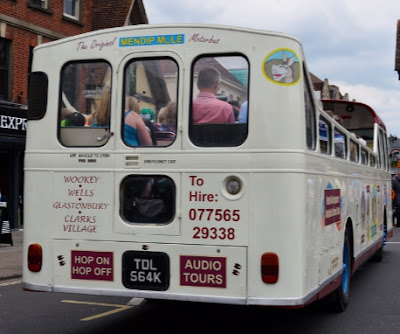 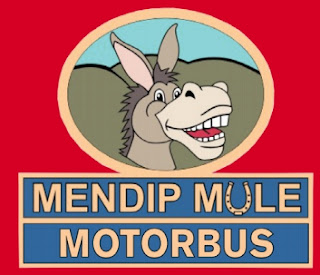 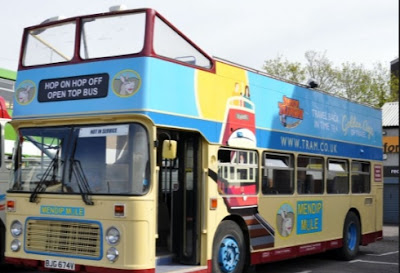 For 2016, the decker has been adorned with Seaton Tramway pictures in recognition of a cloer business relationship between the two companies.

But all has not been well for Del-boy in the Mendips. (He has tried rubbing on the embrocation.)

Sadly we have to announce that our public tour programme in all areas of SOMERSET (only) is WITHDRAWN with immediate effect from 8pm on SATURDAY 11th JUNE, due to negligible support from the towns & villages in the Mendip District Council & BANES areas, and, caused by this, mounting losses on fuel and other direct costs.

Banes? That's the county of Bath and North East Somerset, a name that trips oh so easily off the tongue.

This decision is being made primarily to safeguard our profitable ‘bread & butter’ 9 week high season operating period in E Devon & W Dorset, where support is high for Mendip Mule. This does not affect any booked private hires or special rail interest tours.

Our E Devon & W Dorset operation from 11th July to 11th September will of course go ahead as scheduled and may even be further slightly enhanced to make up for the loss above, and with the extra time now afforded to us for preparation. 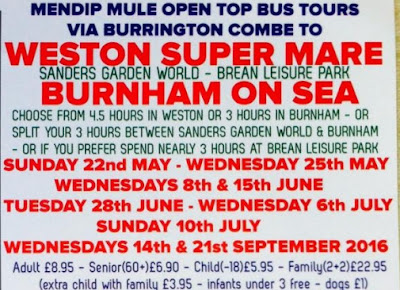 We had provided the Somerset tour programme in all good faith and in response to requests last year for something of this nature. Whilst we had not expected an instant success, we had hoped for better support than has been forthcoming. With the exception of one trip, over the three weeks, our highest load so far from the entire combined catchment area of Coleford, Holcombe, Stratton on the Fosse, Westfield, Radstock, Midsomer Norton & Chilcompton has been just 6 passengers on a 74 seat bus. 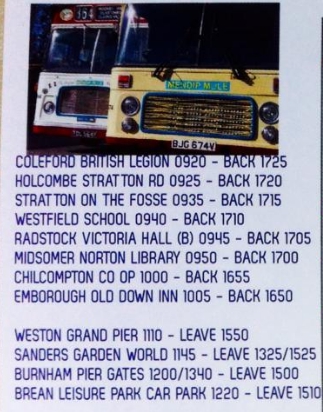 In an earlier life, fbb operated open topped buses on the Isle of Wight. 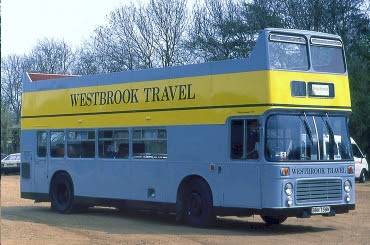 Takings on three round trips "over the downs" varied from £300 on the best days to 20p on the worst. It goes without saying that fbb did not make his fortune, although the experience was "interesting".

Del-boy is such an irrepressible character that it will come hard to have to give up in his home territory. fbb has genuine sympathy.

His extended programme of round trips in East Devon (and over the border to the far-flung Dorset delights of Lyme Regis) is scheduled to continue. Details of the routine tour timetables can be found (of course!) on the GoTimetable Seaton App (for Android devices and downloadable  FREE  from Google Play Store) or on the Mendip Mule web site (here).

One loop does Seaton, Beer and Sidmouth ... 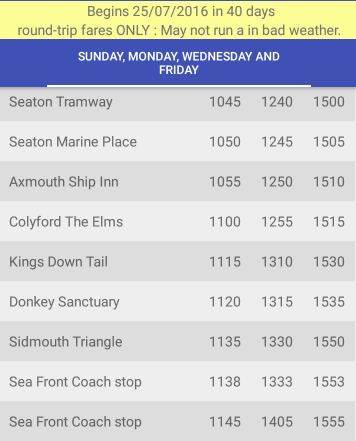 ... and the other tootles round Seaton, Colyton and Lyme Regis. 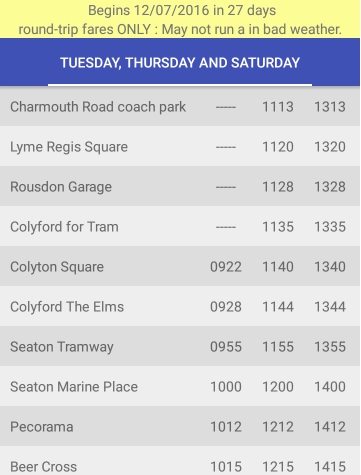 Both offer an excellent opportunity for a day's sightseeing and topless touring. There are approprtiate mapps on the app. fbb echoes Derek's plea.

If you are on holiday on the coast, anywhere from Abbotsbury to Sidmouth, then come and see the Mendip Mules in their seaside home.