... and The OneOne2 too.
From our Bristol correspondent

With Travel South Yorkshire still declining to deliver any timetables fbb's investigation of the provisions of the Doncaster Bus Partnership must be further postponed. But the good news is that Computer SWAT team, in the person of No 3 son, arrived at fbb towers at 2300 on Monday night equipped with all that was necessary to mend the lap top. 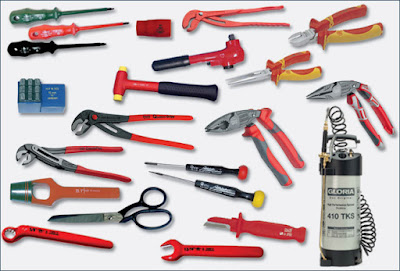 Windoze 10 has been successfully installed after fbb's collection of "stuff" had been backed up. Thanks, son, for travelling all the way from Shoreham-by-Sea to help the old codgers!

South Yorkshire timetables have now re-appeared but too late for today's blog.

Even more effusive thanks to Paul from Brizzle who chose to investigate the changes to Wessex Star's  service competing head to head with First Bus. The change was referred to in last Friday's blog (read again) but took place on Monday.

Or did it? Paul writes:-

Traveline and associated service give a commencement date as (typically) Sunday ...

... but Wessex's own publicity said it started on Monday.

Indeed, there was no sign of it on Sunday"

Public Transport information is so reliable.

Then, of course, we need to know where it goes. There are departure lists at the bus stops; one for First's 2 ... 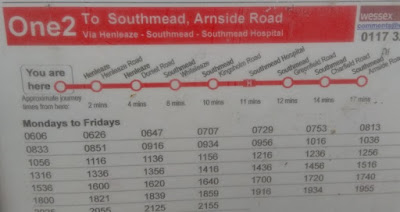 But as Paul points out, the route descriptions for the two services (which are the same until just short of Southmead Hospital) are different. He continues:-

However, the problem that fbb has highlighted from time to time (?) appears on the common section of the route. First's 2 is shown in the timetable frames as going via Northumbria Drive and Lake Road.

But the Wessex banner offers Northumbria Road, Doreset Road and Whiteleaze. And, yes, it IS the same route exactly!

The order of the stops in question is Northumbria Drive, Henleaze Road, Dorest Road, Lake Road and Whiteleaze.

The vehicles have been rebranded (despite fbb's contention that they wouldn't be) with graphics for both services. The result is a bit odd unless you know what is happening.

Interestingly, thedestinations Henbury and Westbury-on-Trym are in the wrong order. Whoops. 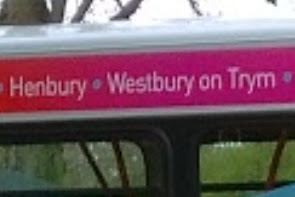 Despite this misleading matter, the buses look good. 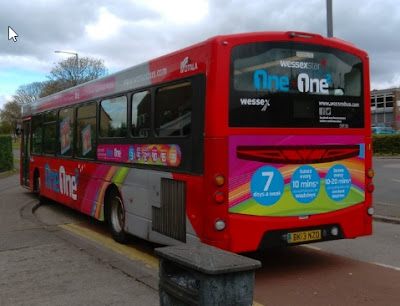 But then there comes the problem of where the buses are going. Where is the terminus? Is it here, outside the hospital?

Or here, one stop further down the road and NOT outside the hospital but outside Lidl (skulking behind the No 76). 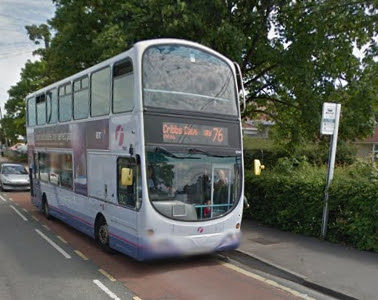 Paul has attempted to unravel the problem.

The leaflet timetable shows the terminus as "Southmead Hospital, Southmead Road, which is presumably the "Hospital" stop pictured above.

But it is not marked on the leaflet map!

The map shows the terminus as Southmead Hospital Lidl ... 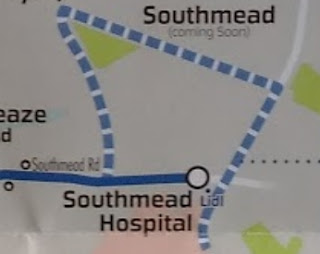 ... but the stop does not give access to the Hospital and might involve turning via a hopelessly impractical double roundabout. This is called Greenfield Road by Traveline. 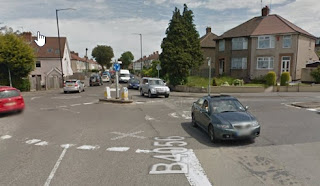 The Wessex web site timetable has this stop as Southmead Road Pen Park Road but it isn't the terminus. 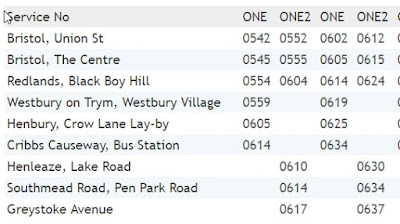 This stop is located on the leaflet map's dotted line roughly where "Southmead coming soon" is printed. It has a lovely big layby right outside the parade ... 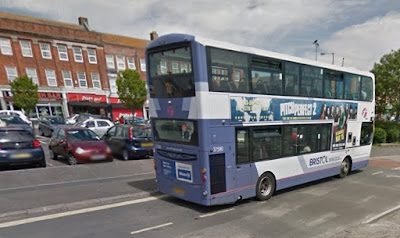 ---. shows buses running via Lidl on a dotted line to Arnside Road terminus. 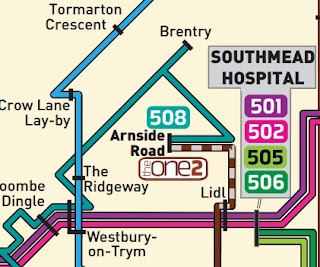 But at least there is a warning.

Yet again a superb example of how to make public transport attractive to passengers.

It makes fbb glad he lives in the comparative omnibological tranquility of Seaton; there aren't that many roads available so, depite changes this May, it remains relatively simple. 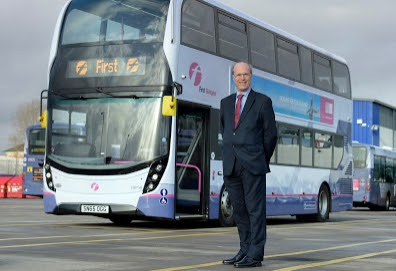 In simple terms an investment of £70 million in 305 vehicles.