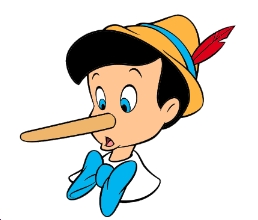 The first part of this blog was originally published on Tuesday last, but was curtailed when the Travel South Yorkshire web site decided not to give forth its collection of timetables.

Although, to be fair, the pre-partnership publicity was less effusive about service improvements, focusing on nebulous "benefits" and "pie-in-the-sky" access to Government funding. There was also more talk of "matching services to demand", a typical euphemism for cuts. 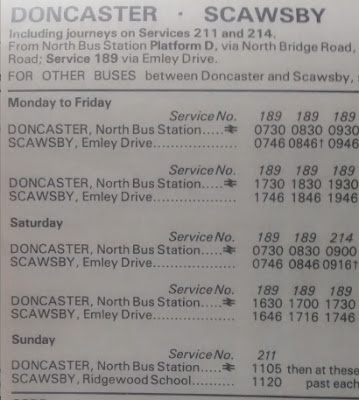 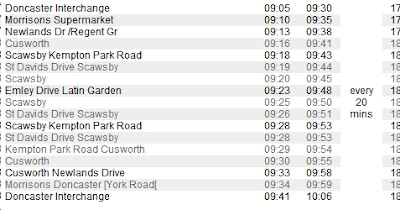 The services terminate at the turning circle complete with blue shelter ...

... which was replaced by a new version between noddy car visits. 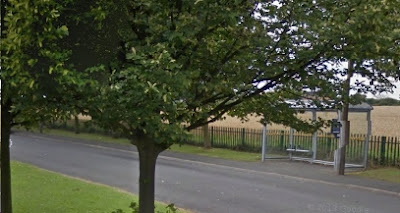 But six buses an hour was too much and, subsequently common sense prevailed and the competitors reduced their services to half hourly. Not only that, but they are evenly spaced around the clock face.

The service has dropped from every 10 to every 15 minutes until along comes the Doncaster Bus Partnership, bringing with it huge benefits for the excited Doncastrians.

Stagecoach 42 disappears in a puff of exhaust smoke and First increases to a bus every 20 minutes.

Cheers resound on the streets of Scawsby and Cusworth. 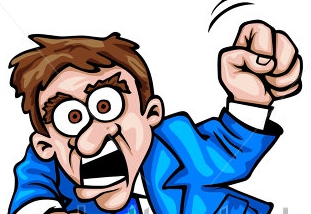 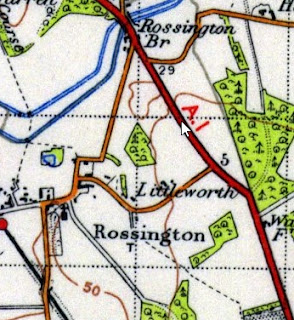 Travelling eastwards towards the old A1 you will pass through the original Rossington. There isn't much left of what was little more than a hamlet. 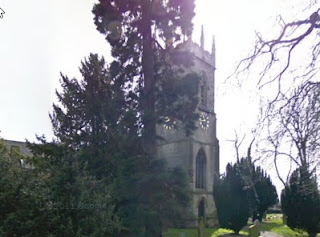 The rebuilt and widened road west from the church leads past the site of Rossington railway station, 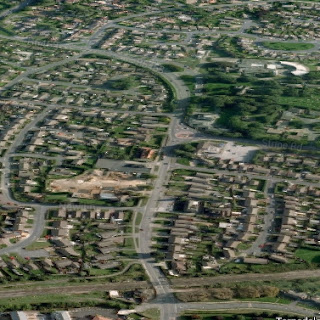 The regular passenger service ceased in 1956 although occasional excursion trains continued to call in the early sixties. 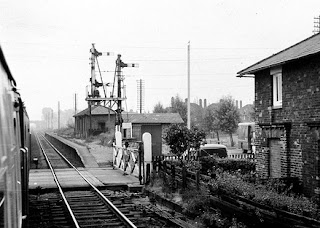 But here we are in New Rossington, a large residential area which developed round the colliery opened in about 1914. 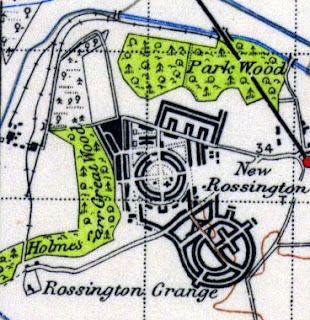 As the village developed, so did the bus services with several independent companies running jointly with Doncaster Corporation. 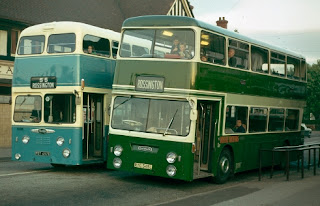 Leon Motors and Rossie were joined by Blue Ensign. 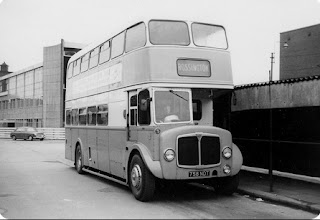 The service was numbered 155 under the PTE's county-wide scheme, since abandoned. and operators were progressively bought out leading, ultimately, to First Bus as sole provider of the 55 service. 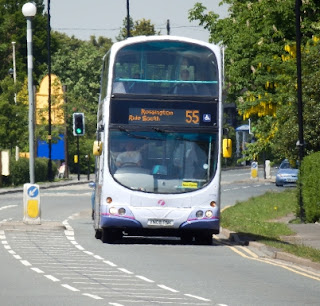 With very minor adjustments, the Rossington route has not changed over the years, running direct via the old A1 to Rossington Bridge then via the old village and into the estates that make up the new. What variations that have occurred have been to serve extra bits of more modern development. 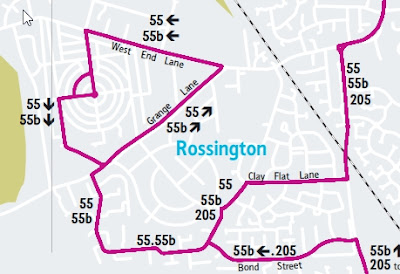 At first glance you would think that there wasn't much that "The Partnership" could do to improve/ruin the service.

But you would be wrong; as we shall see tomorrow.

Next Rossington blog : Friday 29th April
Posted by fatbusbloke at 02:00