Valuables in the Loft [2]

A Chunky Piece of Junk? 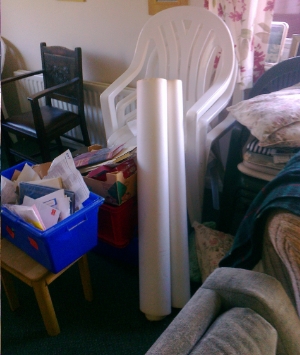 And a mystery picture. What might these two paper (or card?) tubes be; or have been used for?

fbb has always taken an interest in printed timetables and, in recent years, on-line publicity. But that is only half the story. How well are potential passengers informed once they have arrived at bus stop or station? In the case of most bus stops, information can be almost non-existent although most busy stops now offer a computer generated departure list; mainly of use to regulars and often mystifying to first-timers. See "From Monk to Martyr" (read again).

Railway stations have always sported some sort of departure board. This is the low-tech wooden plank system, here on the preserved Bluebell Railway. 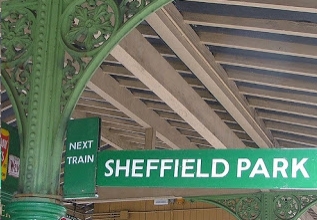 And this, a slightly more sophisticated version whereby  wooden boards were hung in he windows at Glasgow Central Station. 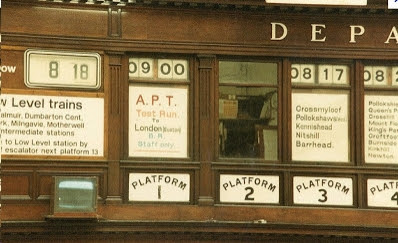 Note that this pic shows an 0900 departure of the doomed APT (Advanced Passenger Train)! fbb vaguely remembers this system was still in place in the early 1970s when the wooing of the future Mrs fbb took him on emotional sojourns to the delights of Caledonia.

... with those on the District Line surviving until not that long ago. Nostalgia freaks will also remember the unsophisticated "follow the lights" displays to guide Underground travellers to "Main Line" terminals. Simple, cheap and, frankly, more effective than any number of electronic displays. 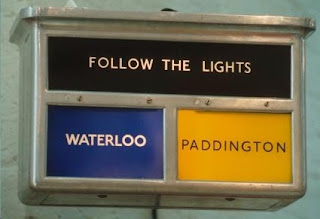 Then along came the so-called "Solari" flappy departure boards, named after the major maunfacturer thereof, based in Italy.

Firstly very common in the the world's expanding airports, they later came to our larger railway stations. 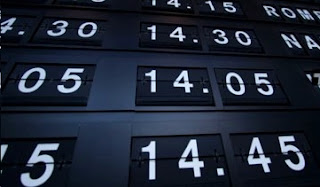 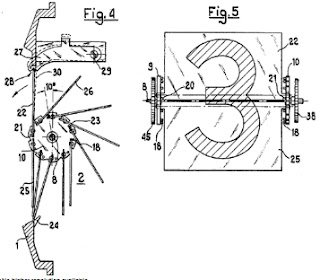 But computer driven video screens or LED displays have taken over and, when all is running smoothly, these are a great comfort to uncertain travellers. 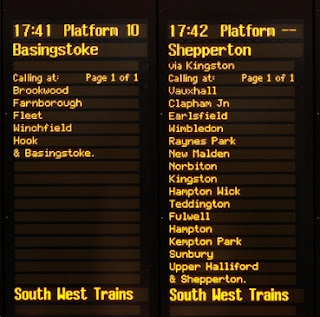 Of course, all mechanical and electrical systems will fail in the event of some disruption to the train service. Equally, when the systems were operated by a real person, on site, available to the enquiring passenger, there was a chance of some comforting or helpful news. fbb has blogged previously on a visit to Slough station during an "operating problem" and the few staff on hand were as mystified by the erroneous displays as the travelling public.

But back to the mysterious tubes. Many larger stations had a substantial wooden departures display cabinet, containing a roller blind listing all the trains in time order. Every so often a "minion" would appear from one of the many "staff only" doors clutching his winding handle and he would advance to display to show the next dozen trains. 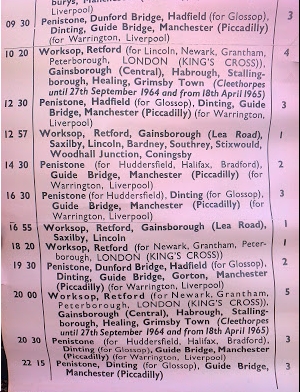 fbb's example (dating from mid 1964) was "liberated" from a rubbish heap at Sheffield's Victoria Station soon after closure and donated by a friend to become part of a new rubbish heap chez the chubby one. It migrated to the loft about 20 years ago and will sadly return thither as it is too huge to display in full. The small chunk photographed above represents about half the Sunday departures and is about 6 feet long (two metres in the new money). So there's a lot more of it!

On balance, many of us "oldies" found the unsophisticated technology of days gone by more comforting and, enhanced by the advice of the man in the flat railway cap ("the 'arf pass seven t'Grimsby'll be abart ten late, luv"), somewhat more trustworthy.


Next Bus Blog : Monday 5th November
Posted by fatbusbloke at 02:30