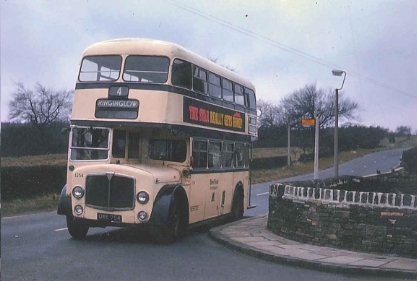 In January 1968 the bus services from Sheffield to Bents Green and Ringinglow changed dramaticallly. The former service 4 via Psalter Lane (actually a historic salt route and nothing to do with the Church) was curtailed to terminate at Ecclesall and the former tram route 81 and 82 was extended via the Bents Green loop. These routes (with one trip via Greystones on the 83) also trundled out into the country to serve Ringinglow.

The Council was particularly proud to inform us all that the steep top bit of Bents Road had been fitted with heating elements to melt the snow and ice so that buses could cope with the junction. 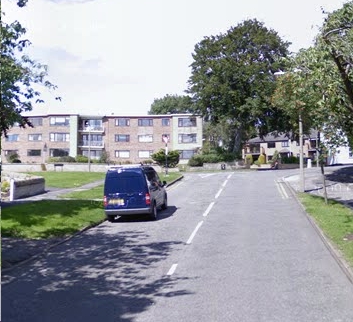 The press item failed to explain how service 4 buses had managed since 1926 without cosy warmth for their aching tyres! fbb has no idea whether the heating is still in place or whether it still works; the junction box that contained the electrical gubbins is still there, however. 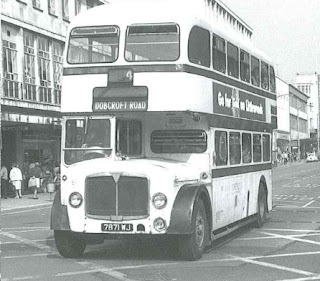 Rather then subjecting our loyal reader to the minutiae of the 4 timetable and route, the simple explanation is that the buses were soon (November 1970) travelling via either Springfield Road or Dobcroft Road to a terminus at Millhouses. The 1982 route map illustrates:- 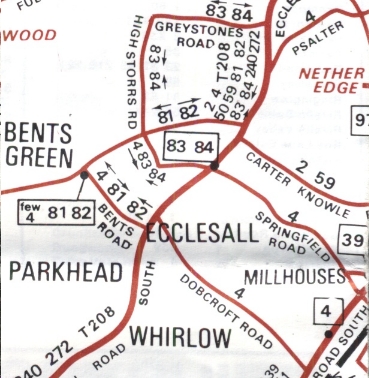 The use of the same route number for different "ways round" made for possible confusion and was explained by SR and DR notes in the timetable.

The confusion was somewhat mitigated in later years by numbering the anti-clockwise variant as 3. 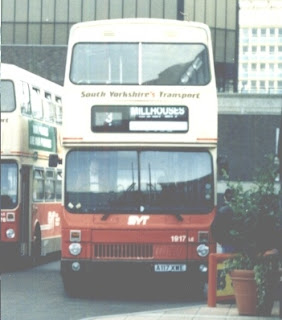 Surpisingly that pattern remained unchanged until (?) 2011 ... 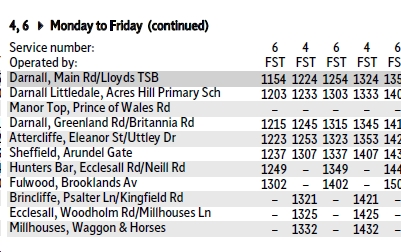 ...when the 3 variant was withdrawn and sent to Fulwood as service 6 but not via Psalter Lane. The once frequent 4 (every 7 and 8 minutes at peak in 1952) was now a forlorn once every hour. 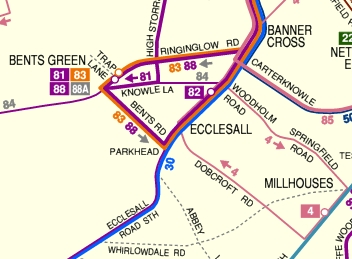 But worse was yet to come.

Under the Bus Partnership proposals it was announced that the service to the Millhouses Loop would be improved (pause for cheers) but the service via Psalter Lane would be withdrawn completely (howls of protest). 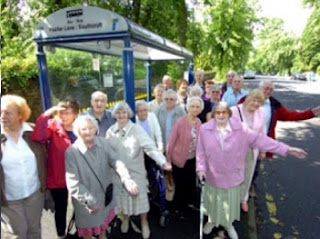 The local rag managed to drag a confused collection of crusties out of a local block of "sheltered" flats to prove how tragic this loss might be. Protests were obviously effective because the authorities relented and service 4 via Psalter Lane was put back into the plans.

Thus it was that fbb and chums, after a hearty breakfast ... 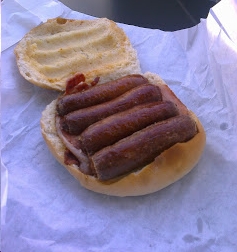 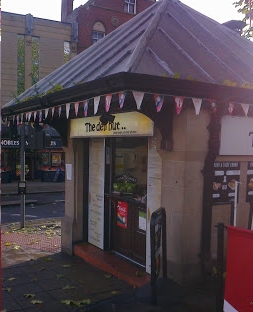 ... (supremely fresh bacon and sausage bun with flagon of freshly made tea at £4.05, all consumed at an alfresco table with view of flocks of passing buses) all set off to investigate the improved service on the "Millhouses Loop", the reprieved route via Psalter Lane and the return of service 4 to Ringinglow after 44 years.

The excitement is almost unbearable!


Next Bus Blog : Friday 30th November
Posted by fatbusbloke at 02:30