The Curse of Mr Blobby

Spots before the eyes! 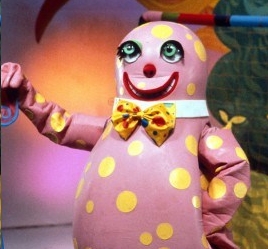 It makes a change to blog about Sheffield without mentioning a certain transport authority!

Contra Vision. The first name in see-through graphics technologies. Our Vision Management System comprises products and technologies designed to be seen, and to be seen through and which transform transparent panels and surfaces in more ways than you’d think possible.

But this is a far ranging problem. This monster was photographed in Manchester ... 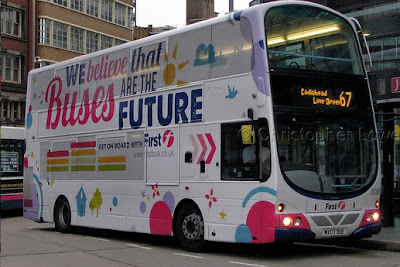 ... and this, from Stagecoach, in Gloucester. 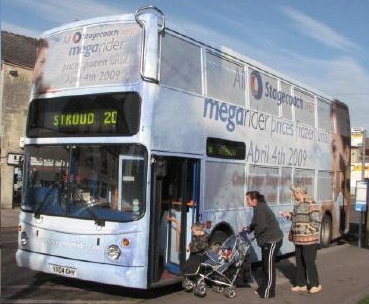 And this horror, again from First, was espied passing York Station. Photographed a few months ago. 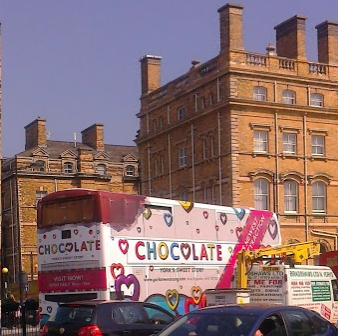 In Sheffield, route branding is plastered over a large number of Stagecoach vehicles ... 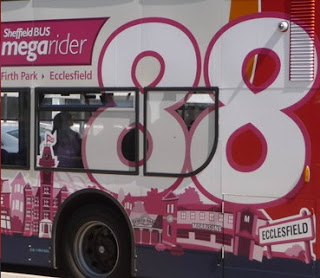 ... partly obscuring at least some of the windows.

Then there's Harry Potter. He has such a lot to answer for including this Mullany's Buses monstrosity which conveys Potter worshippers from Watford Junction Station to the studio. 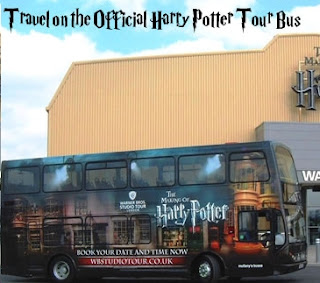 According to No. 3 son who lives nearby, the vehicle also does a school run before providing the Potter service. Apparently the teenage lower-deck clientele on their way to be educated look decidedly embarrassed to be so conveyed!

One of the great delights of bus travel is the view from the top deck. fbb's favourite seat is always top deck front nearside. You can see where you are going and keep an eye on the numbers of passengers alighting or boarding.

So here is a typical bus passenger enjoyng the view in Sheffield from that super seat. 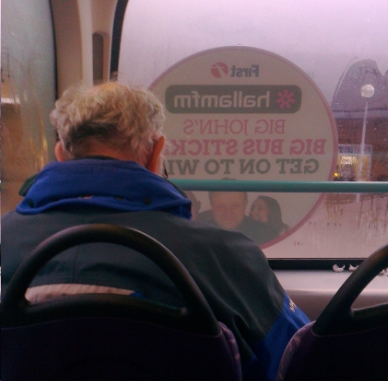 How unpleasant is that?

The problem is caused by an "appliqué" advertising campaign for commercial Radio Hallam. Dozens of buses have blobs in the worst possible place. 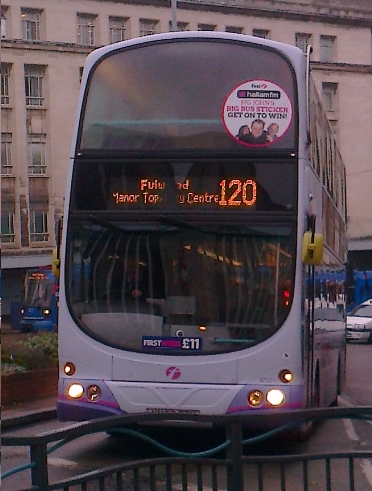 They are all over the place! Stuck on the outside effectively blocking that much-sought-after front seat view. 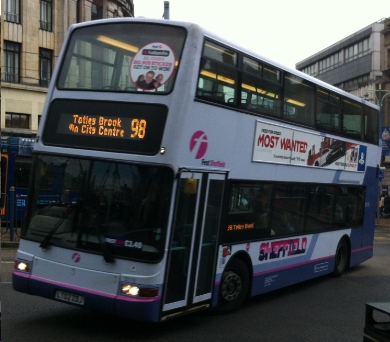 With a little bit of thought you could, Mr First, put your ugly great blobs on the top deck front windscreen without impeding forward viewing. So here is fbb's suggestion for blob positioning, produced by a bit of computer jiggery-pokery on the service 120 pic from above. 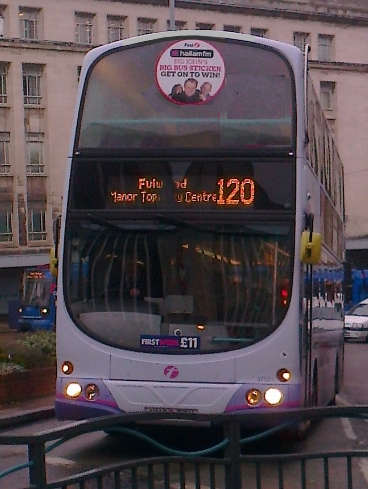 For seated passengers (and you are not supposed to stand on the top deck), visibility of the road ahead is not impaired.

Of curse, when Mr Fearnley was in charge of Harrogate and District, there was no external trade advertising at all. fbb wonders whether his arrival will presage a change at First. 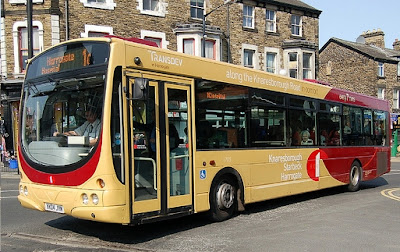 Lets hope that dots before the eyes, however small (Contravision) or large (blob adverts), will be confined to those with various sight problems and not forced on the rest of us! Clarity of vision is important as illustrated by today's "next blog" banner! 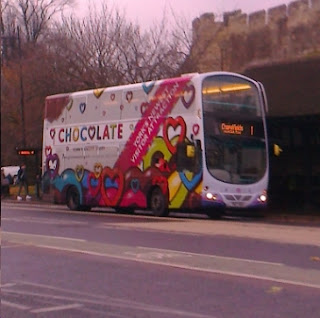 
Next Non-spotty Blog : Wednesday 20th November
Posted by fatbusbloke at 02:30