fbb gets some very odd public transport enquiries but this one "takes the biscuit".    fbb's No 1 son-and-heir (thats the one who's 35 and does clever stuff with computers at Oxford University) phones from Birmingham New Street Station. 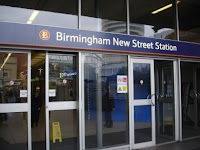 "Dad, I'm on New Street Station and looking for a train to Brierley Hill; can you tell me when the next one is due?" 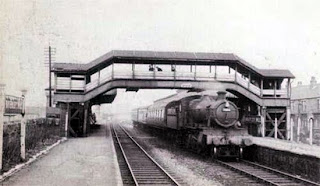 Therein lies the first snag.   Brierley Hill Station closed in 1962!   "What's at Brierley Hill that's so urgent?"
"I'm meeting man on a canal narrow boat who has just set off from Stourbridge and he thinks he'll be at Brierley Hill at 12 noon."
Now, planning a journey to a non-existent station to meet a slowly moving narrow boat at an indeterminate time would, one might think, tax the ingenuity of even the best Journey Planner system.   And No. 1 son even has one of those impressive phones that does absolutely EVERYTHING except make tea and toast!   (Shame!)
"How about getting to Dudley and then striking our from there?" suggests fbb.   The offer seems to meet with No. 1 son-and-heir's approval, although he is uneasy about the actual location of Dudley.   Son is dispatched to Colmore Row ... 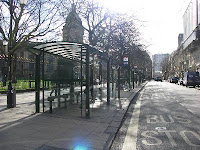 ... (an appropriately named row of bus shelters) to catch the 126 - the long standing former Midland Red bus route from Brum to Wolverhampton via Dudley. 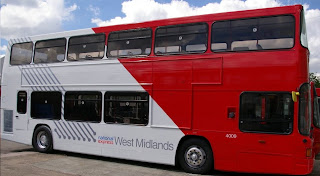 Of course what fbb had forgotten and No. 1 son never knew is that Travel West Midlands buses do not give change.  [What a really cheery way of encouraging the occasional visitor to use public transport!].   So son tenders a fiver and is told, firmly but politely that this won't do.   No way!   But, cheers all round; as No. 1 son put it "The driver saw that I was southerner and an idiot and gave me a free ride!"   Now there's REAL customer care for you!
So how did this all end? 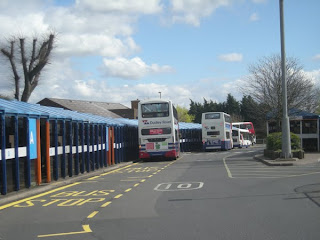 No. 1 son arrived at Dudley bus station, boarded a cab and with instructions from his mobile phone managed to get to a suitable narrow boat rendezvous.
I wonder what next.  How to get by bus, unicycle and coracle to meet a fisherman on Chiswick Eyot  (pronounced "eight").  By train, rickshaw and pogo stick from Leeds to the summit of Helvellyn?
P.S. Travel West Midlands fares are ludicrously cheap for long distance rides, so I guess the loss of one fare would be just about manageable; even in these straitened times!
Posted by fatbusbloke at 13:41