Church
The link for any who might wish to join the fbb's for their virtual church attendance should (technology permitting) is available here.

The Opposite Of Lockdown?
It was relatively easy to do the locking eight weeks or so ago - things were just told to stop and stop they did! But organising the opposite (clearly not Lock Up or even Unlock Down) is always going to be more difficult.

The apparently ludicrous impetus to increase the frequency of public transport whilst telling people not to use it is indicative of the problem.

As usual we can trust James Freeman, boss of First West of England, to offer his staff some words of uncertain wisdom. As the emphasis of the official response to the lockdown subtly changes, now that people who can’t work from home are being advised to go back to work, the Government is asking the bus industry to get ready to put our services back on the road, to provide sufficient capacity that people who have no alternative but to use public transport will be able to travel. The final discussions are still in progress but an announcement is expected early next week.

Our best guess as of today  (that is Thursday 14th May) is that we can expect remobilisation to start on Sunday 31st May - a fortnight on Sunday, BUT WE DON’T YET KNOW FOR SURE! In anticipation of this, we are increasingly bringing engineering staff back to work in order to prepare the fleet to reenter service.

Those drivers who are fit and available for work can expect furloughing to end when mobilisation happens, so watch out for announcements in the next week or ten days. Meanwhile, we are working with Trade Union colleagues across the company to work out social distancing strategies that will keep staff safe when we ramp up services. If you have been away from the depot you’ll hardly recognise some of the locations, after “the treatment”!

We are designing timetables intended to serve people going to work. These will concentrate on the 0700 to 1900 period on Mondays to Fridays, when we should be back to about 80% of service - which is almost as much as we can manage, given that we will still have about 400 drivers who are furloughed because they are self-isolating or shielding family members.

The fog begins to clear. There will be many workers who do not have access to a car and for whom cycling and walking are impossible. Social distancing means the capacity of the bus service is less than 25% of normal - so more buses will be needed, irrespective of the lack of passengers.

It is the chicken and egg conundrum of coming out of lockdown. Buses would ideally want to wait until the passenger numbers grow before expanding services BUT passsenger numbers cannot grow unless there are enough buses!

Meanwhile concerns are already being expressed in London about the lack of social distancing on the Underground at peak times. 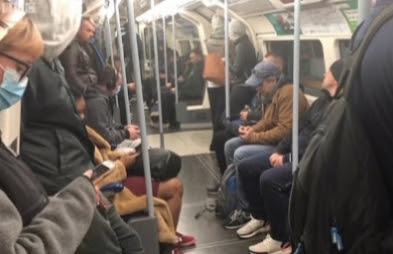 On the Bakerloo Line at least the driver is protected as the whole block of seats outside his door anf the vestibule leading to/from the platform are both no-go areas. 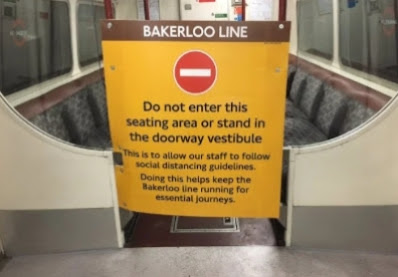 All this has prompted a London-centric version of HMG's current "advice". 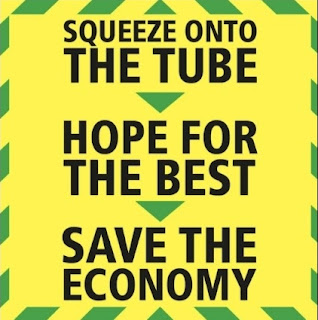 Meanwhile in this world of confusion and Covid, and following HMG's advice not to use public transport, London Mayor Khan has just announced increases in cost, time and days of operation for the London congestion charge. 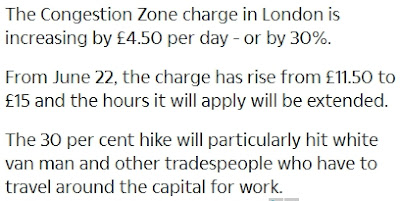 Have I got this correct?

If you have a car you can go anywhere. When you get there no refreshments or toilets will be available and the Lake District, seaside resorts and Wales say "Don’t come here, bringing your possible infection to us."

If you do not have a car or a bicycle, dislike long walks or the promised extra cycling facilities have yet to appear – stay at home. Don't use the buses (even if social distancing is no problem as they are almost empty all day).

On the other hand, the local paper is increasing the fear factor by reporting that ...

Passengers for the 55 out to Swan Valley industrial estate are not queuing properly for the bus or wearing face masks prompting more harrumphing on Facebook.

A Video posted on social media showed a scrum balttling (sic) to board early-morning Stagecoach services in Northampton town centre, most of them not wearing anything on their faces to help stop the spread of the deadly bug.

As yet no scientific evidence has been provided to suggest that wearing fabric masks made out of granny's old bloomers - in practice rather then in fear-founded theory - can do anything to stop those nasty and very tiny viri escaping from or entering in to a person's breathing tackle. One cynic said, "It's about as protective as spitting through chicken wire." 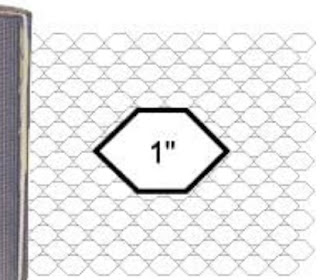 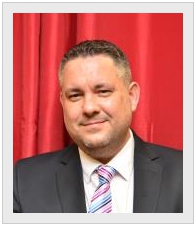 ... announced that the household waste recycling centres will re-open from Monday 18th – but only for “essential” waste.

The Chronicle (local rag) has mined a rich seam of indignation.

Confused Council Tax payers who have waited eight weeks for Northamptonshire's rubbish tips to open are now not sure if they are allowed to use them.

They queued up to criticise the County Council on the Chronicle & Echo Facebook page after it was revealed the tips will be open for "essential rubbish" only.

Jenny Bonsor, from Northampton, said: "Surely its essential if you have loads of rubbish and living with kids?

And Jade Howes, also from Northampton, added: "How can they judge what’s essential and what’s not?"

Sarah Higgs hit back: "What the heck is "essential" rubbish? Rubbish is rubbish. We need the tips open, the amount of fly tipping going on!"

And Keely Smith added: "I don’t understand the mentality of this! We can clearly all look forward to even more fly-tipping - which is a health and safety hazard."

Elsewhere ...
... a final snippet on this vexatious and controversial topic. How about publishing HMG's "advice" for the benefit of non-Londoners, those dwelling north of Watford? 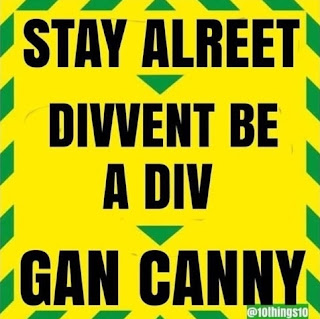 In Sheffield ...
... Stagecoach will increase services on three Sheffield routes from Monday 18th. As of Saturday 16th at 1730 the only source of this information was a list of start times for the extra journeys; as per the extract below.

Stagecoach may not be aware that public bus timetables in Sheffield went over to the 24 hour clock in 1966 - so no rush to comply, folks!

But no amended timetables - ANYWHERE!

If timetables WERE available, they would now look like this ...

...  with extra "short workings" from tomorrow; times which should be on GoTimetable later today.

Happier In Harrogate ...
... with two snazzy "new" double decks, or, to use Transdev-speak, "twin decks". 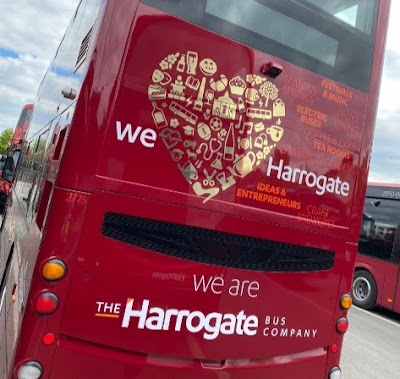 And very smart they look, too.

A glance at the registration plate ... 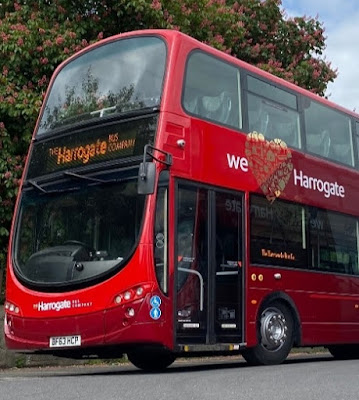 ... does reveal that they are not actually new vehicles, allbeit new to Harrogate. 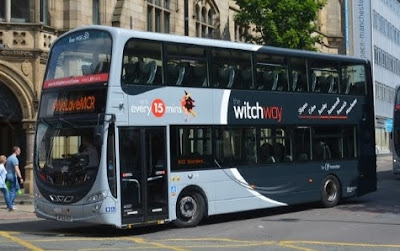 They are recycled Witchway motors, but still very nicely re-presented. 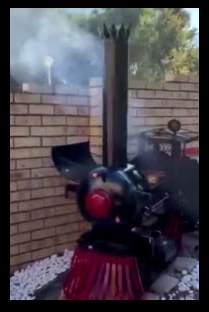 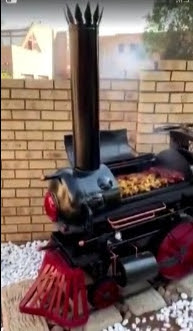 ... with a couple of trucks to accommodate cooking implements and fire raising materials. 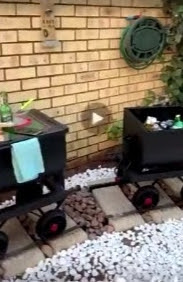