Castles In The Square (2)

It is perhaps fitting that in the week when we remember the joys of V E Day, we shall also give a thought to the horrors that were formally brought to an end on May 8th 1945.

There will always be mixed feelings in Sheffield when we look at photos of the Sheffield Blitz. In a gesture of defiance of the Luftwaffe's onslaught the city fathers began to plan a spectacular rebuild.

The Sheffield Blitz is less well known that that at Coventry but it was still grim in the extreme.

Thursday 12th December 1940
At about 9:30 pm a stick of bombs fell on Campo Lane and Vicar Lane, demolishing the West end of the Cathedral. At about 10:50 pm a 500 kg bomb fell on and destroyed the C&A and Burtons buildings opposite the Marples Hotel in Fitzalan Square. 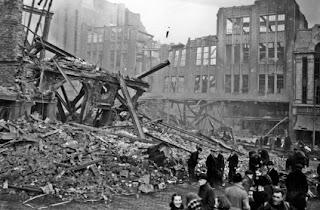 Marples Hotel (left) with C & A opposite then and after rebuild 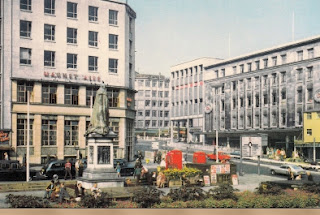 At 11:44 pm, The Marples Hotel itself received a direct hit. It is not known exactly how many people were killed but approximately 70 bodies were recovered from the rubble. This was the single biggest loss of life in the attacks. The majority of the bombs on this night fell on the City Centre and nearby residential areas with the last bombs falling at 4 am.
every dot, a bomb 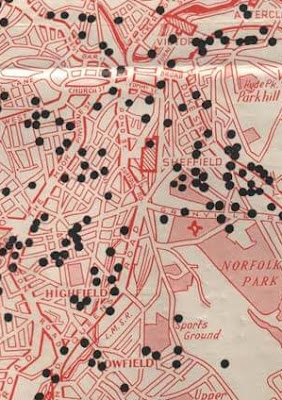 Sunday 15th December 1940
Sunday, the second night of the Blitz saw the first use of a new German policy for their pathfinders. High-explosive bombs were no longer carried and were replaced by incendiaries. The main raid was carried out by 50 Heinkel 111s and 11 Dornier 17s. The raid finished at 10:15 pm. Many steelworks received hits, including Hadfields, Brown Bayleys and Steel, Peech and Tozer Ltd, although the damage was not serious enough to affect production. 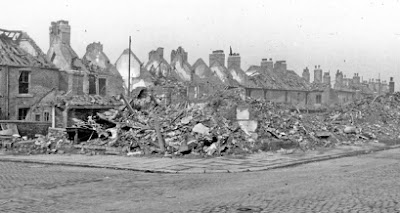 A total of 78,000 homes received damage. Six George Medals were awarded to citizens of Sheffield for their bravery during the raids. 134 victims of the raids were buried in a communal grave in City Road Cemetery. 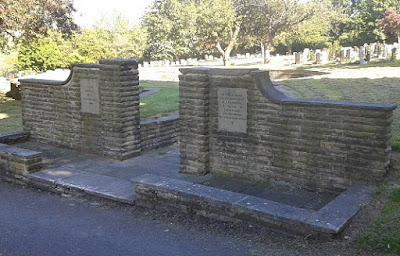 And, of course, public transport suffered ... 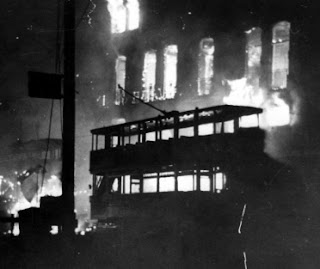 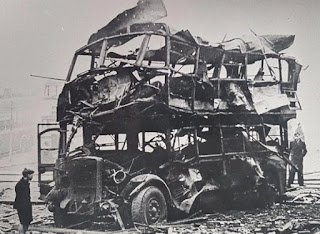 ... but, with gargantuan effort from Sheffield Transport and the Council's work force, services were relatively quick to recover.

Out of this devastation came a grand plan for a fresh start. 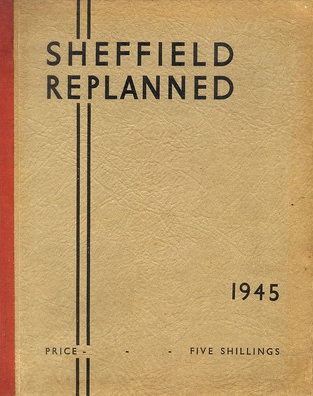 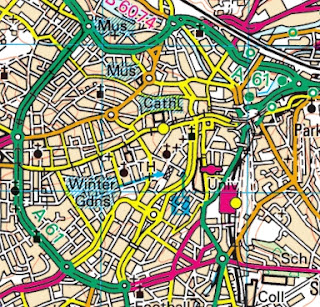 ... and a grandiose civic circle framing the rebuilt city centre. The highlight of this would have been a huge civic square to the north of the town hall ... 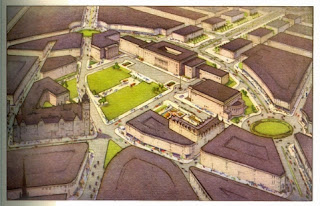 ... and approached from the west by a grand boulevard blasting through the suburb of Broomhall!

It never happened. Indeed, development of that corner of the city centre has only really started to come to fruition in recent years. No grand open space, no imposing civic building ... 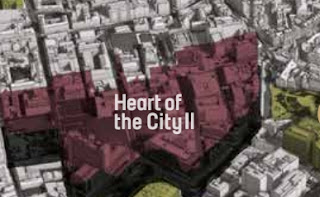 There would be a massive bus station opposite an enlarged college ... 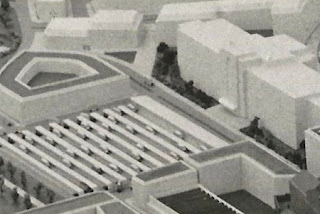 ... which did materialise, although in a somewhat different form. 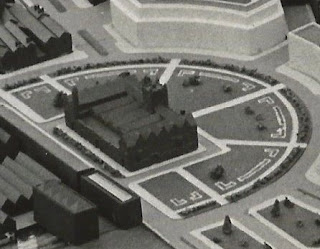 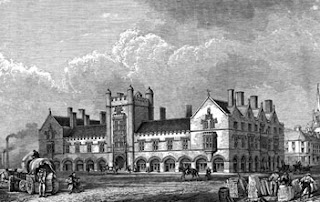 ... was thwarted when it caught fire in 1947 and was eventually demolished. Its replacement ... 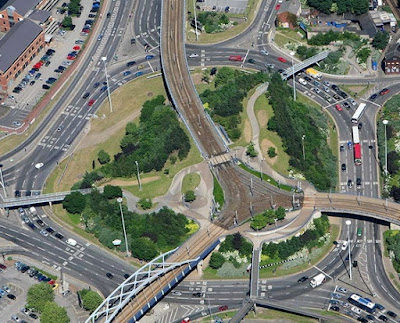 Had the whole plan been completed promptly, Sheffield's centre would have been truly magnificent by the 1960s - but it didn't and it wasn't.

But the part of the plan that was, eventually, completed was the rebuild of Angel Street and Market Place, the creation of the new Arundel Gate, all centred on Castle Square. 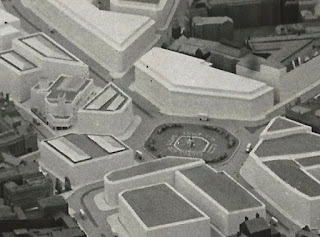 This route runs from bottom right to to left in the picture above. And it was planned to be a square Square!

It is how this junction has affected public transport in the City of Steel that will emerge in tomorrow's blog.

A Personal P S
Today is the fbb's youngest son's birthday. He is 40! 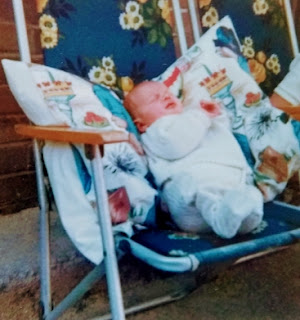 May 1980
It does make the old folks realise that they are old!

Next Castles blog : Wednesday 6th May
Posted by fatbusbloke at 02:00