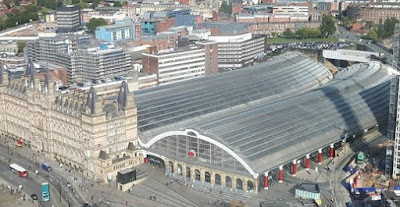 For fbb, two large cities get the "award" for the least visited. They are Newcastle upon Tyne, which your author has passed through or changed at several times and Liverpool, visited less times than the number of digits on one slightly podgy hand (i.e. less than 5)!

In recent years, Liverpool's Lime Street has regained something of the magnificence that its original designers and builders intended.

So, first, a bit of history. 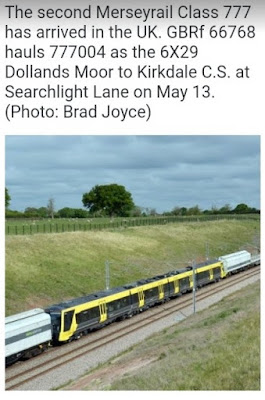 Thus it is that fbb concentrates his literary skills (?) on Lime Street and its approaches. The reasons for this apparently sudden interest will be clear in due course; but, for the time being let us start at the beginning.

The Liverpool and Manchester Railway was the first "inter-city" railway in the world. It opened on 15 September 1830. It was also the first railway to rely exclusively on locomotives driven by steam power, with no horse-drawn traffic permitted at any time; the first to be entirely double track throughout its length; the first to have a signalling system; the first to be fully timetabled; and the first to carry mail.

The terminus was at Crown Street ... 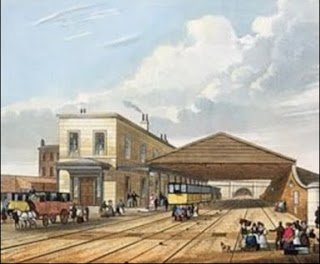 ... approached by a short tunnel which climbed UP from Edge Hill station. There was a small goods yard at the terminus of which the gateposts still stand on Crown Street itself. 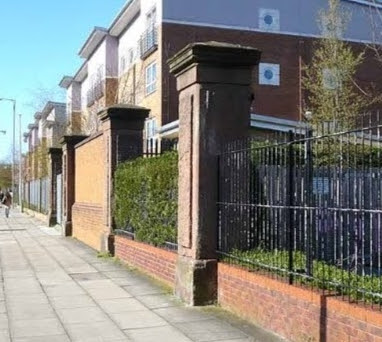 The first Edge Hill station was in a rock cutting ... 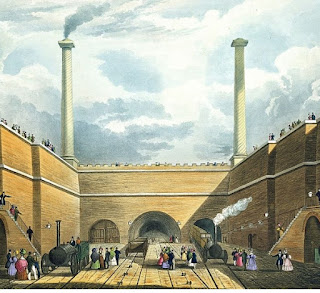 ... and the western exit was by tunnel, the right hand bore leading to Crown Street. Steam hauled trains abandoned their locomotives at Edge Hill and trains were hauled up by ropes powered by stationary steam engines.

At the other end of the station was a splendid archway ... 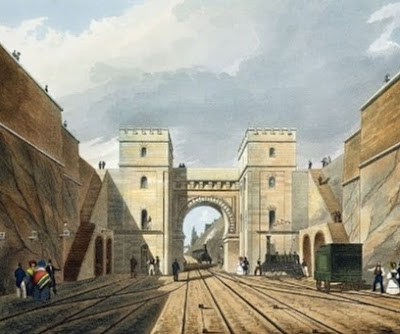 ... forming a grand and distinguished welcome to passenger on the world's first inter city railway.

The central bore leading from Edge Hill was another first. It was the first tunnel to ber dug under an urban area and it led DOWN to the Liverpool Docks. Again it was rope worked. At the foot of the slope was yet another world first, namely the first station dedicated solely to goods. 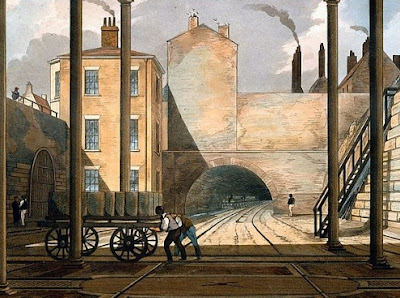 The depot and the tunnel both bore than name of the dock, Wapping. 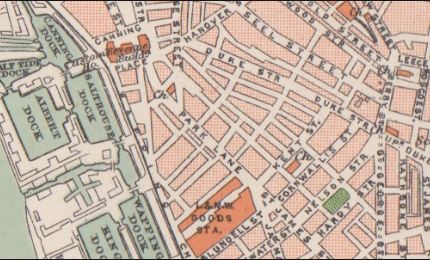 Here is a picture of the tunnel exit in its later days ... 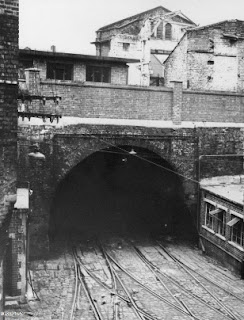 ... and looking from the tunnel back into the huge goods warehouse. 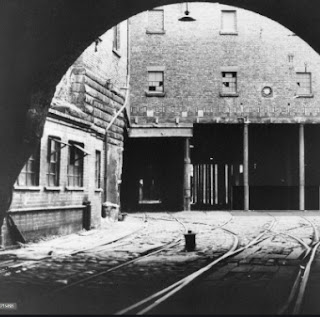 Of course, nothing is left of this massive pioneering freight facility with one possible exception, namely ... 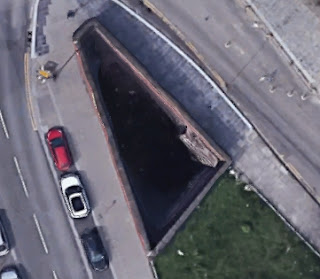 ... and unexplained triangular "hole" at the road junction of Park Lane, Jamaica Street and St James Street. The goods depot was later renamed Park Lane to avoid confusion with another good terminal nearby.

A more likely piece of evidence is the tunnel portal just a short distance away. 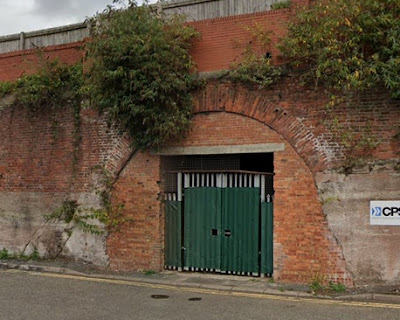 The Wapping Tunnel was subsequently adapted for steam engine haulage and to that end a series of vents were built, one in the goods yard close to the site of Crown Street station. 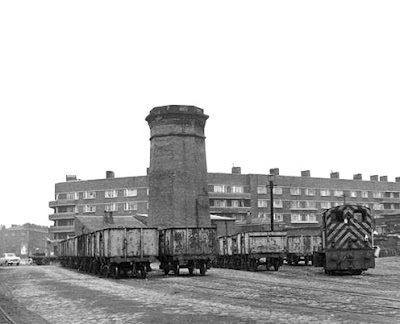 This area has been landscaped, leaving the somewhat mysterious shaft as a features of a small park. 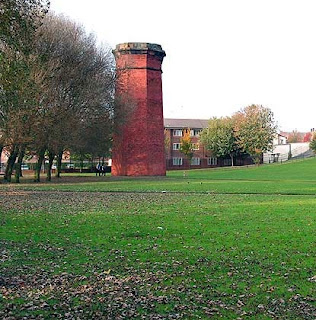 But Crown Street was a very short lived passenger terminal although the good yard remained until 1972 when it was closed. The Wapping Tunnel lasted a few years more according to Cobbs atlas.

It was quickly obvious that this tiny little terminus station would be unsuitable as railway business grew rapidly. It was also not well placed for the centre of Liverpool.

Edge Hill station was rebuilt a tad further north and a new line, originally in tunnel and also rope worked was was opened in 1836 to a terminus near Lime Street.

The expansionist policy was wise indeed as in 1864 the line from London, Birmingham and Runcorn joined the original Manchester line just to the east of Edge Hill. 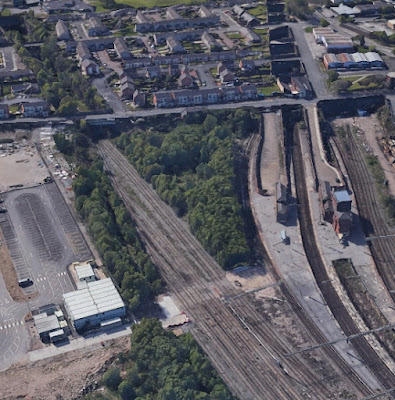 ... disappearing top left in the above view. The current route to Lime Street can be seen in cutting upper right.

But Edge Hill has one final historical "secret" that fbb will reveal tomorrow. 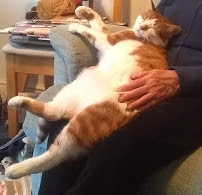 It sure is a hard life for a busy domestic cat!

Next Lime Street blog : Wednesday 20th May
Posted by fatbusbloke at 02:00