From Edge Hill station (bottom) to the terminus at Liverpool Lime Street (top) the railway uses a series of cuttings and short tunnels. When the pioneering Liverpool and Manchester Railway decided to move its main station from Crown Street, it was faced with digging a long double-track tunnel. 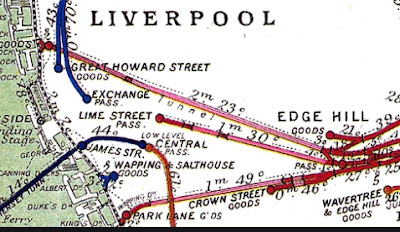 As with the Wapping  and Victoria/Waterloo tunnels, it was, at first, rope-worked.

Trains would lose their steam engine at Edge Hill and roll down the slope powered by nothing other than gravity. Speed was controlled by the train brakes in the hands of the guard.

A rope would haul trains back up the hill powered by stationary steam engines at the top. 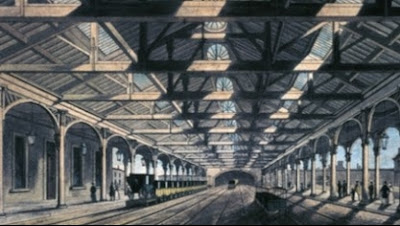 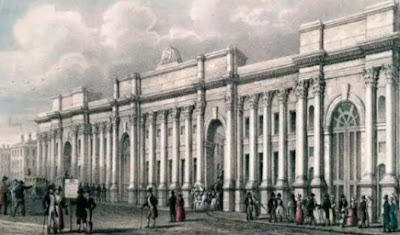 Lime Street station No 2 was, as might be expected, an imposing edifice which included four magnificent arched entrances; except that you could enter through only two of them! Two equally imposing monoliths stood outside for a time. 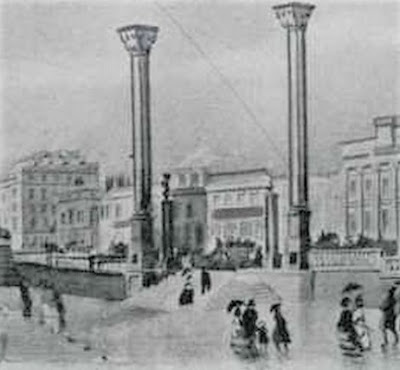 Further enlargement was needed and just 18 years later a new arched train shed was constructed, the same curved roof that is in use today.
1867 onwards 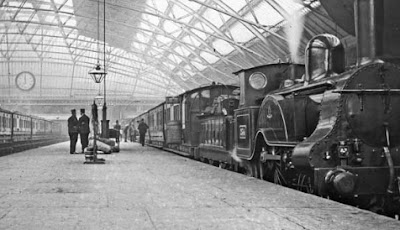 The next big change came with the opening of the North Western Hotel providing an even grander frontage for the new train shed.
1871 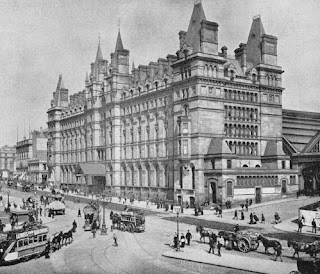 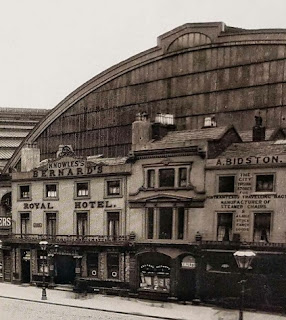 ... but with a less imposing frontage!

From 1879 rope working ceased and steam locomotives worked both up and down the slope to Edge Hill. But by then, it was obvious that the two track tunnel, as well as being almost permanently filled with smoke, had insufficient capacity for the expanding railway.

Accordingly, and with massive expense and disruption, the two track tunnel was opened out to create a four track cutting. This was a huge undertaking as can be seen in the following pictures. 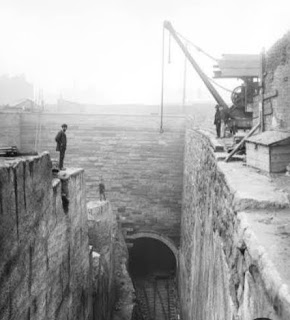 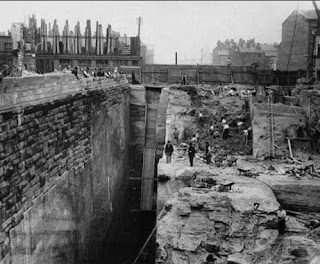 The arches were built 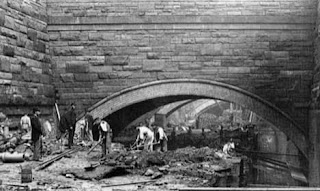 then the rock was cut out

with temporary protection for the tracks 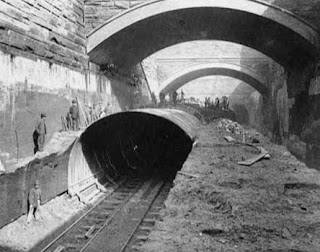 the old tunnel roof was removed 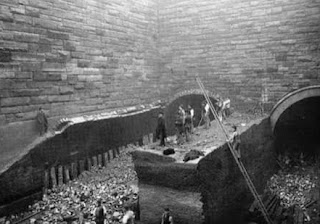 The result is the familiar entrance to Lime Street that enthusiasts drool over ... 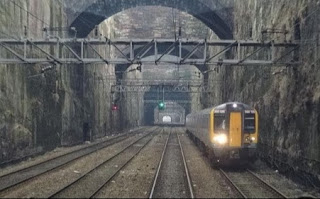 ... but which most travellers hardly notice. Whatever their interest, few get the privilege of a view from the cab, as above! Pity; if they did they might appreciated the engineering skill that gerts them from Edge Hill to Lime Street today.

Back to the terminus itself.

The clutter in front of the southern train shed was cleared away and replaced by new clutter. 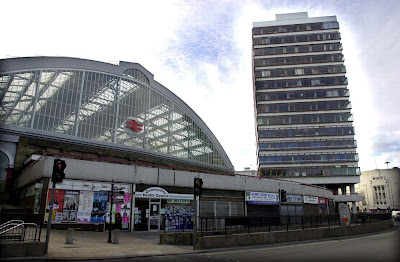 The tower block and the modern clutter was subsequently demolished (hooray!) revealing the trainshed in all its glory. 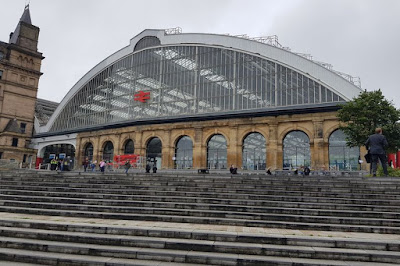 There is a lift if the steps put you off! 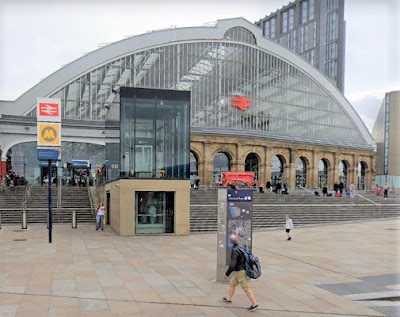 It spoils to frontage butp is necessary - even the once sprightly fbb appreciates a lift, especially if burdened with luggage!

The North Western Hotel has had a varied existence. Closed in 1933, subsequently re-opened - then closed again becoming an ofice block! Its most recent manifestation has been as a hall of residence for John Moores University. 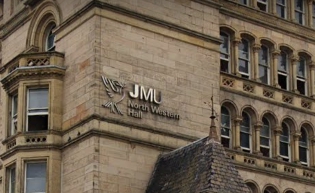 But later this year the building will re-open as the Radisson Red North Western Hotel.

Bet it will be expensive. It always was posh!

Whether for a meal in the Grill Room ... 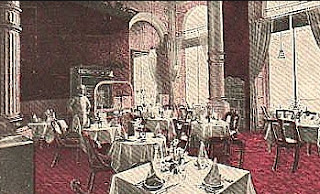 ... or a pleasant afternoon tea before setting orf ... 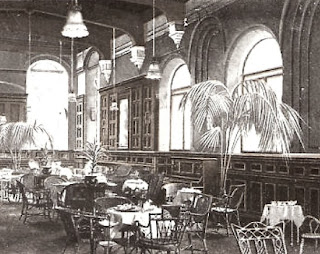 One of tomorrow's "oddments" will explain what has re-awakened fbb's interest in Lime Street station. 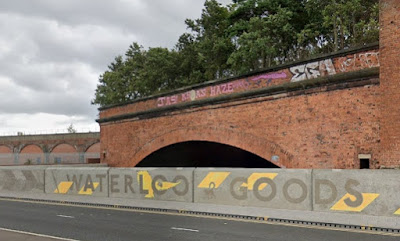 The "Grand Arch" was the exit from the Waterloo Tunnel where the route had also just passed under the lines from the north into a terminus at Liverpool Exchange station ... 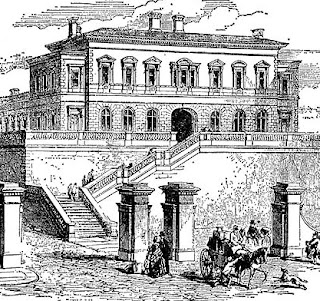 ... and not Central. The underground link via Central to Hunts Cross was part of the rejig of Liverpool suburban lines (now Merseyrail) developed in the 70s. 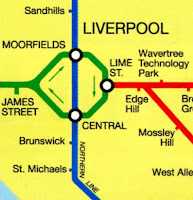 Next oddments blog : Saturday 23rd May
Posted by fatbusbloke at 02:00